February is one of my favourite months. Not only do red and pink hearts predominate, but there is a proliferation of events, displays, and articles celebrating the contributions of Black Canadians as part of Black History Month. 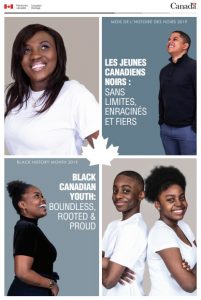 Growing up in the southern United States and in the Caribbean, I was introduced to the richness of Black history as a young White Canadian who quickly had to learn the historicized dynamics of race in ways I had not encountered in Canada. Reading and learning about Black people in American and Caribbean history – or, better said, in reading about American and Caribbean history from the perspectives of people from the African diaspora – I was introduced to the complicated and intersectional dynamics of history that explained both the overt pride and visceral anger I saw in the quasi-segregated schools I attended. Learning history from these perspectives allowed me to see a richness and explanation in history in ways I hope to have carried with me in my own work as an educator and historian in Canada.

In particular, over the last 15 years, I have been dedicated to creating opportunities for young people, especially young people of colour, to learn history “meaningfully,” that is with content and instruction that has significance to young people’s lives now and in the future, both inside and outside the classroom, framed with interpretations of the past that align with students’ sense of familial or community history in and for the wider world. I have found that this sense of “meaningfulness” is what students want from their history education and that it comes from teaching histories that are both complex and connected to students’ lives.

This commitment to teaching complex and connected histories means that I do not teach, or advocate for Black histories to be taught, in small boxes removed from larger narratives of Canada. Drawing on my experience in how I learned to love history, I teach, and advocate for Black histories to be taught, as Canadian histories; as histories that demonstrate the ways that power and privilege are woven into the past and present of Canada, especially as it relates to race, gender, and class.

I recognize the popular critiques about Black History Month – that, for example, it segregates history by and about Black people into one month – but leaving those debates aside, I have always enjoyed Black History Month because for me it demonstrates this meaningful engagement in history, this complex and connected engagement in history, that frankly, I see at few other times.

Black History Month has its roots in the 1926 “Negro History Week” created by the son of former slaves, Harvard-educated Carter G. Woodson. 50 years later, in 1976, this week expanded to a full month in the United States, although Kent State University had been celebrating a whole month since 1970. While there are familiar jokes about Black History Month being relegated to the coldest and shortest month of the year, Woodson choose the second week of February to commemorate the birthdays of both Frederick Douglass and Abraham Lincoln and the longer month-long celebration continued this tradition.

Canada did not officially recognize Black History Month until 1995 after a motion by MP Jean Augustine, and only eleven years ago, in 2008, Senator Donald Oliver led the Senate in a unanimous motion to official recognize Black History Month in Canada. However, even without these official declarations, Canadians have been celebrating Black History Month along with their American neighbours since the 1970s. Canadians, just like Americans, were inspired by what a month-long celebration of Black history represented: a sense of pride in the resilient histories of people from the African diaspora. 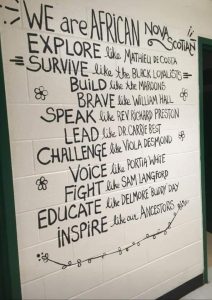 This pride has continued into the present. As I mentioned, as soon as February starts, I see a proliferation of event notifications, social media posts, and articles that use the opportunities afforded by dedicating a whole month to teaching about Black history. From these, from even just their promotion, I sense the excitement, possibility, creativity, and hope in reaffirming connections to past in ways that have visceral relationships to people in the present.

And this, this sense of affective pride and connection to a past that stretches forward and backward in time, is what Black History Month can teach to history the rest of the year.

A friend and I, for example, still talk about the power of a Historica Canada event we attended in 2016: An Evening Celebrating Black Canadian Women. When I think about it, the talks by Jully Black, Cameron Bailey, Trey Anthony, and others, seemed to have little to do with capital-H history. But at the same time, the way the energy pulsed in the room, the ways the audience called out and cried as the speakers talked, the way we talk about this event three years later, also demonstrated how the event had everything to do with history: The speakers were telling (hi)stories that made up our lives.

It goes without saying that is it not enough to teach histories by and about Black people solely in the month of February – Black history should be taught all year long, along with other histories that have been sidelined by grand narratives, such as the histories of Indigenous peoples, women, people of Asian descent, etc. But rather than an add-and-stir or drag-and-drop method, national histories have to be rethought, redeveloped so that what counts as national, mainstream histories are those connected and complex narrates that challenge what “mainstream” history actually is. And this won’t happen with the same standards of history that has written some of these experiences of out of the mainstream. Instead this will happen by rewriting what history can and does mean when it is viewed as an affective, storied connection to a complex past.

This, to me, is what Black History Month can teach history the rest of the year.

Dr. Samantha Cutrara is a History Education Strategist and is currently at York University as a Curriculum Strategist. Her first manuscript, Creating a New “We”: Canadian history education for the 21st century, will be published by UBC Press by the end of the year. Find more information about her consulting and academic work on her website SamanthaCutrara.com.

*A big thanks to Candice Joseph for feedback and conversation regarding this article.