The early 1930s were marked by considerable labour unrest in Canada. Over this period, workers developed new, more expansive forms of trade unionism, as well as new tactics such as sit-down strikes and flying pickets. In the context of the great depression, this unrest was not only evident in the country’s factories, mines, and ports; workers and their unions also began organizing outside of these traditional workplaces. Perhaps most famously, this organizing included unemployed workers and those toiling in Canada’s relief camps. Less well known, however, are the ways in which Canadian prisoners participated in this labour upsurge, adopting trade union tactics to suit their particular situations, and demanding improved conditions, political representation, and wages.

On 1 September 1934, seven prisoners working in the mailbag shop of the BC Penitentiary began a work refusal. The strikers were quickly escorted back to their cells and locked up. A week later, two prisoners replacing windows in the penitentiary died when the scaffolding they were working on collapsed, while a third prisoner was seriously injured. In the wake of the accident, renewed strike activity spread through the institution, and by 11 September, around 100 prisoners were refusing to work. The prisoners had a number of grievances, but their main demands were for the recognition of a prisoners’ committee to represent their interests vis- à-vis the prison administration, and the implementation of wages for work. Chants of “wages, wages, wages” could be heard over the prison walls.[1] 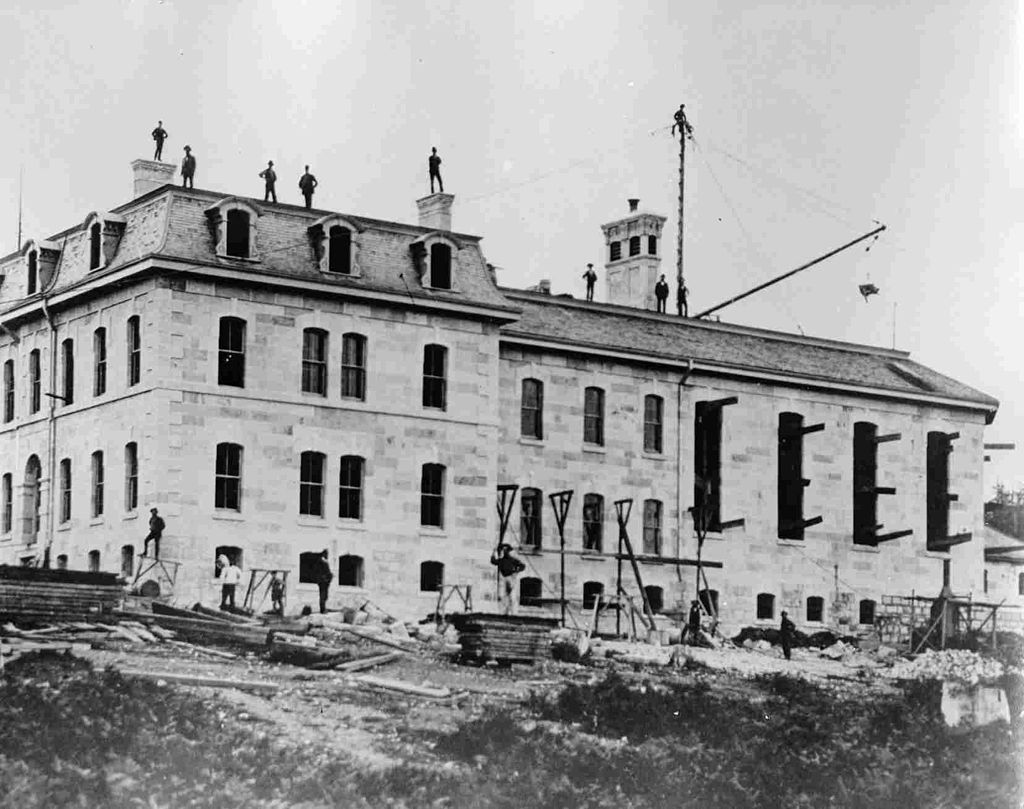 Prison officials tried to downplay the extent of the strike, and denied allegations that the protest was in part triggered by the deaths of the two prisoners killed in the scaffolding collapse. General D.M. Ormond, the Superintendent of Penitentiaries, reported to media that wages for prisoners would cost at least $78,000 per year, significantly adding to the cost of $570 per prisoner per day incurred by the Penitentiary Service. A costed plan to pay prisoners prepared for the Minister of Justice had been rejected by the government just one year earlier.

The strike—like many others in the 1930s—was marked by violence. Scabbing prisoners were subject to verbal abuse and by 14 September, an unknown number of strikers locked in their cells, and with no other means to escalate their protest, briefly rioted by smashing windows, toilets, beds, and furniture. By the next day the riot had been “quelled.” The warden, Colonel H.W. Cooper, asserted that order had been retained and that the demands of the strikers had been refused. In the aftermath of the strike, perceived ringleaders were subjected to corporal punishment on orders of the warden.

The battle for wages at BC Pen had been lost, but the prisoners would ultimately prevail. On 1 January 1935—less than four months after the strike at BC Pen—the federal government instituted a 5 cent per day wage for working prisoners. The Globe described the new policy: “Convicts in Canadian penitentiaries are to receive five cents each working day, and must be of good conduct to get it. This does not seem like much but, as with interest, there will be quite a lot of it when computed at the end of a long term of imprisonment.”[2]

The controversy surrounding prison labour and its remuneration was far from resolved in the 1930s. Indeed, prison labour has once again become a major source of controversy in the United States, where many prisoners work a variety of jobs without pay. Notoriously, this is justified by a clause in the 13th Amendment, which abolished slavery and involuntary servitude, “except as a punishment for crime whereof the party shall have been duly convicted.” Even in jurisdictions where prisoners receive some compensation, wages are often abysmally low—mere pennies per hour of work.

While Canadian prison labour and its according wages have not faced nearly the same scrutiny as in the US, similar issues persist here. The contemporary wage scale for Canadian prisoners was introduced in 1981. Under that system—which took into account the costs of room and board and other administrative costs—prisoners could earn up to $6.90 per day. Those wage rates remained frozen for over thirty years, slowly but continuously eroded by inflation year after year.

In 2013, the governing federal Conservatives implemented a policy to “restore balance” in the criminal justice system. The government increased room and board costs and other mandatory fees for prisoners, effectively cutting earned wages by 30%. Additionally, prisoners working for CORCAN, Canada’s prison industry program, would no longer receive incentive pay which, at $1.25-$2.50 per hour, substantially augmented some prisoners’ pay. Prisoners responded with an unprecedented nation-wide strike, involving nearly half of the country’s federal prisons. The strike lasted nearly a month before quietly fizzling out. In this case the prisoners lost the strike and the government policy remained unchanged. Still, the 2013 strike clearly demonstrates the way that prison and correctional policy, prison labor, prisoners’ wages, and trade union tactics such as the strike are interwoven in the politics of prison in Canada.

The complex and contradictory ways that labour interacts with systems of incarceration in Canada will be explored in more detail in an upcoming workshop, Labour and the Canadian Carceral State. It will be held on 14-15 March 2020 at Brock University. The workshop seeks to bring together scholars, activists, educators, artists, community members, and others – who might otherwise remain separated because of disciplinary boundaries, occupations, the stigma of the criminalized, legal barriers, and/or accessibility to academia – to discuss the contemporary and historical intersection of labour and incarceration in Canada. We are currently seeking workshop participants, and the extended deadline for proposals is 1 May 2019, although late submissions may be considered.

While issues of carcerality in the United States are increasingly subject to critical examination, this has been less true in Canada, despite the existence of a wide range of factors both similar and dissimilar to those of Canada’s southern neighbour. The Canadian carceral state is not limited to police lockups, provincial and territorial jails, and federal prisons. Canada has a long history of state-enforced confinement in the forms of work and internment camps, reserve systems, migrant work programs, mental health institutions, and more. These institutions were—and in many cases continue to be—deeply intertwined with issues of work and labour. While important scholarly work is being done on incarceration in Canada, these efforts are often segregated in different academic disciplines within the humanities and social sciences. As such, this workshop provides an opportunity for scholars of work, labour, and incarceration to engage in direct dialogue across disciplinary boundaries.

Jordan House is a PhD Candidate in Political Science at York University and is a sessional instructor in the Department of Labour Studies at Brock University.