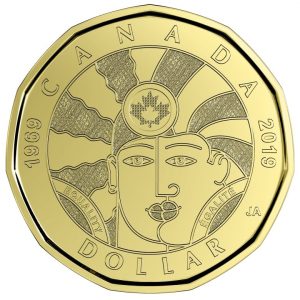 The theme for Toronto Pride this past weekend was ‘FREEDOM.’ The theme was selected, in part, to commemorate the 50th anniversary of the Stonewall Riots. Widely seen as the impetus towards the modern gay rights movement, the uprising in New York City overshadows another event in the movement’s history that is being commemorated by the Canadian federal government this year. In early 1969, Bill C-150, an omnibus bill passed by the Pierre Trudeau government received Royal Assent. Among the plethora of amendments to existing laws, the bill decriminalized consensual acts in private between individuals over the age of 21.

In many press reports marking the anniversary, it has been suggested that the bill decriminalized homosexuality in Canada. Furthering this narrative, the Royal Canadian Mint is releasing a Loonie to commemorate the occasion. As has been noted here at Active History, there are people within the LGBTQ2+ community that object to the classification of Bill C-150 as decriminalizing homosexuality. With thousands of people being arrested in raids following the act’s passage, among other things, there is ample evidence to counter the narrative of decriminalization. That does raise the question, however, of whether this is an anniversary worthy of commemoration and, if so, how it should be done?

In this episode of the History Slam, I talk with Aaron Boyes and Corey Beaton about Bill C-150 and its contested commemoration. We talk about the bill’s contents, how politicians discussed homosexuality at the time, and the immediate impact of its passage. We also debate the 50th anniversary commemorations, how nuanced discussions fit into wider Pride events, and the need for LGBTQ2+ representation in national celebrations.

Sean Graham is a contributing editor to Activehistory.ca and the host/producer of the History Slam.