In 2015 we celebrated seven years of Active History by hosting the New Directions in Active History: Institutions, Communication, and Technologies conference to further conversations about Active History and engaged historical practice. A set of reports and videos from this conference still live on our website.

Karen Dubinsky and Franca Iacovetta’s “Baba Wore a Burqa, and Nona wore a Niqab” is a post from 2015 that continues to spark conversation. 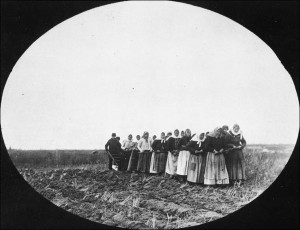