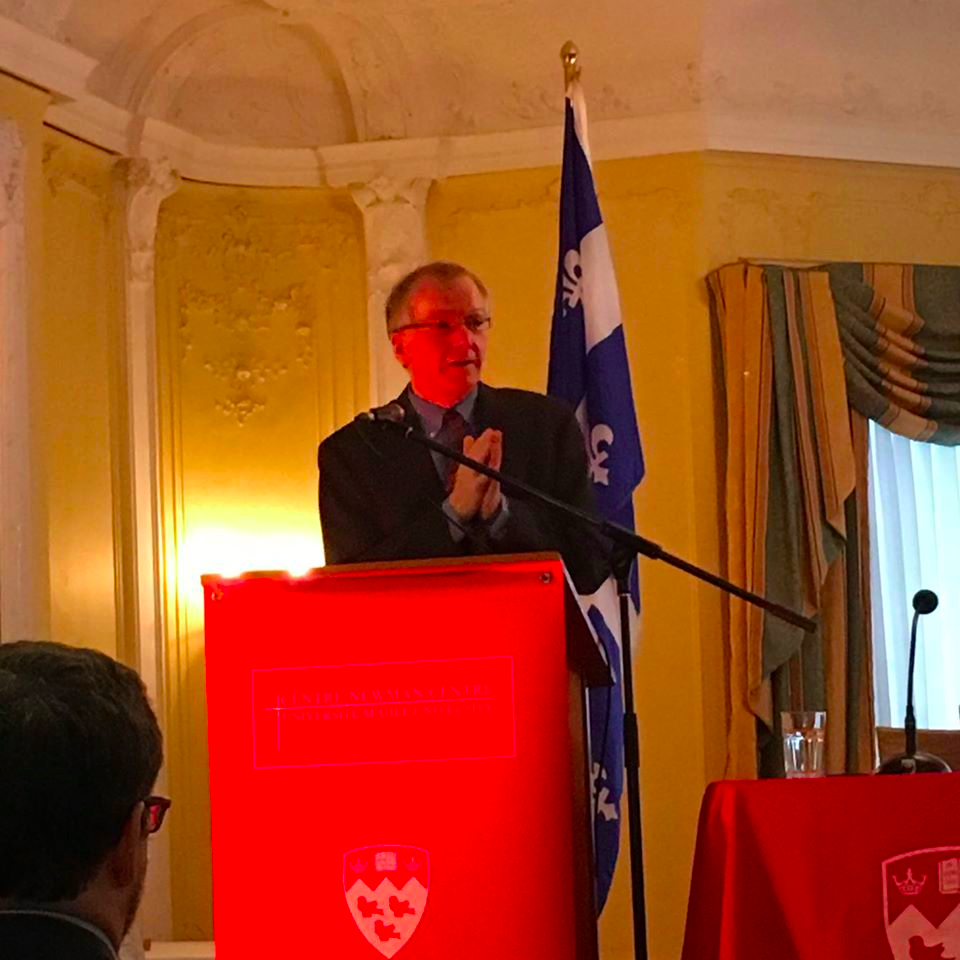 “I just hope he’s at a cottage without a cell signal and wi-fi.”

I said that to my mother-in-law several times during a recent visit to Cape Breton. After all, I told her, the book project that Greg Donaghy was co-editing with myself and fellow historian Stacey Barker had recently been progressing ahead of schedule (Breaking Barriers, Shaping Worlds: Canadian Women and the Search for Global Order, UBC Press, 2021). Perhaps he felt no need to respond to my texts and emails quickly. But even as I said it, I knew it was not right. If Greg was anything, he was conscientious and dedicated to his work. Emails, texts, and phone calls rarely went unanswered. The thought of him lounging at a cottage while his inbox filled up was, in fact, patently un-Greg-like, but I did not let myself think about alternative explanations. I had been waiting to hear from him for some guidance before I undertook a few revisions to our introduction. On July 5, we all learned the terrible truth – a heart attack left Greg in a coma, which led to his death on Canada Day.

Greg had recently retired from a career in the civil service as the head of the historical section of Global Affairs. There, his achievements were many, including editing six volumes of the Documents on Canadian External Relations (DCER) and serving as General Editor for the series. In “retirement,” he became Director of the Bill Graham Centre for Contemporary International History at Trinity College, a perfect fit for his interests. He was well known as an prolific writer. Often, in researching a paper, I wished for information on some particular nook or cranny of post-war Canadian foreign policy, only to find out that Greg had already published a paper on it, or co-written a paper on it, or it was the subject of a chapter within a collection he had edited or co-edited. His writing was not only voluminous, it was eloquent. As I write this now, I am thinking about how Greg might edit it, trying to avoid the cumbersome style he disdained.

Others who knew him longer can better speak to his long career as a civil servant and academic. How I, and many other scholars of foreign policy will remember him best, is by his unofficial career as a mentor. As a PhD student, I looked at the decidedly male nature of my comprehensive exam reading list and worried that I had chosen a field marked by an old boy’s club, emulating the style of the storied “Ottawa men” that they read and wrote about. If this was the case, Greg had no interest in it. My first encounter with Greg was at Library and Archives Canada. I had a box that he needed – at that time he was researching his biography on Paul Martin Sr. – and he sought me out in the reading room and asked me to notify him when I was finished with it. I remember not feeling very good about my interaction with him. I fumbled, unable to find a polished answer to some simple questions he posed to me about my dissertation project. I believed I had made a bad impression on someone important in our small academic world. If I had, it seemed not to matter much. Some time later I received an email from him, directing me to some archival material that related to my dissertation and which would have been impossible to find without the tip.

What I learned about Greg was that it did not much matter to him who you were. He was concerned with three things: could you do the work? Could you do it well? And could you do it on time? He enjoyed collaboration and mentorship. When he organized a conference on history of Canadian development assistance at Global Affairs Canada in 2016, he said explicitly that he wanted junior scholars to present at it, to upend expectations about what might have been the anticipated line-up of senior foreign policy historians. Many of those who eventually presented, and went on to publish in the edited collection that he co-edited with David Webster, were PhD candidates or recent graduates like myself. His experience with the DCER gave him a nearly encyclopedic knowledge of archival material related to Canada’s foreign policy, invaluable knowledge he was happy to pass along. Collaboration was something he clearly enjoyed, but he also saw it as an opportunity to teach, and not just for academic matters. He always used the phone when he had a request, and I later realized the reason when he advised me, “always call when you need something – it’s harder to say no on the phone than in an email.”

That Canada Day happened to be his last is somewhat fitting. With his wry manner, and sometimes biting criticism of scholarship that he felt allowed ideology to get ahead of evidence, one may have thought he was a cynic. But though no dewy-eyed patriot, Greg was, in his own way, an idealist. He believed in the foreign policy values that Canada professes (though he was well aware of the gap between discourse and implementation): human rights, internationalism, foreign assistance, a system that allows for fair trading, and above all, a rules-based international order that strengthens democracies and weakens dictatorships. And despite the many challenges that face the academy, and the historical profession, he must have been an optimist about our discipline. Otherwise he would not have spent so much time and energy encouraging and nurturing the emerging talent within it. Canada Day, already somewhat fraught for a historian, will have new meaning for me. It will continue to remind me to emulate Greg’s best qualities – discipline, work ethic, a keenness to share, and a belief in collaboration and mentorship. We will miss you Greg.

Jill Campbell-Miller is a SSHRC Postdoctoral Fellow in History at Carleton University and Adjunct Professor of History at Saint Mary’s University.