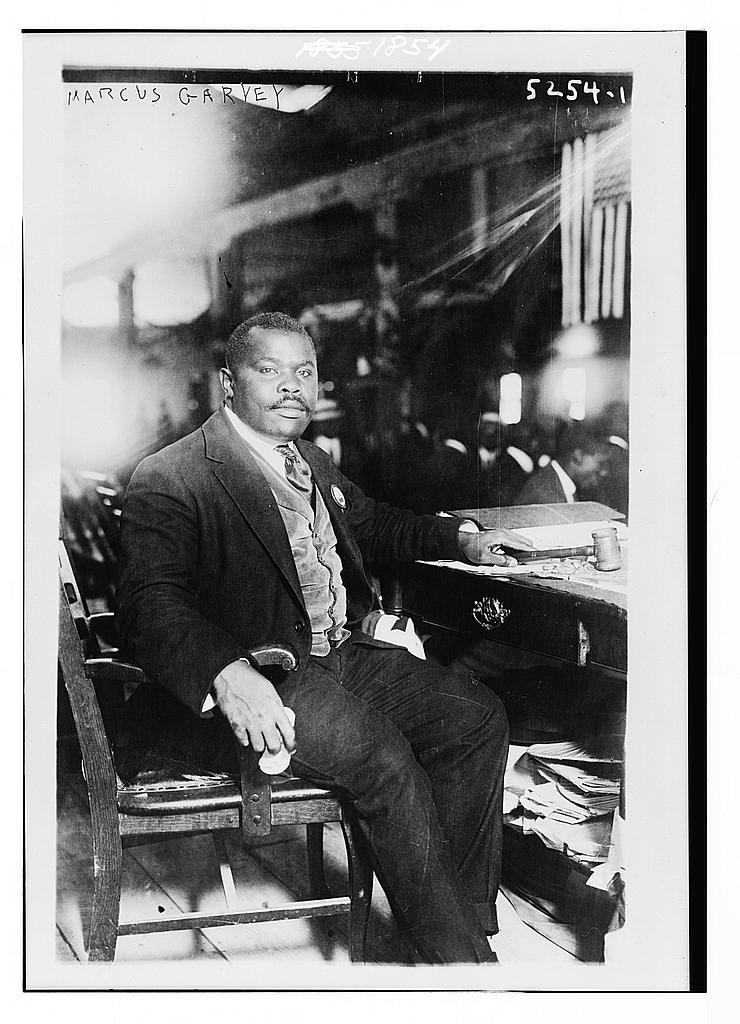 In this tumultuous year, a number of important historical concepts have been at the forefront of debates and discussions about public health, social justice and racial equality. The language of rights has been critical to discussions of individual and collective responsibility in the context of the pandemic (as evidenced in the positions adopted by anti-maskers and anti-vaxxers). The question of rights has also been part of how Black Lives Matter activists and supporters have framed their concerns around violence and white supremacy though, arguably, the language of justice has been more prevalent, captured in chants of “justice for George Floyd” and “justice for Breanna Taylor”, among others. In her victory speech, Vice-President Elect Kamala Harris talked about liberty, justice and equality. Specific references to “rights” were notably absent.

As numerous of scholars and observers have noted, calls for justice for Black people and the reform of oppressive institutions and practices are not new. Related conversations about the teaching of Black history have also been taking place for decades. However, as this post will explore, historians have generally failed to consider Black history in historical discussions more broadly, such as in the case of the history of human rights (beyond a focus on legal and civil rights challenges), to the detriment of our historical knowledge and the well-being of Black communities.[1]

One hundred years ago this fall, thousands of delegates of the Universal Negro Improvement Association (UNIA), gathered in Harlem, New York. The UNIA was founded by Marcus Garvey in 1914 and was dedicated to the advancement and “racial uplift” of Black people everywhere. In August 1920, delegates in New York drafted a fifty-four point “Declaration of the Rights of the Negro Peoples of the World”, which was also meant to serve as the association’s statement of principles. As historian Carla Marano has discussed in her superb thesis on the history of the UNIA in Canada, the organization helped foster an emerging sense of community among Blacks in Canada, and Canadian leaders such as Dr. D.D. Lewis, President of the Montreal Chapter, contributed to the transnational growth of the organization.[2]

The UNIA’s Declaration, signed by delegates on 13 August 1920, insisted “That nowhere in the world, with few exceptions, are black men accorded equal treatment with white men.” The Declaration then elaborated fifty-four points of action and contention covering issues from voting rights to the treatment of prisoners to the abolishment of the League of Nations.  Reading the Declaration in the context of the Black Lives Matter movement, and other anti-racist actions today, one finds that the language of the UNIA declaration brims with familiarity in some ways, and stands very much as a product of its time in others. The tensions inherent in rights discussions are implicit in the document, which calls for both free speech as well as an end to the use of racist language.

Reading the UNIA Declaration hundred years after it was created raises questions about the manner in which conventional rights frameworks are being simultaneously rejected and reinvented in the current moment. Why is the language of justice the basis for current protests? What happened to human rights? For historians, this shift is particularly important because the scholarship of human rights has long rested on a form of teleological genealogy that traces current human rights discourses to the revolutionary language of the late 18th century and documents such as the Rights of Man and the American Declaration of Independence, and sees them consolidated in the 1948 Universal Declaration of Human Rights. While scholars such as Dominique Marshall have traced important precedents to the League of Nations era and two conventions on the rights of the child, earlier ideas of rights, and especially rights discourses born of resistance, have not been generally incorporated in conventional histories of human rights.[3] Nevertheless, historian Wendell Adjetey insists that the UNIA’s”self-determination manifesto rivaled the U.S. Declaration of Independence and French Declaration of the Rights of Man and of the Citizen.”[4]

Beyond the inherently problematic nature of dividing history into tidy, compartmentalized sub-fields, my answer is that we have not paid sufficient attention to how ideas of rights and justice have been framed by those most impacted by the denial and absence of these ideas. In the same way that Japanese Canadians gave weight to notions of Canadian citizenship throughout campaigns for redress after the Second World War, it bears thinking about how so-called marginal groups have been central to our understandings of rights and justice historically and in the present. It’s a lesson for the classroom, as well as for the archives. It’s also about what we celebrate. In Canada, as we commemorate and reflect upon the fiftieth anniversary of the FLQ Crisis, which among other things, enflamed debates and discussions about rights and civil liberties, we might also reflect on how one hundred years ago, Montrealers Dr. D.D Lewis and Mrs. G. O’Brien, along with George Creese of Nova Scotia and Abraham Thomas of Toronto, attended the UNIA meeting in Harlem and put their names to the UNIA Declaration.

The issues addressed in the Declaration are with us today, as are the voices of resistance it incorporates. By way of conclusion, it seems fitting to reprint the fifty-four points in their entirety (including #49 on the teaching of history), to let the document itself do the talking if you will.[5] Except for terminology in #11, the original language has been retained. The Declaration is an important primary source, and the its context of creations offers important lessons for historians of human rights and scholars of anti-Black racism and resistance. It is also a timely read for anyone concerned about issues of equality and justice for all.

Following the preamble, the document declared:

In order to encourage our race all over the world and to stimulate it to overcome the handicaps and difficulties surrounding it, and to push forward to a higher and grander destiny, we demand and insist on the following Declaration of Rights:

Laura Madokoro is a member of the Active History Editorial Collective.

[1] In the Canadian context, for a history of Black activism, rights and the courts see Barrington Walker, Race on Trial: Black Defendants in Ontario’s Criminal Courts, 1858-1958 (University of Toronto Press, 2010); Constance Backhouse, Colour-Coded: A Legal History of Race in Canada (University of Toronto Press, 1999) and James G. Walker, “Race,” Rights and the Law in the Supreme Court of Canada: Historical Case Studies (The Osgoode Society and Wilfrid Laurier University Press, 1997).

[2] Carla Marano, “For the Freedom of the Black People”: Case Studies on the Universal Negro Improvement Association in Canada, 1900-1950,” PhD Thesis, University of Waterloo, 2018.

[4] Wendell Adjetey, “When Marcus Garvey Came to Canada: No Leader before Or After has Electrified the Diaspora of African Descendants to the Same Extent,” The Globe and Mail, 24 January 2020.

[5] Source: UNIA Declaration of Rights of the Negro Peoples of the World, New York, August 13, 1920. Reprinted in Robert Hill, ed., The Marcus Garvey and Universal Negro Improvement Papers, vol. 2 (Berkeley, University of California Press, 1983), 571–580. The full text, including the preamble, is available online at: http://historymatters.gmu.edu/d/5122/

One thought on “Human Rights, Justice and the 1920 Declaration of the Rights of the Negro Peoples of the World”