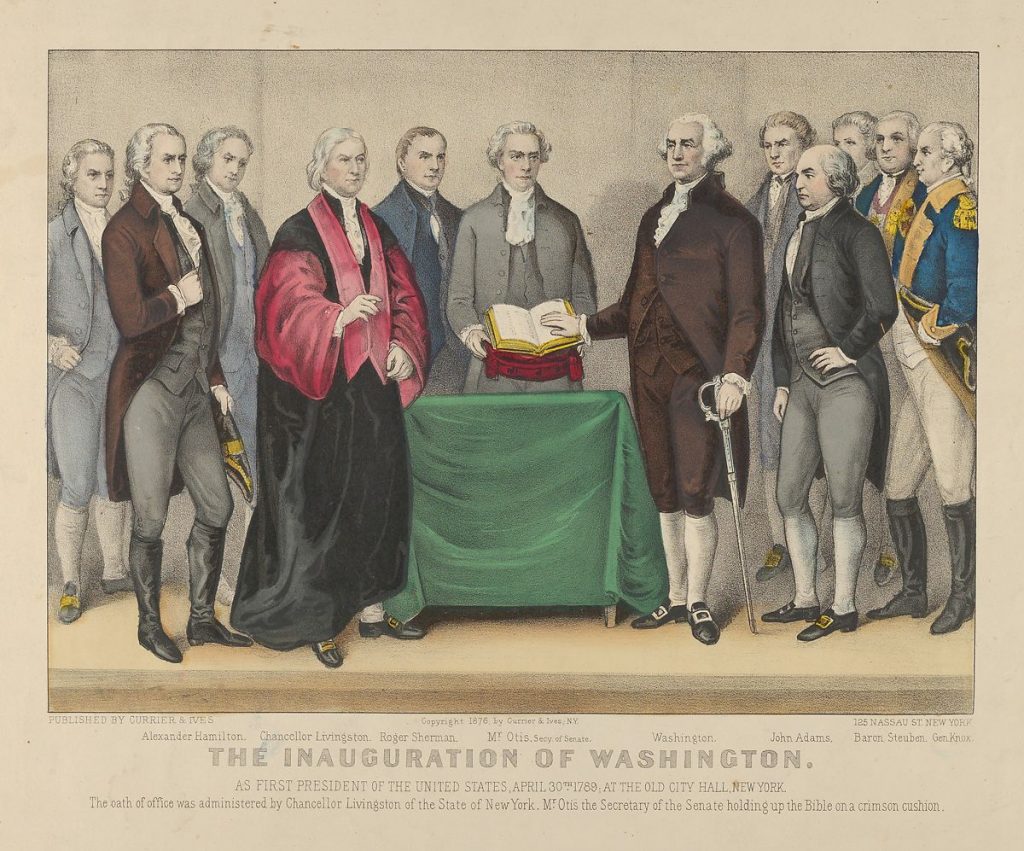 Anniversaries make you feel old and young at the same time. An important date marks the time, reminding you of how many years you’ve already trod during your sojourn on Earth. Then again, these dates also promise renewal, a chance to clean slates and start fresh.

Today’s inauguration of Joseph Biden will be the 58th anniversary of this kind since the U.S. government began to operate under the Constitution in early 1789. Tens of thousands of troops will be there, masked and silent, weapons at the ready. Few civilians will attend. The outgoing President’s shadow will weigh heavily over the shaken capitol.

In the 232-year history of the republic, the vast majority of inaugurations have been pleasant if not festive affairs. Typically, the outgoing President is there to congratulate his successor, the final step in the hallowed tradition of legitimizing the vote of the people, or at least of the Electoral College that awkwardly speaks on their behalf.

But this is no ordinary anniversary.

It is a time of plague and violence, of fever dreams and virtual sedition, of broken trust and shattered rules. It is a moment of epidemiological and economic calamity, set against a political scene that vacillates between high tragedy and low comedy, between deadly crisis and grotesque theatre. It is the long night of Covid and QAnon, of Proud Boys and crowded ERs, of congressional sieges and presidential crimes. It is a moment that makes me, as an American and a historian, feel both old and young.

If I count America’s time from the inauguration of George Washington in early 1789, then the burdens of our past seems too much for the needs of our present, to say nothing of our future.

The Constitution was devised to put an end to revolutionary upheaval, and it did its job. No one should doubt the genius of the Framers’ design, nor forget the advantages it brought. Generation after generation, most Americans never had to worry if “the government,” in the deepest sense, would endure. They were free to pursue happiness, barely noticing their steady foundation of law and order.

Yet that same document—and the whole matrix of federal courts and national protocols that grew out of it—also put strict limits on what “the People” could do for each other. It pushed the more egalitarian dreams of the Revolution off the proverbial table. To this day, the Framers’ design deliberately divides the collective hopes and needs of Americans into distinct, competing institutions. It carefully limits their ability to act on behalf of their own well-being.

The Constitution also cut a deal with slavery, an institution that had fallen under intense, trans-Atlantic attack in the revolutionary period. Historians debate how good a deal it was for the slavers, but there is no doubt about the long-term effects: Under the Constitution, slavery was reborn around 1800 in the cotton fields of the Gulf Coast, and then flourished for another half-century, ironing white supremacy and economic exploitation into the nation’s root-fibers.

Where has this constitutional order, this national self-concept, left us?

With a threadbare public that can’t deliver enough masks to medical personnel. With a winner-take-all economy in which most people struggle while a tiny minority wonder which jet to take to their islands. With a mass movement determined to purge the nation of those they believe never belonged in the first place. With Confederate flags and Nazi merch inside the Capitol.

Perhaps we are old and falling, bent low under the weight our sins and illusions.

But studying history is all about changing one’s perspective, starting with our timelines. So perhaps we should consider 2021, not the 232nd anniversary of the United States as designed by the Founders, but rather the 58th anniversary of the United States as imagined by Martin Luther King. Perhaps we should see the country as an ongoing experiment, and a fairly new one at that.

The poet Walt Whitman knew that America, like himself, contains multitudes. He sang its body electric. He embraced its raw, surging, creative chaos, and with his plain, daring eloquence, he gave voice to its relentless humanity.

I read Whitman today, and I feel young again. I remember my homeland as the birthplace of Jazz and Transcendentalists, of music and poetry and literature beyond description. I remember it as a proud and generous republic, a crucible of democratic vistas that defy political calculation and cynicism. I remember it as the home of Elvis Presley and Duke Ellington, of John Brown and Jane Addams, of Malcolm X and Jonas Salk.

On this anniversary, more than others, I look at America as something new under the sun, a nation still searching for a better version of itself.

J.M. Opal is Associate Professor and Chair of the Department of History and Classical Studies and the author of Avenging the People: Andrew Jackson, the Rule of Law, and the American Nation (2017), Beyond the Farm: National Ambitions in Rural New England (2008), and articles in the Journal of American History, Studies in American Political Development, the Bulletin d’histoire politique, and other venues. His short essays have appeared in the Washington Post, the Los Angeles Times, The Globe and Mail, Time, The Conversation, and Jacobin.