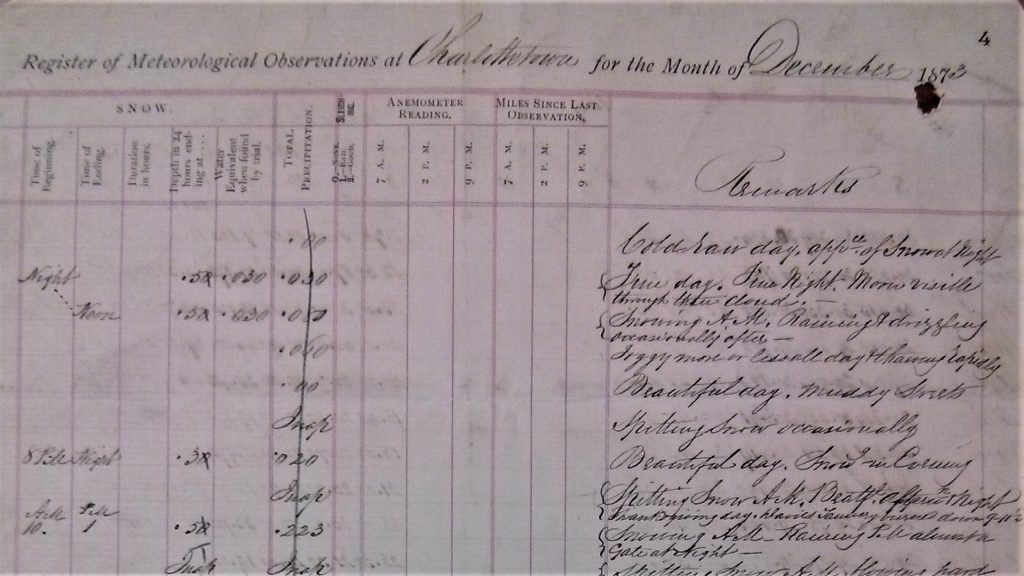 This is the seventh post in the series, “Historians Confront the Climate Emergency,” hosted by ActiveHistory.ca, NiCHE (Network in Canadian History & Environment), Historical Climatology and Climate History Network.

They say that climate is what you expect but weather is what you get. Or they used to say that. Now, the climate seems to be changing as quickly and unexpectedly as weather. When New York’s Central Park receives a record 48 millimetres of rain in one hour and then, just ten days later, a different storm system dumps 79 millimetres in one hour, it feels as though more than just weather is at work.[1] And why wouldn’t climate be changing rapidly? It used to take millennia for atmospheric carbon dioxide levels to fluctuate just ten parts per million. Now it takes five years. That cannot be good news for anyone.

I taught environmental history for twenty-plus years before developing a course in climate and weather history. It had taken me a while to recognize the centrality of climate change to environmental affairs, longer to become well-informed on the topic, longer still to feel competent enough to teach it, and longer still to determine how to structure such a course and what I might contribute. But in 2014, having helped bring Environment and Climate Change Canada’s extant historical weather observations to my university’s archive on long-term loan, I knew it was time to take the plunge.[2] I developed a course around the meteorological collection, used its material in lectures and seminar activities, and devoted full assignments to it.[3]

And the course was a bust.

As impressive as the Environment Canada collection is – the continuous record of a single, long-running and still-operating meteorological service across one of the largest countries on earth – it simply did not work as the course’s foundation. I had hoped to connect nineteenth century nations’ commitment to “inventory science,”[4] including the gathering of information about weather, to our gradual understanding of climate, then climate change, and then the fact that we are changing it. But I was largely unable to help students make the leap from the prosaic, daily, local observations of weather to the vital, long-term, global matter of climate. Whereas, for example, the story of one soldier can stand in for an entire battle or army or war when teaching, a single weather observation or observer or station can hardly do the same. If anything, weather got in the way of climate. Students may well have felt that climate was what they expected, but weather was what they got. 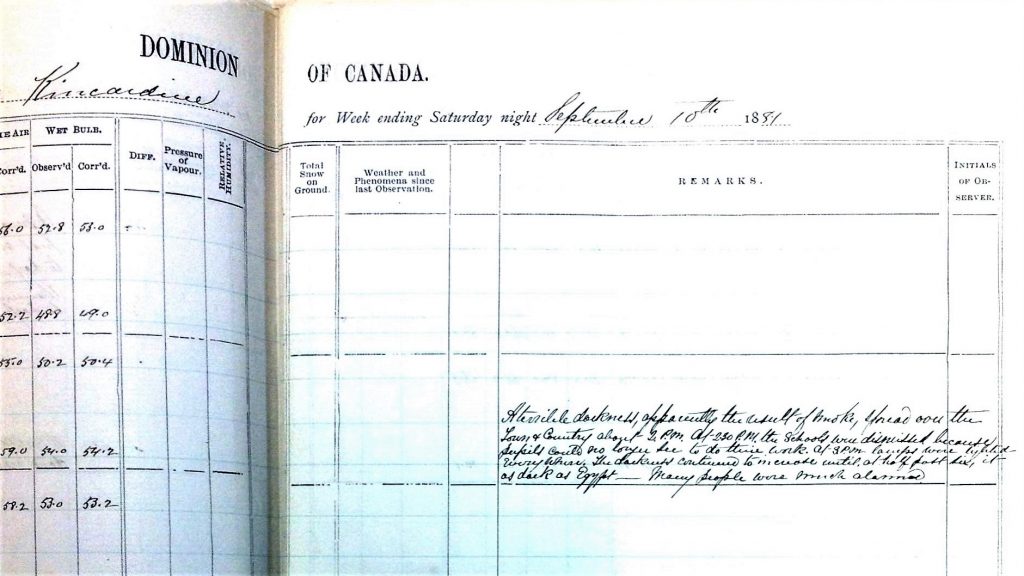 So I switched to teaching a new course on the Anthropocene, the idea that humans are now having such an unprecedentedly massive and for all intents and purposes permanent effect on the planet that it constitutes a new epoch not just in human history but in Earth history: we are in a new geological age.[5] Climate plays a major role in the course, but it is joined by discussion of biodiversity loss, land use change, population, resource extraction, and much more. This has been a far more successful course and has attracted more students. What students appreciate, I think, is that the course calls on them to consider the dramatic changes in how people have lived in the recent past, and the dramatic changes that has had on the planet, but also how individual people, objects, and moments have contributed to or illustrate these changes. What I appreciate is that history arrives as something of a Trojan horse: if we accept that we are now in the Anthropocene, when did it begin, what has sent us down this path? Teaching the Anthropocene has proven a useful way to introduce history to environmentally minded students from across the university.

But no matter how much discussion of climate the Anthropocene course contains, there is little room in what is essentially a jam-packed history of the world for discussion of weather and meteorology. What I love about the Environment Canada meteorological collection, and what I had hoped to share with students, was the chance to observe Canadian weather observers volunteering to regularly and faithfully maintain and submit environmental information about their hyper-local circumstances, with only the promise of the most nebulous long-term national and societal goals to sustain them. And I wanted students to see how Canadians of the past knew weather and nature, what they found worth mentioning, and how they expressed it. But such topics have not fit easily into the Anthropocene course, and have been relegated largely to my research.

I wonder if, in essence, my experience teaching climate and weather has ended up mirroring the topics themselves. With climate moving at the speed of weather of late, there has been far more interest in climate and weather – but in weather (other than in terms of the immediate effects of extreme events such as hurricanes) largely because of its relationship to climate. As journalism is said to be the first draft of history, weather is the first draft of climate, and has become of general interest largely because of that, not as a subject to be explored and understood in and of itself. And that’s a shame.

[3] The most recent “Climate of the Past, Present, & Future” syllabus is here.

[5] The most recent “The Anthropocene: History of a Human Planet” syllabus is here.