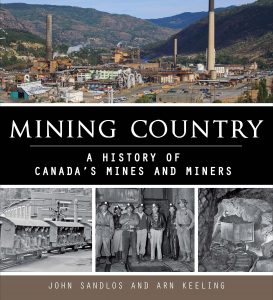 In April 1936, three workers at the Moose River Mine in Nova Scotia became trapped over 40 metres below the ground when the mine’s roof collapsed. On the sixth day following the collapse, rescuers were able to drill a borehole that allowed them to send food and water to the men. As the news spread, the Canadian Radio Broadcasting Commission, the predecessor to the CBC, sent J. Frank Willis to the scene to report on the rescue operations. For 56 consecutive hours, Willis sent live updates to over 650 stations around the world, as the story captivated a global audience. When the men finally emerged from the mine on the 11th day, Willis reported with great flare that they has escaped their underground graves.

The story of the Moose River Mine disaster is often looked at as one of heroism – of the trapped men surviving, of the rescuers persisting, and of Willis continuing to broadcast. What tends to be omitted in a lot of the retellings of the story, however, is how roof collapsed. Or the dangers associated with mining. Or, frankly, even what they were mining. For me, this is representative of a lot of the population imagination surrounding mining in Canada. The images of miners covered in dirt emerging at the end of a long day extracting the materials society needs without getting the proper recognition dominate representations of miners and mining. The larger economic systems at play, their role in the colonial project, or even the environmental or human cost of mining are conspicuously absent.

So when I sat down to read Mining Country: A History of Canada’s Mines and Miners, I was expecting a piece celebrating the workers and highlighting their economic contributions to Canada. Instead, I was pleasantly surprised to see a book that explored the costs of mining. From the impact on Indigenous communities to the environmental damage of abandoned mines, the book highlights five key themes in Canada’s mining history and explores them through an effective use of case studies. At the same time, however, the book is not dismissive of the miners themselves, those who worked in dangerous situations and built strong communities both inside and outside their workplaces. While today mining is industry that is often discussed in very polarized terms, the book is able to avoid the contemporary talking points to provide a nuanced examination of mining’s history in Canada.

In this episode of the History Slam, I talk with John Sandlos, one of the book’s co-authors, about mining’s history in Canada. We talk about displacement and mining as part of the colonial project, the popular imagery associated with mining, and the how rural mining sites influence urban industries. We also discuss the environmental impact of mining, the industry’s treatment of workers, and the communities built around mines.