As a PhD student, I work with all aspects of the Munsee language, an Indigenous language spoken in southwestern Ontario. This involves research, teaching, documentation and the creation of resources. As a student, I study best practice in language learning and revitalization methods that can support community-based initiatives. As both a researcher and a student, language work can be all-encompassing.

I find one way to balance the language work is through restoring and repairing 1960s British automobiles. As much as this may seem to be a completely different “lane” of work, this pastime allows for reflection of the research process. I have owned, repaired and given up on many British cars over the years.

My fate was sealed when I brought an MGB in late high school years. I came by this pursuit honestly; my father had a deep appreciation for vintage cars and motorcycles. I drove the MGB for many years, to school and to work, testing its long-distance capabilities. It let me down only once; the headlights went out late one night returning from work at a summer job. As so often with British cars, the lights soon came back on, the cause of the fault remained an unsolved mystery, and never recurred.

Over the years, I have owned many British cars, with interesting names that have passed into history, from MG to Riley, Austin to Wolseley. Some of the cars were designed for families in the 1960s, with four doors and comfy interiors. Others were designed to be “sporty,” as with a two-seat convertible. All came with familiar words of caution, that all British cars were inferior and that I was destined to spend most of my time repairing rather than driving. What can I say? I appreciate a challenge.

My relationship with British cars has helped learn workshop language, the translation between American and British terms for tools and various jobs as required. I have had to learn new “languages” of a mechanical nature and British reference terms. It is important to know your bonnet from a boot, wing to windscreen. and a spanner from a drift. When planning repairs, I have become proficient at “bleeding brakes,” starting a car with a crank handle, gapping sparking plugs, repairing carburetors and greasing joints. The past weekend involved renewing the dowty washers around the banjo fitting, using a spanner to tighten, then making sure to bleed the system. While this work, fixing the power steering system, is not an ordinary job, the language, the skills learned are from another decade. As British car reliability is a fleeting thing, new skills are learned on a weekly basis in an attempt to keep everything roadworthy. 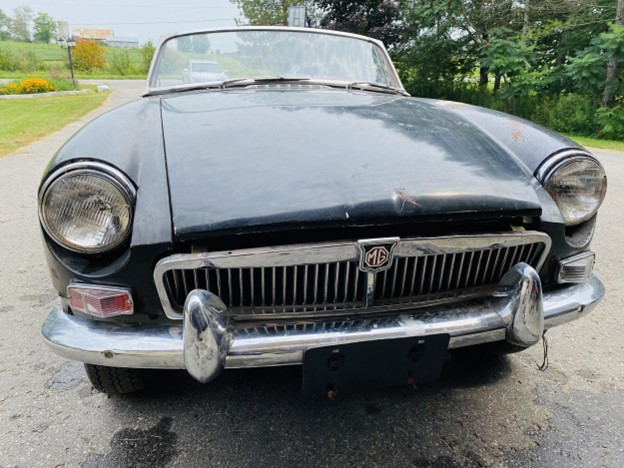 Owning a British car requires research skills. Cross referencing owners’ manuals, parts catalogues and shop manuals can help finding an elusive part to keep a 50-plus-year-old car working. “Translating” instructions written for an English audience can be challenging, not to mention putting these instructions into practice. Much the same as with academic research, searching out and becoming friends with those with extensive mechanical and technical know-how is a critical lifeline. When a part is no longer available, repair is necessary. Having a “British car” support network can point you in the right direction, to those shops with the experience. Recently, a master brake cylinder and power steering hoses had to be repaired. New parts were simply not available.

British cars come with a story. Purchased second hand, third hand, etc., oftentimes previous owners will share details about the car, almost giving them character. The Wolseley I currently drive came from Winnipeg. I am the third owner. The previous owner disliked the original beige colour and repainted it two-tone, silver and black. With low mileage and largely original, he clearly did not use the Wolseley often but cared for the car. An MG that I owned in the early 2000s had a typed message stuck to the sun visor “keep your eyes on the road.” The message continued with reference to possible distractions of the opposite sex. When stopped for gas or running errands, people will come up and share stories of their experiences with British cars. They will share the trials and tribulations, the family vacations, the breakdowns, and the inevitable replacement. Interestingly, the stories have always been relayed in a positive way, like the car was a member of the family. 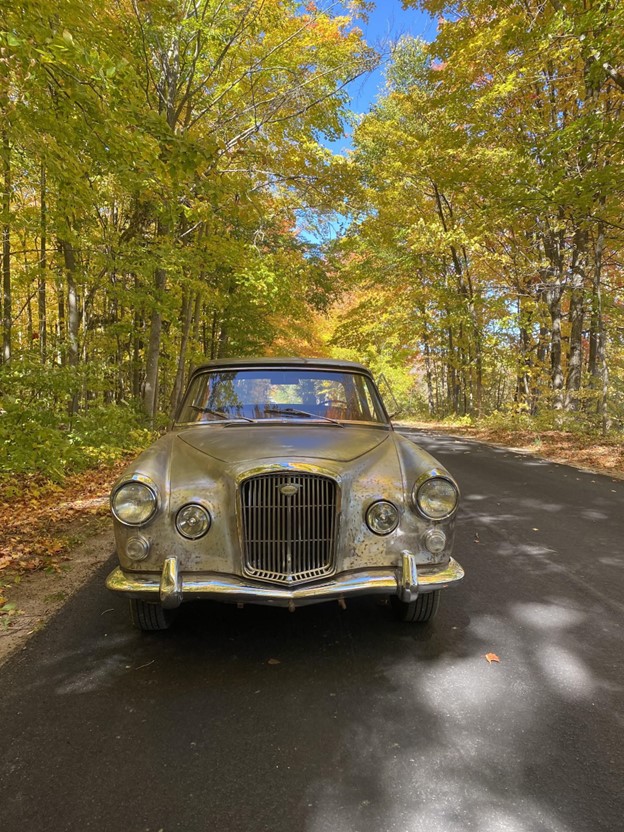 When inheriting and caring for a British car, there is the inevitable period of “archaeology” where you take stock of what has come with the car. This provides clues such as brake parts left in the glovebox indicating that the previous owners had planned to repair the brakes. Paper bags and business cards, left over from the 1970s, showed previous owners’ interests from photography to golf, and political inclinations.  Stores, visited for errands, now long gone, are found again as names on key chains, windshield ice scrapers and match books.

British cars, as a hobby, allow me to work in a different way from my academic work, and yet, many aspects are consistent. The journey of research in both endeavours leads to meeting good people along the way who help with the end goal, the article or restoration.

The thrill and sense of accomplishment from finding the part or repairing what has broken or failed this time feels much like completing the essay or finding a clinching piece of research to support after many long hours of detours. The social aspect, sharing research at conferences or while chatting at car shows, is perhaps the very best part of the two pursuits.

When not working on British cars, Ian McCallum is a PhD student studying revitalization and the Munsee language at the Ontario Institute for Studies in Education at the University of Toronto.