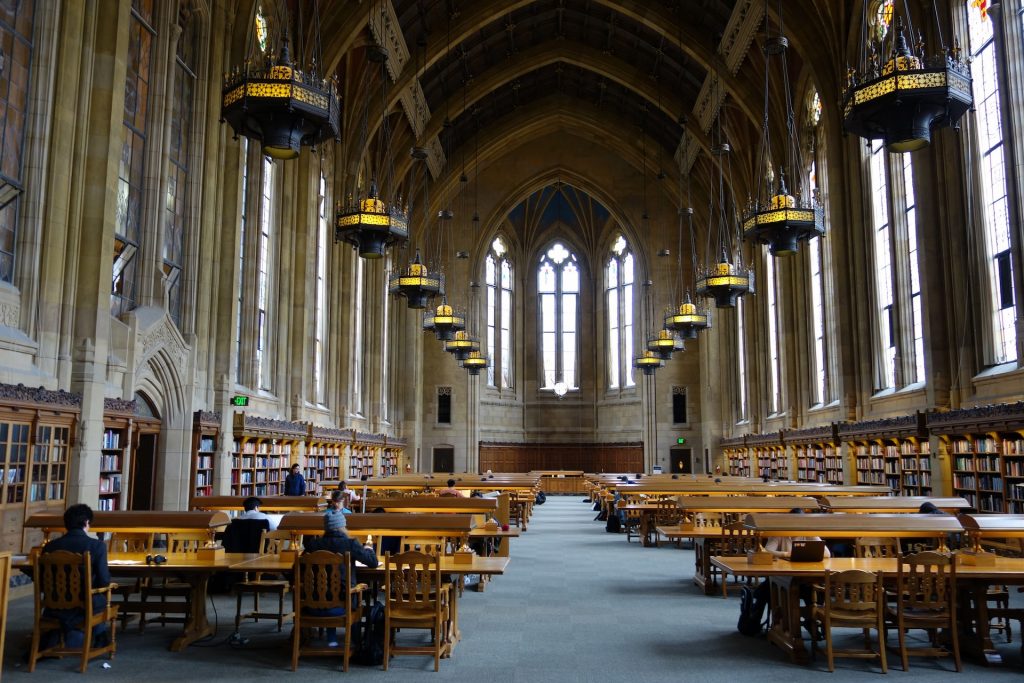 This post is written in response to the report of the CHA Task Force on the Future of the History PhD in Canada (available in English and in French). A series by members of the Task Force ran on Activehistory.ca from 18 October–17 November, 2022. Activehistory.ca encourages readers to join in the conversation, either in the comments or on social media, or by submitting their own response piece to the series.

The October 2022 report of the CHA Task Force on the Future of the History PhD in Canada – and the Activehistory.ca series springing from the Task Force – tell a grim story. Tenure-track jobs are increasingly scarce, funding for PhD candidates often fails to enable them to live above the poverty line, and graduate students are experiencing an overwhelming mental health crisis. Indeed, it is hard not to see some of these challenges as insurmountable.

But I wonder whether, in this focus on the PhD and beyond, the Task Force has missed a potential solution to many of the problems it identifies: a reconsideration of the role of what comes before – the history MA.

To its credit, the Task Force’s report demonstrates that historians have come a long way since the late 1990s in understanding how a graduate degree in our discipline might be used outside of the traditional university classroom.

It includes a series of reasoned, and reasonable, recommendations that would provide PhD candidates with a variety of opportunities for more practical, real-world experiences as they complete their studies.

Proposals for internships, alternative assignments, and opportunities for teamwork and collaboration are sprinkled throughout the document.

But nowhere do I see conclusive evidence that such opportunities are best offered at the PhD level.

Picture, instead, something along the following lines:

In the first year, students complete their coursework with three ultimate goals in mind: (1) determining their level of interest in ultimately pursuing a tenure-track position; (2) publishing an article (or an equivalent artefact) in a peer-reviewed journal (or public history equivalent); (3) and applying for external funding to support their second year.

By the time they begin year two, many have two significant[1] indicators of their likelihood of success in future tenure-track competitions that enable them to make a reasonably informed decision on how to finish their degree.

If an academic career is not, or is no longer, their primary goal, their second year in what becomes a terminal degree includes an internship of some form; language training and/or a course in statistics (both of which open doors to all sort of alternative careers); grant-writing workshops; resume and cover-letter writing workshops; networking; and opportunities to gain other skills that are so highly sought after in the non-academic world.

They might also work as teaching or research assistants, but not necessarily under the supervision of a historian. (Perhaps there are opportunities to broaden their interdisciplinary skill-set that make more sense.)

Those students who choose the tenure-track career path do so with eyes wide open – or at least significantly more open than they might have been otherwise.

Their second year is focused on what will ultimately become their PhD proposal. If their research interests suggest the need for an additional language, they do language training. A course in statistics or big data might also be an option.

But they also take a course in university pedagogy, and work as a teaching assistant under the supervision of a tenured historian.

Part of their first term is spent reaching out to potential PhD supervisors, and workshopping their PhD, SSHRC, and other external funding applications.

Their second term sees them aiming to produce a publishable historiographical essay (or public history equivalent) in their future primary field of study. The Journal of the CHA would be a potential partner in such an endeavour.

At the same time, History PhD programs rethink their criteria for admission, and limit the number of successful applicants who do not arrive with external funding already in place.

Such a move would be based not only on the career prospects of their future graduates, but also on an ethical obligation to keep each one of their ultimate candidates out of poverty.

The first year of the PhD program includes an advanced methods course (or a historiographical equivalent), another course in pedagogy (in this case specifically on course design), a teaching assistantship, and any further language, statistical, or skills training that might be necessary. Time is also set aside for workshops on grant writing and conversations with academic publishers.

Comprehensive examinations are replaced by the development, and defence, of three academic courses: one in methods, one survey, and one in the candidate’s subject matter area. (With these three courses already designed, each student will now be well-qualified to, at the very least, apply for sessional positions in the future.)

The rest of the second and third years are dedicated to research and data collection. There would be monthly, online meetings among PhD candidates themselves, as well as between candidates and their supervisors / committees.

The fourth year is dedicated to writing, not just the dissertation (or its equivalent), but also postdoctoral fellowship applications, and academic job applications.

Departments commit to a fifth year of what ideally becomes postdoctoral funding, during which candidates teach at least two of the three courses they have already designed while transforming their dissertations into publishable equivalents.

For those candidates who are no longer interested in tenure-track jobs, internship opportunities are made available in university administration; support is also made available for those who prefer to intern elsewhere.

Departments set as a goal that, by the end of five years, each PhD candidate has: (1) completed their degree; and/or (2) obtained an externally-funded postdoctoral fellowship; and/or (3) found paid, non-traditional academic work in their field (however they define it); and/or (4) been hired into a sessional or tenure-track position.

Data is collected and publicly reported annually, and adjustments are made as needed.

Such an approach would reflect what my personal experience arguably should have been.

I was a history (and English) major as an undergraduate, but even though I decided in my third year that I wanted to become a university professor, I deliberately chose not to pursue an MA in history upon graduation.

Instead, recognizing (even in the late 1990s) what the task force refers to as “the dismal state of the academic job market,” I was accepted into the Norman Paterson School of International Affairs’ interdisciplinary MA program, where I completed a directed research project under the supervision of a historian.

Add to that a commitment to an additional 1.5 graduate credits in Carleton University’s History Department beyond what I could take as electives in the MA program, and the University of Toronto deemed me eligible to apply for admission to its History PhD.

I chose this route because the MA in international affairs gave me a back-up plan if my quest for an academic position failed.

It included a practical internship that, if I performed well, could have led to further employment. (There were no such opportunities in the majority of the history MA programs that I considered.)

Although a select few colleagues completed the MA in 12 months, I deliberately took longer.

After two academic terms of coursework, I spent the summer taking a reading course in history (which became my first academic article) and working as a telemarketer (a surprisingly well-paying job I had maintained since I first started university).

In the second MA year, I had time for the internship, the additional remaining history course, the directed research project, a SSHRC application, and a university teaching course (which I audited).

I also worked as a teaching assistant during both academic years.

When I arrived at the University of Toronto as a first-year PhD candidate the following year, I had a publication (and a few conference presentations) to my name as well as four years of SSHRC funding.

Had I not been able to secure either of these things, I doubt strongly that I ever would have pursued a PhD.

The risks of spending at least four more years to obtain a degree that would only technically qualify me for a job for which others (who had published and won SSHRCs) were already better positioned, simply would not have been worth the costs – both financially and to my mental health.

I have no doubt that the vision I have described here would take time – and significant administrative capital – to implement, but it seems to me that this approach would achieve many of the Task Force’s aims while reducing the number of PhD candidates in history who end up poor, disappointed, mentally distressed, or all of these things.

And while it would almost certainly decrease the number of PhD graduates in history, it could potentially increase the number of individuals with graduate degrees in our discipline who are making direct use of the knowledge and skills they obtained during their studies in their professional lives.

I’m sure there are other blind spots in my proposal, but here’s hoping that, along with the Task Force’s report and the ActiveHistory.ca series, it launches a broader conversation. We owe our students, current and future, at least as much.

Adam Chapnick is a professor of defence studies at the Royal Military College of Canada and the deputy director, education at the Canadian Forces College. You can reach him at a.chapnick@gmail.com or @achapnick.

With thanks to David Webster for his feedback on an earlier draft of this essay.

[1] I think they are significant, but I wish the Task Force had broken out the number of recent tenure-track hires who had obtained external funding and/or published as graduate students to confirm.

One thought on “The History PhD and Before: Reimagining the History MA to Improve PhD Outcomes”