https://activehistory.ca/wp-content/uploads/2022/03/History-Slam-208.mp3Podcast: Play in new window | DownloadBy Sean Graham If you’ve visited Toronto for any length of time, you’ve probably found yourself on Yonge St. Starting on the shores of Lake Ontario, the street includes theatres, the Eaton Centre, the Air Canada Centre, and one of the city’s subway lines. Every day, thousands of people head to the street to… Read more » 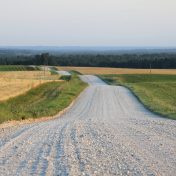 This is the seventh in a series, “History En Vélo,” about cycling and thinking historically, shared with NiCHE. By James Longhurst The bike I’m riding at any given moment determines what type of historian I am. As a historian, I’ve been a bit driftless. If I have to identify my research areas, I sometimes call myself an urban environmental historian, or (more… Read more »

Daniel Ross In this post, I’d like to provide a short overview of a recent experience integrating digital history into my teaching. This fall, I taught the course HIS4567, Histoire de l’immigration et des communautés ethnoculturelles au Québec, for the first time at the Université du Québec à Montréal. HIS4567 is a second-year undergraduate history course with a group small… Read more »

Richard White As anyone who lives in or frequents Toronto’s inner-city can attest, the place is over-run with human activity. The word “congestion” is probably over-used in urban affairs, and it still feels tainted by its long association with slum clearances, but it is the word that comes to mind when travelling about the city’s lower downtown these days. Walking… Read more »

(adapted from an earlier post on torontoplanninghistorian.com) Richard White Among the most persistent myths – in the sense of widely-held but erroneous beliefs – about Toronto’s planning history, perhaps even about planning history generally, is that the modernist planners of the postwar generation wanted to “bulldoze” anything old and replace it with some lifeless, modern, tower-in-the-park sort of structure. Indeed,… Read more »

(adapted from an earlier post on torontoplanninghistorian.com) By Richard White Earlier this month, it was Jane’s Walk time again in Toronto, and thousands were out this past touring various urban locales under the guidance of local experts. It is a remarkable success story, this concept, and a fitting legacy for someone who conceived one of the most influential books of the twentieth century… Read more »

By Daniel Ross Last month, the mayors of Canada’s two largest cities met in Toronto, and the mood was positive. After discussing business partnerships, security, the upcoming federal election and—inevitably—hockey, Denis Coderre and John Tory announced a new era for relations between Montréal and Toronto. “The two solitudes are over,” stated the charismatic Coderre, who last made the news in… Read more »

Like most of us humans—80% in Canada, more than 50% worldwide—my home is in the city. And like so many urbanites, I take a whole range of day-to-day sensations for granted. The screech of garbage trucks, the overheard conversations on public transit; the smells of street food and exhaust; the sight of thousands of other people going about their lives…. Read more »

By Lani Russwurm It would be difficult to overstate the significance of Stanley Park to Vancouver’s identity. Visiting the park is obligatory for tourists, and locals from across the spectrum use it frequently for a myriad of activities. But the feature that distinguishes Stanley Park from most other large urban parks is its large forest that serves as a refreshing… Read more »