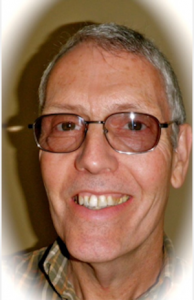 On March 2, the history community lost a major figure, great scholar, and terrific colleague when John Long passed away in North Bay, Ontario. Born in Brampton on December 18, 1948, Professor Long’s career as an educator and researcher took him across the country, but the Mushkegowuk people and Treaty 9 territory  had a special place in his life and work.

As an undergraduate student, Long studied anthropology at the University of Waterloo before heading to North Bay for teachers’ college. Following his return to southern Ontario to obtain master and doctoral degrees in Education at the University of Toronto, he moved to Moose Factory where he taught and served as a principal in the community’s public schools. His educational career also included appointments as an advisor with the Mushkegowuk Council and as principal at Francine J. Wesley Secondary School in Kashechewan.

Nipissing University and North Bay have been Professor Long’s home since 2000, when he joined the faculty of the Faculty of Education to teach new generations of educators the lessons he had learned through his career. He was particularly pleased when Ontario required all teacher education programs to ensure that students were exposed to First Nations, Métis, and Inuit traditions, cultures, and perspectives. 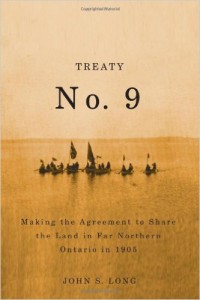 In 2010, he published his groundbreaking book Treaty No. 9: Making the Agreement to Share the Land in Far Northern Ontario in 1905. The book shows how the government omitted and misrepresented central elements of the treaty in its conversations with the Mushkegowuk people. In its description of the book McGill-Queen’s Press says that that it “sets the record straight while illuminating the machinations and deceit behind treaty-making.” In a review, historian J.R. Miller writes “Dr. Long has done the First Nations of far northern Ontario an enormous service, and shows scholars of Native-newcomer relations how ethnohistory should be done.”  Long’s research inspired award-winning filmmaker Alanis Obomsawin’s latest documentary – Trick or Treaty.

Certainly, Professor Long’s lengthy relationship with and deep commitment to the Mushkegowuk
people is part of the book’s success. In remembering her colleague and friend, Dr. Katrina Srigley explains: “John, in his commitment to fatherhood and friendship, and in his deeply ethical work as a teacher and researcher, gifted us important lessons about reconciliation and respectful relationships.”

In a 2013 interview, Professor Long summarized the ultimate goal of his research by saying “what I’d like to see is treaty implementation.” Foreshadowing the Truth and Reconciliation Commission, he added that “I’d love to see federal and provincial governments working with aboriginal communities to actually implement the treaties in ways that support people’s views of self-reliance, education, housing and infrastructure – but really for their vision of their future in Canada.”

For him, education was critical and he was central to Nipissing University’s efforts to serve as a place for these important conversations: “when the university privileges voices and holds things like the Ka Na Ta Conversations, inviting people to hear what aboriginal leaders are saying it’s part of public education. We have this important role to help people become aware of the issues.”

As he leaves us, the movement for reconciling relations with Indigenous people in this country gains ground, and in that his work will live on for generations to come. Meegwetch, John.

6 thoughts on “A Tribute to John Long”