In July 2016, when Canadians were beginning to think about Canada 150, I posted a brief article on ActiveHistory.ca about an emerging and largely crowdsourced project – The Confederation Debates – an initiative to digitize and popularize over 9,000 pages of Canada’s founding historical records. 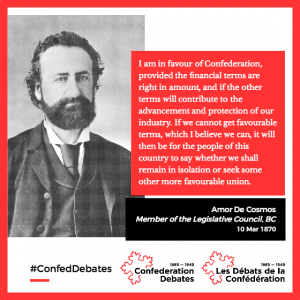 I am pleased to say that Canadians were eager to contribute to this important legacy project. Thanks to the contributions of the Crabtree Foundation, SSHRC, St. Jerome’s University, the University of Waterloo, the York Canada 150 fund, several professors and additional post-secondary institutions, multiple archives, and hundreds of volunteers from across the country, these records have been brought together for the first time and posted in a variety of forms that are useful to Canadians of nearly all ages and walks of life. We produced:

All of this already is — or will soon be — available for free on our website. All of the records are now transcribed, and almost half of these have already been converted into XML and posted to the legacy website. More of these transcribed records are being processed every day and all will be posted to the web within the next few months. 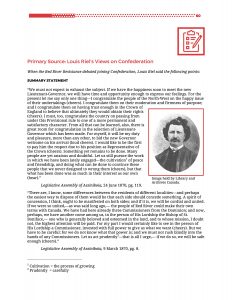 The project could not have been completed without the volunteers who eagerly contributed to this 150th anniversary initiative. Some participants were new immigrants, eager to learn about their adopted country. Many were Ontario high school students who used the project to complete their mandatory volunteer hours. University students from across the country eagerly used the project to demonstrate their analytical skills and many leveraged this experience to gain paying positions at their home institutions. Retirees seeking a new hobby, or a way to participate in Canada 150 despite mobility challenges, comprised an unexpectedly large portion of our volunteers.

The Confederation Debates joins a rush of new digitization projects in Canada and across the globe. To anyone considering — or already developing — crowdsourcing as part of their workflow, I would like to offer a few lessons-learned:

I remain thrilled and thankful that so many Canadians took it upon themselves to participate in this Canada 150 initiative. Thanks to their efforts, we were able to repackage thousands of pages of records into forms that Canadians of nearly all ages and walks of life can appreciate. It was a privilege to lead this undertaking, and I hope that other digital projects will continue to use crowdsourcing to engage with this widespread hunger for diverse historical perspectives in the years to come.

One thought on “Rounding Up the Confederation Debates”