In 2013, Active History celebrated five years! Some of our more timely posts from that year included Elites, Social Networks, and the Historical Profession, Time For a Change: Historical Perspective on the Washington Redskins Name and Logo Controversy“, New History Wars?: Avoiding the Fights of the Past,and In a Rush to Modernize, MySpace Destroyed More History,

There were a lot of fantastic posts in 2013 and it was hard to pick just one to repost, but we have decided to share Kaitlin Wainwright’s “A Proud Canadian or a Canadian too proud? Understanding Stompin’ Tom’s nationalism.” 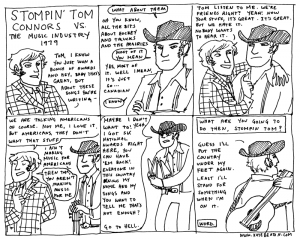