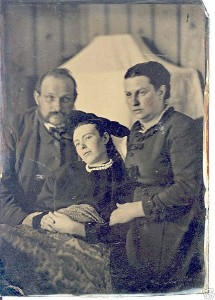 2 thoughts on “Memento Mori On the Web: What Happens When Photos are Digitized?”