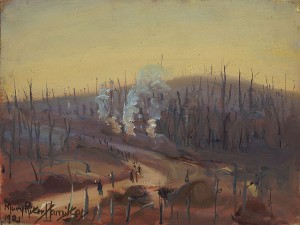 He argues that Remembrance Day in general and the poem in particular have been conscripted as part of what he calls the “right-wing militarization of Canadian society.”

McKay delivered the talk to the Queen’s University Institute for Lifelong Learning on November 11, 2012.

You can listen to a podcast of the talk here.

McKay is a professor of history at Queen’s University. He recently published Warrior Nation? Rebranding Canada in a Fearful Age   (Between the Lines, 2012), co-authored with Jamie Swift.