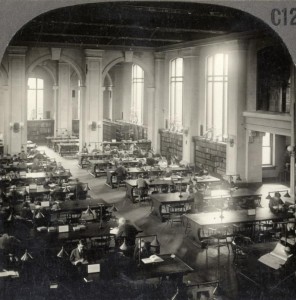 ActiveHistory.ca and the Toronto Public Library are pleased to announce the 2013 History Matters lecture series.

This year’s series focuses on the themes of immigration, ethnicity and citizenship. The lectures are part of the TPL’s Thought Exchange programming.

“Beyond Orange and Green: Toronto’s Irish, 1870-1914”
Migration historian Dr. William Jenkins (York University) looks at the immigration patterns and political allegiances of Toronto’s Irish between 1870 and World War I, and how struggles at home and abroad had an impact on the Catholic and Protestant Irish communities in Toronto.
Thursday, January 31st, 6:30-8 pm
Parliament Street Branch
269 Gerrard Street East
416-393-7663

“And Life Goes On: Japanese Canadians, Memory, and Life after Internment”
In 1941, 22,000 Japanese Canadians mostly living in Vancouver were dispossessed, torn from their homes and shipped to internment sites. After the war, they were given a “choice” between deportation to war-devastated Japan or dispersal east of the Rockies. Historical sociologist Dr. Pamela Sugiman (Ryerson University) recounts how this community rebuilt in the face of racial hostility and after such loss.


Note: Pamela Sugiman’s talk has been postponed until further notice.

History Matters started in 2010 as a venue for professional historians and graduate students to present their research to a broader audience outside the university and interact directly with their local communities. A successful series of lectures followed in 2011. These lectures are also accessible to the general public as podcasts featured here on ActiveHistory.ca.

We hope to see you there!