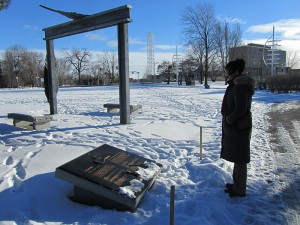 This decision is consistent with the direction of the Harper government’s official development assistance (ODA) policy, and is informed by its previous decision in 2006 to merge foreign affairs and trade. That change, in their words, “enhanced policy coherence across our foreign and trade objectives …. There are similar opportunities for synergies with our development assistance.”[ii]  The government sees the absorption of CIDA into DFAIT as a natural progression to bring Canadian foreign, trade, and development policy into line, with the final objective being to strengthen its business orientation.

Aid has always been a political football – a convenient way to express political decisions in a feel-good way. The current government has made no apologies for their approach.  It draws from a conservative philosophy that sees the private sector as a potential resource for innovation in development.  It also stems from a very concrete interest in promoting Canadian business interests in the developing world, particularly in Latin America.   In November 2012, the House of Commons released a report of the Standing Committee on Foreign Affairs and International Development, “Driving Inclusive Economic Growth: The Role of the Private Sector in International Development.”  In March the minister for CIDA, Julian Fantino, and the World Economic Forum co-hosted a conference entitled “Maximizing the Value of Extractives for Development.”

Despite Ottawa’s hope for innovation, there are historical parallels that can be found in the government’s new approach.  In the first decade of Canadian aid, during the 1950s, the majority of foreign assistance was handled by the Colombo Plan Administration, housed in the Department of Trade and Commerce, while the overall policy direction for aid was handled by Lester Pearson’s Department of External Affairs.  Interdepartmental committees with representatives from Finance, External Affairs, and Trade and Commerce coordinated aid efforts. Aid was supposed to benefit Canadian business, and was tied to our manufacturing and commodities sectors. The Colombo Plan Administration favoured projects that were specific, short-term, and easily fit into Canadian expertise and industrial capabilities, such as hydro-electric schemes. This said, security remained a primary objective, as the Colombo Plan was at its heart an anti-communist initiative.  Positive publicity in South Asia was a welcome side-effect for international diplomacy. Officials believed that humanitarianism emerged naturally from these other goals.  That Canadian aid did not always meet the requirements of the recipient country was not at the forefront of Canadian calculations.  It took decades for Canada to rid itself of this approach.

The Harper government promised to remove all tied aid in its 2007 Aid Effectiveness Agenda, a goal we are obligated to fulfill through the Paris Declaration on Aid Effectiveness.  While aid may not be tied, the alignment of foreign policy and international trade goals with development is its stated objective.  Although Canadian aid policy today is very different from that of the 1950s, this attachment of ODA to foreign policy and trade objectives is very reminiscent of that time.  The key difference, of course, is that decades of work in development have demonstrated that bringing about human development through aid is complex, difficult, and sometimes, a losing proposition.  Success stories more often happen when leadership and ingenuity found in the global South is paired with development capital from the North. These initiatives, often historically supported by CIDA, have made a difference in the lives of the poorest. Will they continue to do so if a new ODA regime makes Canadian foreign policy and trade its primary priorities?

It is too early to tell if the demise of CIDA does herald this sort of change. Certainly, Canadian aid policy needs new ideas and innovative approaches. The federal government would do well, however, to take a more careful look at our history and make sure the so-called new approaches do not too closely mirror the old.  The quality of that Canada delivers, not to mention our international reputation as a leader in international development, is what is at stake.

Jill Campbell-Miller is a PhD Candidate at the University of Waterloo.  Her dissertation examines the Canadian foreign aid relationship with India during the early Cold War.