As Indigenous peoples and historians have long argued, food has been a key – and a particularly devastating – tool of Canadian colonialism. This has taken a number of forms, including the use of hunger and malnutrition to open up the Canadian prairies to European settlement; the banning of indigenous fishing practices to protect the interest of European fishermen and canneries; or, in the recent past, the use of hungry Indigenous residential school pupils as experimental subjects in a series of nutrition experiments during the 1940s and 1950s. In all cases, however, the alienation of indigenous peoples from their traditional sources of food and traditional food cultures has been one of the primary effects – if not the ultimate goal – of successive government policies both before and after confederation.

The two talks included below provide some key insights into just a few of the ways in which settler-colonialism has transformed Indigenous foodways. In particular, they explore the poisoning of waters, animals, and garden produce through hydroelectric development after 1945 in the Treaty 3 region as well as the much earlier transformation of indigenous gardening practices following the arrival of the Hudson’s Bay Company in the Canadian subarctic starting in the seventeenth century. As both talks make clear, we cannot understand the health struggles facing contemporary First Nations, Métis, and Inuit peoples without understanding the impacts that colonialism and colonial policies have had on traditional foodways and food culture.

Brittany Luby, “‘No More Beaver Soup’: An Examination of the Relationship between Water Development, “Wild” Food and Anishinaabe Parenting Practices, 1900-1975.”

To listen to Brittany’s talk, click here (or save by right-clicking and selecting ‘save file as’) 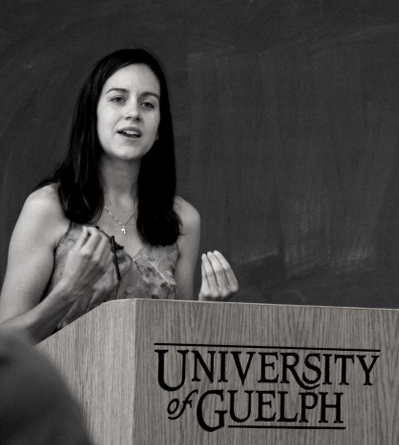 In her talk, Brittany Luby examines the unintended impacts of industrial development on Anishinaabe foodways and infant feeding practices in the Treaty #3 area in Northern Ontario and south-eastern Manitoba. In the early postwar period, a number of industrial and hydroelectric developments along the Winnipeg and English rivers forced women to transform their own and their children’s diets in response to the rise of methyl mercury (a spin-off effect of dam development) in the local environment. In the words of one elder, “There’s no more beaver soup,” a dish believed to promote quality breast milk, because of “that pollution.” Instead, this elder’s children turned to infant formula to prevent the transmission of methyl mercury from mother to child.  Luby addresses these difficult and important questions: how did hydroelectric development change parenting practices? What happens when breast-milk becomes poison?

To listen to Beverly’s talk, click here (or by right clicking and selecting ‘save file as’) 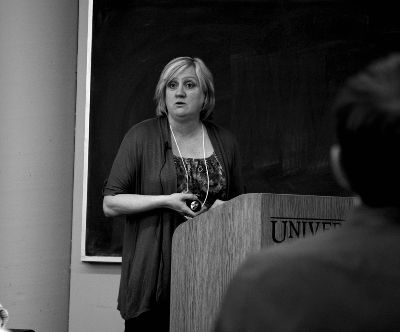 In Beverly Soloway’s talk, she explores the ways in which by the seventeenth-century arrival of the Hudson’s Bay Company in the far north and the introduction of a British planted-food model disrupted (and, in many cases, subsequently eradicated) Indigenous plant foodways of the Cree (Mushkegowuck) peoples of the Canadian sub-arctic. The consequence of this horticultural imperialism, Soloway argues, continues into the present day. Canadians living in the sub-arctic have minimal knowledge of food gathering and are dependent on limited local gardening or imported grocery store vegetables.  This lack of fresh produce, Soloway suggests, has affected the diet and nutrition of those living in the Canadian north.  In addition to exploring food gathering and gardening history in the Hudson Bay Lowlands, Soloway also discusses the dearth of present day knowledge of Mushkegowuck plant foods and how re-discovering lost knowledge can contribute to the health and well-being of people living in the Canadian far north.