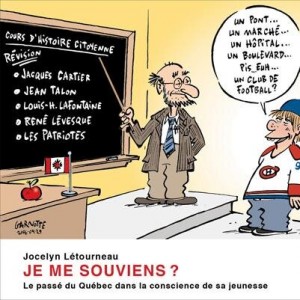 One thought on “Teaching History: Historical Consciousness and Quebec’s Youth”