The recent closing of research labs and scientific libraries across Canada has generated a heated debate over the proper relationship between science and the Canadian government. The fundamental short sightedness of these policies and their dire consequences for environmental research have been ably discussed on this blog by William Knight, at the Walrus, and by the CBC’s Fifth Estate among other places. How, one might ask, have past Canadian governments related to science and how did this relationship shaped Canadian politics?

The so-called Age of Ecology in the 1970s corresponded with a particular approach to scientific knowledge. At the time the government of Pierre Elliott Trudeau placed a very high value on what it saw as science. Elected in 1968, at the apex of scientists’ political authority in Canada, Trudeau approached scientific knowledge as the most effective lens through which to approach the world. Immediately after forming the government, it set about reorganizing the Canadian state in an attempt to transform policy making into an almost academic process of discussion in which “knowledge power” framed cabinet debates and clearly defined national priorities guided government bureaucracy. Unsurprisingly, Canadian politics proved resistant to this attempt to systematize them. The Trudeau government’s efforts did, however, have a significant effect on scientists place in Canadian politics.

The Science Council of Canada benefited perhaps the most from the Trudeau government’s view of science. Founded in 1965 to advise the Person government on Canadian science policy, the Council became a crown corporation in 1968 and a fixture in Canadian politics in the 1970s. Comprised of leading academic scientists and engineers as well as a few CEOs, the Council had impeccable intellectual credentials. Its first Chairperson, Omond Solandt, was a leading figure in Canadian operations research (a highly statistical field and a forerunner of today’s big data). Taking its direction from Solandt, technical information dominated the Council’s reports as it drew on the infatuation with computer simulation, econometrics, and forecasting that swept in the late 1960s and early 1970s when everyone from renowned sociologist Daniel Bell to the environmentalists of Club of Rome used quantitative models to study the world and plan the future. In an act of political jiu-jitsu, the Council use the authority the Trudeau government vested in these forms of quantitative analysis to assert its independence while also strengthening its criticisms and policy suggestions.

The scientists and technocrats of the Science Council also embraced a second aspect of the Trudeau government’s approach to science. Namely, that it could be used to connect Canadians to their government and to inform discussion of Canada’s problems in the 1970s. While this privileging of science undoubtedly silenced some critics and could at times force discussion into a technical straitjacket, it also legitimized the voices of scientists when they warned of problems or suggested alternatives. The greatest example of the merger of technical analysis and public debate was the Council’s Conserver Society program.

In a 1973 report on Canadian natural resources, the Council informed Canadians that “[they] as individuals, their governments, institutions and industries, [must] begin the transition from a consumer society preoccupied with resource exploitation to a conserver society engaged in more constructive endeavors.”[i] The Council filled out this “conserver” approach more carefully in the following years and by the mid-1970s it had developed a well-defined approach to development that sought to balance needed economic growth with environmental protection, energy conservation, and social development. As this precursor to sustainable development generated interest among Canadians, the Council set up a Conserver Society Committee under the direction of Ursula Franklin, a socially active physicist and metallurgist who would go on to produce a famous series of Massey Lectures on “The Real World of Technology.”

To reach Canadians, Franklin founded the journal Conserver Society Notes to teach Canadians and their leaders about the Conserver Society and potential of sustainability. This journal helped the Council reach out to well-known environmentalists, such as Amory Lovins and to Canadian politicians interested in alternative development, most notably Premier Alexander Campbell of Prince Edward Island. Working with these figures, the journal and the Science Council produced studies of Canada’s unsustainable reliance on oil and the opportunities presented by solar energy and other renewables. By the late 1970s the Council and its environmental and provincial allies had pushed renewable energy on the federal agenda. In 1978 the government even announced a $600 million (in 1978 dollars) program to develop solar energy which drew heavily on the Council’s ideas. 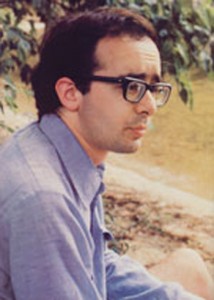 The success of the Science Council’s Conserver Society highlights how the government’s approach shapes the authority of scientists. While groups like the Science Council faced opposition and far more of their suggestions were ignored than accepted, the privileged place science had within the ideology of the Trudeau government granted them influence. The Council used this power to generate public debate and outline a program of alternative development, however, this had as much to do with its sense of social responsibility as its scientific credentials. In short, the place of science in the 1970s was as much about political ideology and conceptions of good governance as the production of scientific knowledge.

To say that science was politicized, is not to dismiss its importance. In the 1970s the Science Council used its relative power to criticize the Trudeau government and generate public discussion of alternatives. This assertion of independence and the Trudeau government’s willingness to accept these actions as legitimate and worthy of public support is what made the Council important. To me it is the unwillingness to accept or support other viewpoints is this concerning today. It is natural, if sometime regrettable, that the relative authority of different forms of knowledge will change as political ideologies and societies do, but if nothing “off message” is legitimate then it will take far more than better funding for environmental science to save us.

Henry Trim recently completed his PhD at the University of British Columbia.