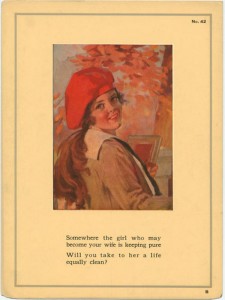 The Ontario government recently announced significant changes to the health and physical education curriculum in Ontario schools. This revision includes updating the outdated sexual health education curriculum that hasn’t been changed since 1998. The previous curriculum was designed in an era before text messages, smart phones, and the social media.

Very similar to the curriculum changes proposed in 2010 the recent updated sexual education program includes instruction on consent, the risks of posting sexual material online, sexting, gender identity, and mental health. Copies of the complete revised elementary and secondary health physical education curriculum can be found here and here. The Ontario government has also released parent guides which highlight the changes to the sexual health instruction. So far these changes have been protested, praised, and dissected. Since its introduction Ontario’s sexual health instruction has often been a point of controversy and has repeatedly been revised to reflect a changing society and changing conceptions of relationships, sexuality, and morals.

The push to formalize sexual health education in schools came from the increased prevalence of venereal disease and perceived juvenile delinquency during the interwar years. In 1944 the Ontario Secondary School Teachers’ Federation (OSSTF) endorsed venereal disease testing for high school students. This endorsement contributed to the implementation of a curriculum that taught about the impact of venereal and communicable diseases. This instruction occurred within a social hygiene course taught in gender segregated groups and the course also covered chastity, marriage, and sexual morality. Despite the emphasis on social hygiene much of the instruction was still linked to conceptions of social purity and sin. Health instruction reinforced accepted forms of gender, family, and class.

The feminist movement, availability of birth control, prominence of youth culture, and changing societal attitudes were reflected in changes to the sexual education curriculum in the 1960s. Changes were made to address perceived gaps in the curriculum and sexual health materials were incorporated into health education, social studies, home economics, guidance, and science courses.

The 1970s, the era of post-sexual revolution and second wave feminism, saw the most drastic changes to the health education program in Ontario. Elementary school students began learning about human growth and development, the differences between males and females, and health instruction began to be increasingly biology based instead of revolving around morality. However, the health curriculum still reinforced gender roles, normative family values, and emphasized the importance of marriage.

With the discovery of HIV and AIDS in the 1980s the focus of sexual health education shifted to once more emphasize the prevention of pregnancy and sexually transmitted diseases. Much of the instruction in this period was consequence based — focusing on the impact and dangers of disease. Formal instruction on HIV and AIDS was introduced in the 1987-1988 school year. At this time the education message still focused on abstinence as the best method for avoiding AIDS and all other forms of sexually transmitted disease.

The Ontario curriculum that was developed in the 1990s introduced sexual health education for grades 3, 6, and 9. Grade three instruction was designed to highlight basic elements of human sexuality and teach about inappropriate touching, grade six focused on puberty and reproductive systems, and grade nine instruction was centered on contraception, sexually transmitted disease, relationships, and diverse sexual orientations.

However, even with the inclusion of contraception and sexual relationships in the curriculum the health and physical education guidelines still emphasized that abstinence should be the underlying message in sexual health education. Additionally, despite including messaging around diverse sexual preferences very little of the curriculum supporting material actually addressed anything other than heterosexual relationships. Many of the examples used in teaching about sexual relationships reinforced ideas of male-female gender roles and left little discussion for relationships not within the hetero-normative spectrum. Anecdotally, as someone who experienced sexual health education in the 1990s and 2000s in the Ontario school system I can attest to the lack of recognition of non-heterosexual relationship in any health class I ever participated in.

The latest iteration of the sexual health education curriculum guidelines is one of many changes in response to a changing world and changing conceptions of gender, sexuality, and relationships. With roots in an educational program to promote chastity and moral goodness, Ontario’s sexual health education program has undergone significant redevelopment and continues to be a point of contention within the province.