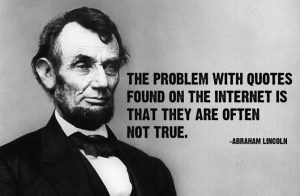 A while back I noticed that Active History had published a post citing a satirical political website as fact. It was an easy mistake to make: the site looked real enough, and its article only mildly ridiculous in the current news climate. I contacted the Active History contributor and editor, and the quote was quickly removed. Case closed. But it got me thinking about the challenge that historians face in recognizing fact from fiction, and how we respond when we are fooled.

It was a matter I had faced myself recently. One strand of my research into the Miramichi Fire, a forest fire that swept across Maine and New Brunswick on 7 October 1825, was finding evidence of the thick smoke that enveloped all of northeastern North America in the days that followed. So I was happy to come across the following from a published Toronto-area diary for that year:

October 9 — … Last evening there was to us a marvelous display of northern lights. When daylight faded pink clouds appeared in the sky mixed with long shooting rays of white light. The clouds changed shape continually, but the color was always a shade of red. At times the clouds filled the entire northeastern sky.

Nice! The fire had presumably affected the atmosphere as far away as Upper Canada, and in a manner I had not read elsewhere. The author was an Andrew Anderson, and his diary was included within the 1915 book The Narrative of Gordon Sellar Who Emigrated to Canada in 1825. I incorporated Anderson’s description into the text.

The only problem? You guessed it. The diary and the memoir that surrounded it weren’t real primary sources, they were “fictional history” (a more appropriate term, I think, than “historical fiction,” which speaks first and foremost to literature rather than history). Anderson was the product of the imagination – and the considerable historical knowledge – of Quebec journalist Robert Sellar.[1] I discovered this only because, in seeking to know more about the book, I came across Bruce Elliott’s mention in a Journal of British Studies book review that Jane Errington had been fooled, too, and had quoted from Sellar’s work as nonfiction.[2] My misery loved Errington’s company, but above all my scholarliness appreciated Elliott’s intervention: he had helped me catch a mistake before it went to press.

There is a long tradition of historians mistaking fiction for fact. Sometimes, we are victims of purposeful hoaxes such as the Hitler diaries. Occasionally, we are caught up in well-intentioned attempts to capture the spirit of a past age. In terms of Canadian history, geographer Eric Ross’s Beyond the River and the Bay springs to mind as an example of the latter category, and indeed there are references in Jstor to Ross’s book that make no mention, and presumably do not realize, that it is fiction.[3] And once in a while we write fictional history of our own expressly to explore the nature of history. As part of a “Lying about the Past” course at George Mason University, Mills Kelly helped students create an internet hoax about a purported “last American pirate.” It fooled Wikipedia and USA Today, among others, before the class came clean.

It is hardly a surprise that Kelly’s class went online to spread its hoax. The internet has greatly increased opportunities to fool people. There is so much information out there to process, so much opportunity to make it well-formatted and real-looking, and, in many cases, so much difficulty in confirming or refuting what we read. Lots of people get fooled. Last month, for instance, Slate attributed to Rudy Giuliani a tweet that had actually come from a Giuliani parody account. (See the original vs corrected article.)

But Slate flagged the fact that a mistake had been made. In the Active History case I mentioned, evidence of the mistake simply disappeared. Those who had read the blog post early came away from it with erroneous information, and, if they ever returned to the site or to the specific post, had no way of knowing that the information had been wrong. Not only that, Active History missed a teachable moment: specifically, to point out that a seemingly authentic site is satirical, and, generally, to have readers consider the difficulty we face in assessing sources. Historians needn’t revel in our screw-ups (that’s what other people are for), but we should admit when we’ve been fooled.

Alan MacEachern teaches History at the University of Western Ontario. He would welcome, in the comments, examples of “fictional history” and/or of historians being fooled by it.

[3] Don Akenson’s At Face Value fits somewhere here, too, although I don’t know that anyone has accepted it as entirely factual.  No one would mistake my undergraduate attempt at fictional history in Gaslights, Epidemics, and Vagabond Cows as real – or any good.

13 thoughts on “There’s a Historian Born Every Minute”