Much like the saying “history is written by the victor” history also tends to be written by the privileged elite. Within the archival field in Canada, this privilege is directly connected to the colonial nature of archives. Across Canada, archival collections tend to be filled with documents related to, and from, the perspective of the upper echelon of European settlers to Canada.  Histories of communities are built using archival records and tend to focus on the impact of the white settlers with other stories being briefly mentioned, if at all.

The members of the Oshawa Historical Society, who began the archival collection of the Oshawa Museum, came from the privileged elite. Their collecting focus was on what they knew and what they determined to be important.  This means that the initial collection focus was on the role of the early white settlers, early industrialists and politicians, and those who used their wealth to grow Oshawa. There is a lack of documents created by those who worked for the industrialists, who farmed the lands, or the people who were merely surviving as Oshawa grew around them.  There is a silence in the archival record related to anyone who did not fit into the traditional narrative focused on white European settlers.

While this ethnocentric focus was very much of the time period, today we need to work on decolonizing our collections and to fill in the gaps created by our early collecting practices. The traditional historical narrative is now considered biased and antiquated. Communities are asking for a more balanced looked at the people, places and events that shaped our history. 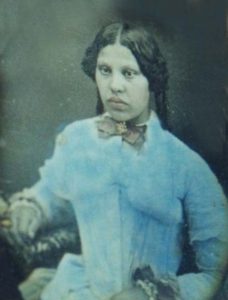 Mary Anderws Dunbar – accession #: A992.4.5, from the archival collection at the Oshawa Museum.

How do the Euro-centric collecting practices of the past impact our ability to research and tell a more diverse history of our communities? Bluntly put, colonial based archives make researching outside of the traditional narrative challenging, as the records are not in holdings. However, just because the research is more challenging, that does not mean that we should not undertake it.

The Oshawa Museum has recognized that we must work to move beyond the traditional narrative and tell the more diverse history of our community. One of the ways we are doing so is by researching early Black history in Oshawa.  In 2013, an invitation from Trent University Durham to take part in a Black History Event brought to light the fact that very little research into this topic had actually been undertaken.  The invitation was a wake-up call and kick started the shift in research focus for the Museum.  We saw that there were areas of Oshawa’s history that were clearly under-researched or not researched at all, and this had to change.

The research began with the census records as we traced the POC population within the Township. It turned out that there were 17 people identified under the category of “Coloured persons – Negroes” in the 1851 census of East Whitby Township.[i]  This means that .2% of the population of 8479 were identified as POC. Most of those counted were single men, but there were also two families. 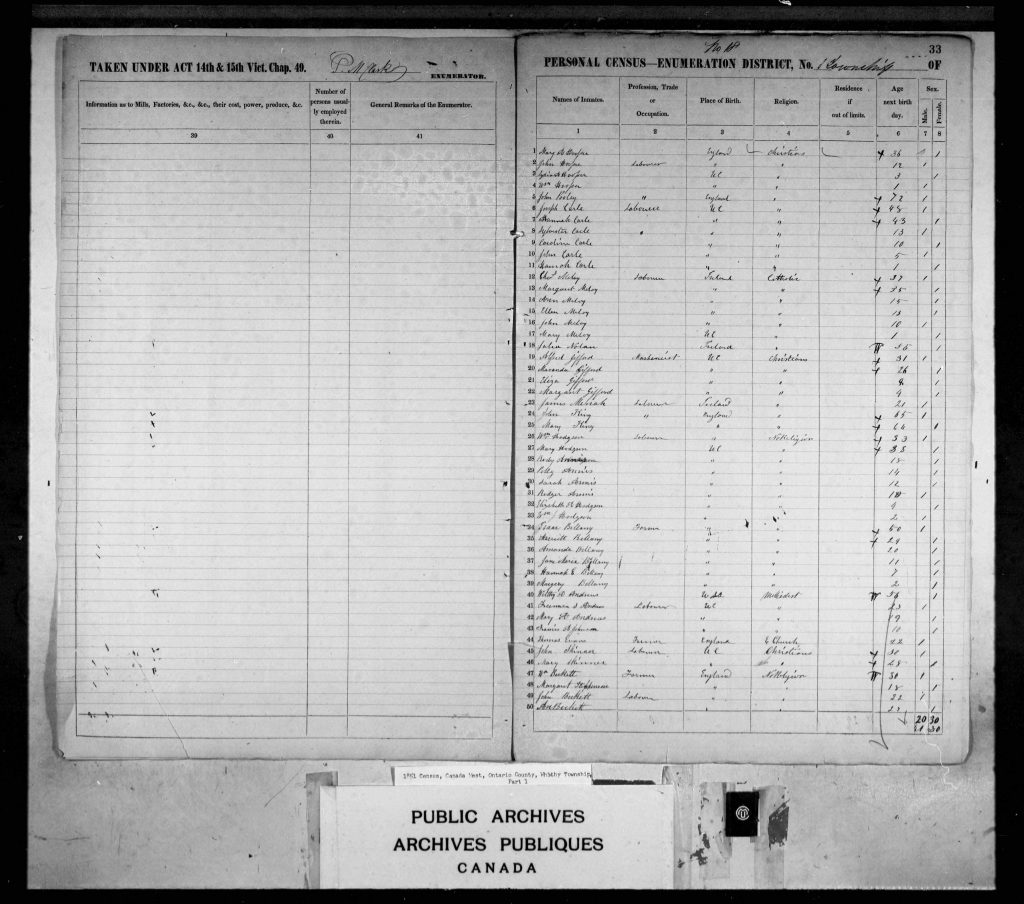 One family was the Andrews. We were able to gather a great deal of information on the family from the census records and the Museum’s archival holdings had some information on this family.  Through genealogical research undertaken by California resident Robert Pankhurst, he found a connection to Andrews family. He also suspected that the racial background of his family may have been more diverse than he knew. Reference correspondence between Pankhurst and Norah Herd, Archivist at the Oshawa Museum, track the progress of the research until it is clear that Pankhurst is in fact related to the Andrews and that he is in fact mixed race.

We continued to fill in the gaps of Pankhurst’s research to better understand the life experiences of the family. We traced their movement from Vermont, where matriarch Wealthy Andrews was born, to Lower, and then Upper Canada.  We noted evidence of two potential interracial marriages in the family, both Wealthy and her daughter Mary, which appear to have impacted the information recorded in the census records. As we did this, we added copies of all information uncovered on the family to the genealogical vertical file.

Census records highlighted another issue when researching non-Eurocentric historical narrative: the challenges of racial representation in colonial records. In this case, the race and nationality of the Andrews family shifted with each census record.  From being identified as Negro in the 1852 census, Scottish in the 1861, African in the 1871 and English in the 1881 – this family highlights how Black Canadians, particularly mixed race,  have been significantly under counted in census records. [iii] As Robert Pankhurst researched his family and his hunch that he was of mixed race ancestry, we see another challenge when researching POC – having parts of familial history intentionally forgotten or hidden. Upon moving to the United States in the 1930s, Wealthy Andrews’ descendants no longer identified as POC, and thus this information was unknown to those gathering data from these records.

While this research project focuses on one family who simply went about living their lives, their story, their experiences are so important in changing and expanding the way we look at the early history of Oshawa. This research shows that ethnic and racial diversity has been a part of our community for a very long time.

We can learn something about our collective past from an individual’s experiences. The experiences of the Andrews family are just as important to the history of Oshawa as the experiences of European white settlers. As archivists, we must address the issue of colonial archives and ensure that our collection policies will not perpetuate gaps in the archival record. We are in the position to decolonize archival holdings, to expand on traditional narratives, and to seek to tell a more complete history of our community.

Jennifer Weymark has been the Archivist at the Oshawa Museum since 2000.  While managing the archival collection, Jennifer passionately works to include more voices, more experiences and more stories to better reflect our community’s diverse history.

One thought on “Changing the Narrative”