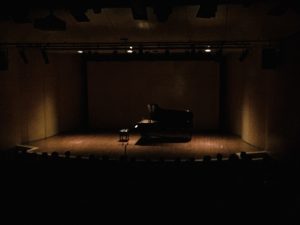 With the onset of COVID-19, we have seen orchestras, operas, and small ensembles retreat from the concert stage and disperse into their lonely practice rooms. There is no doubt that COVID-19 is not being kind to Canada’s musicians or music institutions. Yet this time away from the spotlight also provides an opportunity for critical reflection on the issues that have plagued the classical music community long before the pandemic hit. It is well known that financial insecurity and the struggle to fill seats has challenged Canada’s orchestras and operas for decades.

The impending death of classical music has sparked heated debate among music critics over the past several decades. For more than a century, critics have claimed that classical music has lost its relevance in modern-day life. While cynics declare classical music’s “time of death,” enthusiasts point to sold-out concert halls to resurrect the significance of classical music in the public eye. Shockingly, concert pianists, orchestras, and chamber ensembles, clad in their pristine concert attire, continue to take the stage in front of awe-struck crowds. Even in our pandemic era there has been no shortage of interest in virtual performances, as operas and symphonies are among the first cultural institutions to reopen. Classical music is alive and well.

But should it be?

Musicians, conductors, and arts administrators have long ignored the racist and colonial past of the repertoire that is performed year after year. Just this spring the Tchaikovsky Competition, one of the world’s most prestigious music competitions, attempted to dismiss Richard Wagner’s racist legacy by justifying his views as simply a product of his time. Yet it has become overwhelming clear that this is an unacceptable excuse as we watch monuments torn down and streets renamed in critique of the white supremacy that these commemorations of ‘great’ white men represent. In an era of decolonization, Truth and Reconciliation, and anti-racism, how much longer can classical music survive by separating the notes on the page from the racism of the men who wrote them?

The classical music community is long overdue for a critical examination of its history. There are countless examples of pieces of music that the community celebrates while neglecting the violent context in which they were composed. Idolizing the canon of artistic geniuses has blinded musicians and classical music lovers alike. Performers, teachers, and students are encouraged to look past the wrongdoings of past composers because, as creative geniuses, these men are above criticism. The classical community has used the cult of genius as an excuse to avoid the past.

Antonio Dvorak, for example, has long been celebrated as a creative genius who merits little criticism.[1] His New World Symphony is a part of the Romantic canon, a masterwork featured in the annual repertoire of most symphonies, known and loved across the classical music community. The Czech composer wrote the symphony while on a trip to New York in the 1890s. Music history textbooks have praised the composer as an advocate for the creation of a specifically American national sound to mirror the rise of musical nationalism in Europe.[2] He urged white American settlers to incorporate the music of Black Americans and Indigenous peoples into their music. In fact, several of the main melodies in the symphony are based on Black spirituals that Dvorak encountered during this travels.

The colonial dynamic of the New World Symphony is something that the classical music community has refused to recognize. These melodies, like the land and the histories of its peoples, were stolen by a white European explorer. Dvorak’s approach to composing New World represents the common colonial assumption that white men have not only the right to take property and culture from brown and black bodies, but the responsibility to improve upon it. By translating folk song into Western music notation and incorporating it into one of the most respected high art genres using sophisticated compositional techniques, Dvorak “civilized” the music of Black Americans and North American Indigenous peoples. We cannot separate the beautiful melodies of the New World Symphony from its place within the civilizing project of European imperialism.

The works of Giacomo Puccini provide another example of music we glorify entirely devoid of its context. Puccini was Italy’s foremost early 20th century composer. When Benito Mussolini’s Fascist regime rose to power in the 1920s, Puccini met with Il Duce on a number of occasions and accepted an honourary membership in the Fascist Party. For two years, Puccini was complicit in the Fascist regime. Many musicologists, if they mention it at all, dismiss Puccini’s relationship with Mussolini as the composer’s death in 1924 meant that he only experienced the early years of the Fascist regime.[3] But we know that even posthumously, Puccini’s legacy benefitted from the system of violence that the Fascist regime imposed. Turandot, La Bohème, Tosca, and Madama Butterfly were absorbed into the canon of Italianatà and showcased as cultural accomplishments of the Italian nation.[4] The fame of these operas today is, in part, a result of the promotion that they received during the interwar years. Our repeated celebration of these operas is a cultural legacy of the Fascist regime.

The Puccini problem is tied up with the broader issues of collective memory in Italy. Unlike Nazi Germany, Italy did not undergo a mass de-fascistization program. Instead, there grew a widespread belief that Italians were not complicit, but themselves victims of the Fascist regime.[5] This narrative uses Mussolini as a scapegoat, displaces culpability for the horrors of the 1920s and 1930s, and marginalizes the experience of those who suffered under Fascist violence, racism, and imperialism. To continue to perform the art of the Fascist period without recognizing its role in the regime of violence perpetuates this narrative.

The most well-known example of violence and racism in classical music is that of Richard Wagner. The nineteenth-century German composer was a fanatical anti-Semite. Wagner was not only a composer, he also wrote several books, including Das Judentum in Der Musik, that condemn and de-humanize the Jewish people.[6] In the 1930s, Adolf Hitler used Wagner’s writings and compositions to celebrate German culture and denigrate the Jewish community. Yet orchestras and operas continue to showcase his works will stifling mention of his anti-Semitism.

An example of the celebration of the Wagnerian genius devoid of his history of violence can be seen in an Instagram post last month by the social media coordinators of the Tchaikovsky Competition. In their May 22 post, the Competition celebrated the birthday of Hitler’s favourite composer without any mention of Wagner’s racist legacy. When questioned about not mentioning Wagner’s anti-Semitism, @tchaikovskyofficial responded, “Why would we? at the time everyone was antisemitic. 200 years ago all white americans were slavers and 100 years ago every white american was for segregation and beating his wife once in a while … Time period context matters, kido.” When pushed to clarify its views, @tchaikovskyofficial stated that these “mistakes and (horrible) misconceptions did not make [these historical actors] bad or evil.” These social media posts represent, presumably accurately, the opinions of the Tchaikovsky Competition. The classical music community has remained silent in response, tacitly condoning racism and white supremacism.

To answer @tchaikovskyofficial’s question, we should recognize Wagner’s anti-Semitism because it is a crucial part of his story. Like many other Western European composers, Wagner’s political beliefs and racial assumptions taint not only his legacy, but his approach to composition.  We know that to fail to recognize racism is to perpetuate its existence. It is no longer acceptable to separate art from the violence that motivated its creation.

On 1 June 2020, the Manhattan School of Music announced that as a part of its “Cultural Inclusion Initiative” all performances in the 2020-21 year will feature work by “African American creators or those from African diasporas.”[7] This step emerged in response to escalating protests of police violence against black bodies. This is certainly a positive development. But “cultural inclusion” is a very different thing from decolonization. Does it make sense to perform a single work written by an African American composer alongside an entire repertoire predicated on colonial power dynamics, racial hierarchies, and white supremacism? Decolonization is not about saying we will do better to be more inclusive in the future. Decolonization means taking a critical look at our past and recognizing in a meaningful way the wrongs that have been committed.

The era of COVID-19 has been devastating in many respects, but it also provides an opportunity for positive structural change. Let the COVID-19 lockdown be an opportunity for classical music institutions to re-evaluate themselves and their values. Let this time away from the concert stage be a moment for self-reflection. Let musicians, conductors, and art directors look beyond their scores and consider what it really means to perform beautiful music tainted by ugly racial ideologies.

After completing an undergraduate degree in flute performance, Jessi Gilchrist went on to study history at the Western University where she is currently an MA candidate. Her research explores Anglo-Italian cooperation over empire during the 1920s and 1930s.

One thought on “Could Covid Cure Classical Music?”