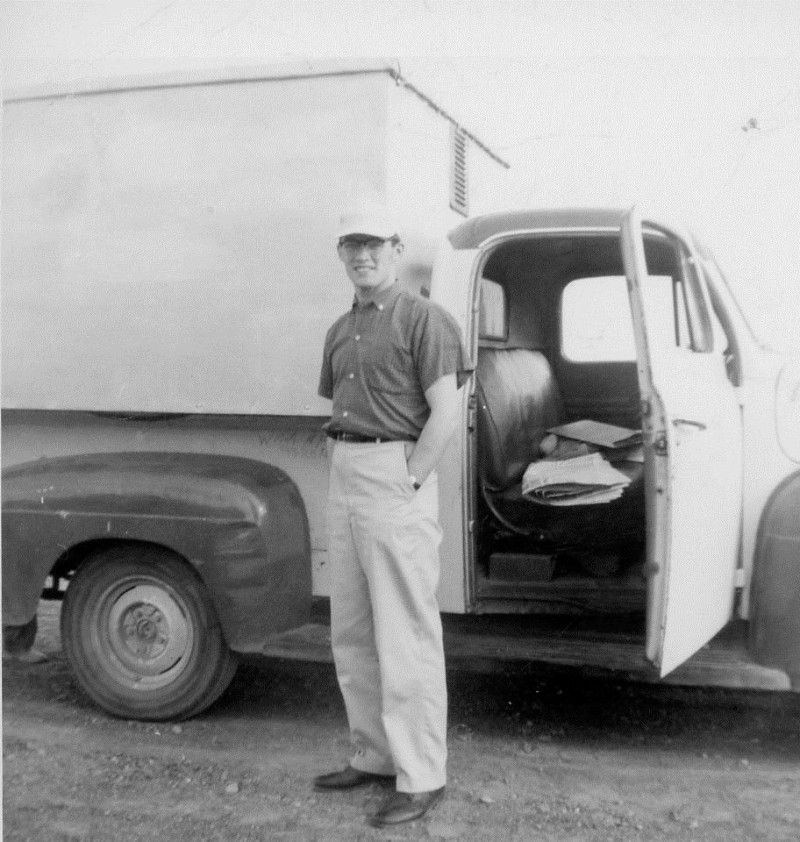 In the summer of 1955, Ernest (Ernie) Tate, a young immigrant from Belfast, wandered into the “Toronto Labour Bookstore” on Yonge Street north of Wellesley.

The proprietor of the bookshop was Ross Dowson, a founder of the small Canadian Trotskyist movement. It espoused the ideas of Marx and Lenin, but was critical of the Soviet Union and what Stalin had done as its leader from the 1920s until his death in 1953. Dowson introduced Tate to the idea of socialist revolution and the organizations that claimed they could bring it about.

Tate’s education, terminated in Belfast when he left school before the age of 14, now began in earnest in Toronto.

A quick study, Tate soon graduated at the top of his class, a seasoned Marxist, joining the small political current that would eventually become the League for Socialist Action (LSA). He then travelled to New York to work with the Socialist Workers Party (SWP), and spent time at its educational centre in New Jersey, the Mountain Spring Camp, before coming back to Toronto.

When he wasn’t spray painting “Ban the Bomb” on a government-built Shelter near Ontario’s provincial legislature, Tate might be facing an “obstruction” charge arising out of a picket line scuffle. A lot of his time was taken up with organizing support for bodies like the Fair Play for Cuba Committee. He also traveled the country, living out of a truck and selling revolutionary pamphlets and Marxist texts to pay for his meals.

There were moments of levity as well, especially when Tate was hobnobbing with radical Canadian poets like Milton Acorn or Al Purdy. Both were drawn to the politics of dissident communism in the early 1960s. Another distinguished poet, Joe Rosenblatt, was a lifelong comrade of Tate’s and a member of the LSA.

A branch of the international Trotskyist movement with which the LSA and the SWP were affiliated decided in 1965 that their long-divided supporters in England would benefit from being brought closer together. Tate volunteered for the job. He figured to be away from Canada for two years.

The mid-to-late 1960s were different times than the mid-to-late 1950s. Tate, setting himself up in London, found himself riding a wave of youthful political opposition to the war in Vietnam. With a handful of others, Ernie established the International Marxist Group, recruiting Tariq Ali, a former President of the Oxford Debating Union, to its ranks.

Tate worked for the Bertrand Russell Peace Foundation, helping to orchestrate its War Crimes Tribunal. It convened in Sweden and Denmark in 1967. Ernie got to see how intellectual celebrities like Jean-Paul Sartre and Simone de Beauvoir behaved when not in the limelight. Invited to the Oxford Union, he debated United States military aggression against the North Vietnamese. The Vietnam Solidarity Campaign (VSC) was founded thanks to work by Ernie and a few other comrades.

London rallies and protests against the war in Grosvenor Square and Hyde Park in 1968 were the fruits of Tate’s considerable labours. Ernie joined the likes of Tariq Ali, who became the public face of anti-Vietnam War protests, and Vanessa Redgrave, in marches and on speakers’ podiums. Having spoken to meetings of a dozen in Toronto in the late 1950s, Tate now addressed throngs of tens, even hundreds, of thousands. 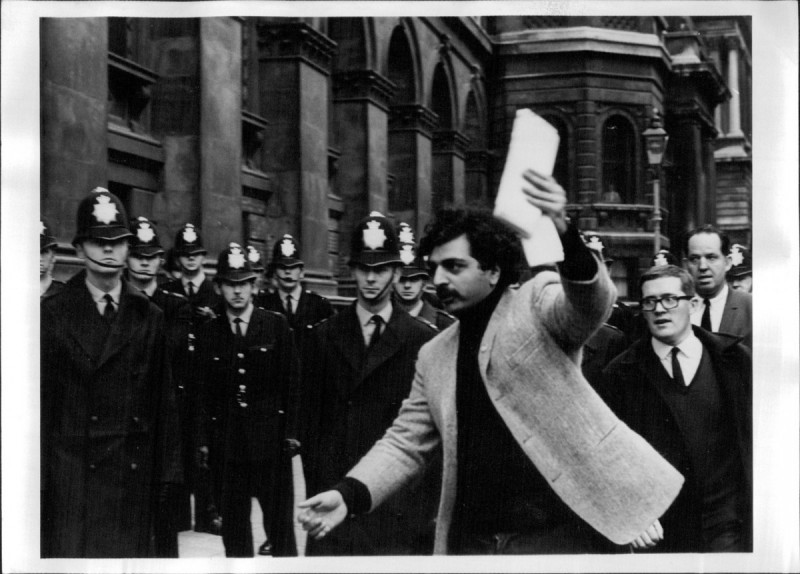 Such happenings inspired Mick Jagger and Keith Richards. Their anthem to the moment, “Street Fighting Man,” proclaimed: “Ev’ry where the sound/Of marching charging feet, boy/’Cause summer’s here and the time is right/For fighting in the street boy.’

The Guardian thought Ernie an incomprehensible incongruity. How could this “able Ulsterman in his early thirties, with unmodishly short dark hair, the black-rimmed spectacles of an advertising executive, and a terse, direct, manner” mobilize the counter-cultural masses like he did?

A two-year assignment stretched into four eventful years. Tate became a cause célebré on the international far left when he was brutishly beaten in 1966 by members of a rival Trotskyist political organization, the Gerry Healy-led Socialist Labour League (SLL). Tate had the temerity to be flogging a pamphlet critical of Healy outside an SSL meeting.

Isaac Deutscher, a distinguished Marxist historian influential in New Left circles of the time and a future G.M. Trevelyan Lecturer at the University of Cambridge, was disgusted by the Healy group’s thuggery, so antithetical to socialist principles. He summoned Tate and Healy to his house and gave the latter a private dressing down.

Ernie established a relationship with a Scottish émigré to Canada, Jess MacKenzie, during this period. Jess, who attended a Brussels Youth Conference in 1966, joined Ernie in London and helped him get the IMG started, running its literature sales out of a few rooms above a butcher’s shop at 8 Toynbee Street.

The couple returned to Toronto in 1969. For a time they continued to work in the LSA. They found, however, that it had changed in the late 1960s. Ernie and Jess nonetheless remained affiliated as the organization shifted gears. They finally parted company with the organized Trotskyist movement they had done much to build in the late 1980s.

This gave Ernie more time to devote to trade union activities. He had been a union shop steward with the Packinghouse Workers Union before he was hired at Toronto Hydro in 1977. As Vice-President of the Canadian Union of Public Employees local at Toronto Hydro he helped lead a successful 1989 strike. After his retirement in 1995, Ernie and Jess were part of a broad coalition that opposed the plans of the Conservative government led by Mike Harris to privatize the province’s hydro-electrical industry. 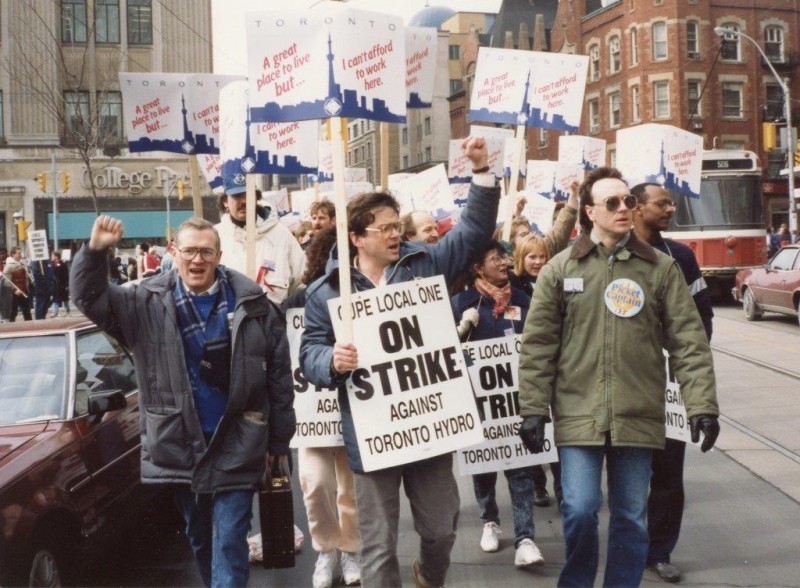 In 2014 Ernie published a two-volume memoir, Revolutionary Activism in the 1950s and 1960s. It is a unique resource, a rewarding read for anyone interested in a gritty account of mid-twentieth century revolutionary movements.

These published recollections recently served as a valued resource for the newly-launched (in 2020) Undercover Policing Inquiry in the UK investigating the activities, among other things, of the Special Demonstration Squad (whose ironic acronym, SDS, was the same as that of the radical Students for a Democratic Society), first formed in 1968 as a clandestine component of the London Metropolitan Police and the subsequent National Public Order Intelligence Unit.

The hearings, prompted by revelations that cops surreptitiously wormed their way into protest groups, conducting themselves in egregiously unethical ways, have been described as among the most complicated and expensive public inquiries in British legal history.

That police agents infiltrated the kinds of organizations Tate worked in and with during the late 1960s is no surprise. But that undercover officers – at least six of whom were, at various times, tasked with spying on Tate – went so far as to form intimate bonds with targeted female leftists, who had no knowledge that they were in relationships with undercover policemen, has left many shocked and dismayed. Over decades of this deep surveillance, some 30 women were enticed into relationships with police paid to inform on them and their co-workers in various causes. One officer fathered a child with an animal rights campaigner, disappearing from her life when his superiors pulled him out of his undercover assignment. The woman subsequently received £425,000 in damages from Scotland Yard.

In a witness statement for the hearings, Tate noted that “gross violations of people’s civil liberties” had taken place over many years, orchestrated by “the British security services.” Tate expressed the hope that the Inquiry would lead to “legislation and public oversight” limiting the ability of the police and other state security forces to “harass those who happen to be critical of society or are fighting for social change.”

His 34 pages of Undercover Policing Inquiry testimony, provided in 2020 when he was 85, proved one of Ernie Tate’s last political acts.

His life was that of the working-class renaissance man. Ernie Tate’s skills were many, and he found employments in all kinds of Canadian workplaces. He built a cottage on a peninsula jutting into Lake Huron and renovated a house in Toronto. An apprenticed machinist in his youth, he upgraded his credentials to that of stationary engineer at the Ryerson Polytechnic in the late 1970s. His papers in English courses won prizes.

But his most impressive talents were those he honed on the agitational road. He was a fighter for a better world and he did what he could – on both sides of the Atlantic – to achieve it. Throughout it all he never lost the Irish twinkle in his revolutionary eye.

Ernie Tate died at his Toronto home on 5 February 2021, aged 86, succumbing to a months-long battle with pancreatic cancer. He was cared for and loved by his partner and political collaborator of 55 years, Jess Mackenzie.

Bryan D. Palmer is the author of the forthcoming James P. Cannon and the Emergence of Trotskyism in the United States, 1928-1938 (2021) and the co-author of Toronto’s Poor: A Rebellious History (2016).