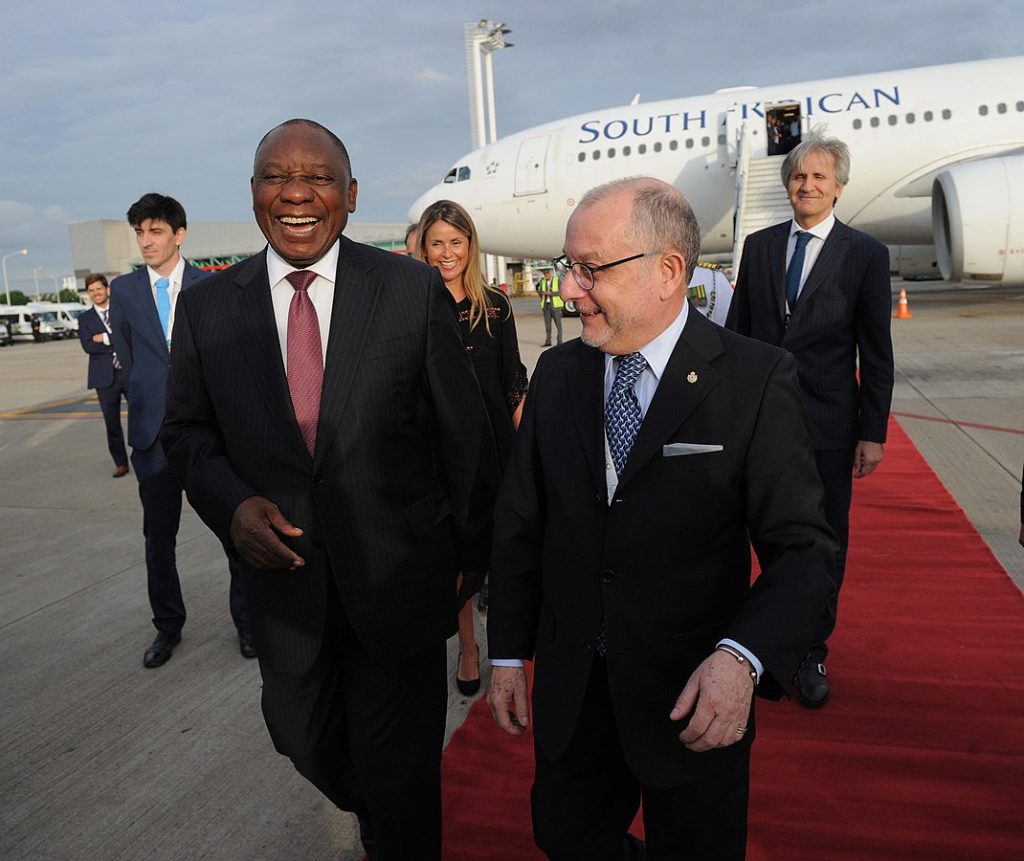 This post, by David Sheinin, is a response to Krista McCracken’s Anti-Racism and Archival Description Work, published on June 7, 2021.

Krista McCracken makes excellent, compelling points in “Anti-Racism and Archival Description Work.” In addition to supporting what they outlined in their post, I offer two cases drawn from my own research that demonstrate the importance of the racist archival record to understanding racism, past and present.

In Argentine government archives I found that Foreign Ministry officials had categorized hundreds of files using the word “Africa,” preceded by a cataloguing descriptor that organized continent geography and history in sharp racist, colonial terms. The Foreign Ministry Archive is both a “historical” archive and an active repository for diplomats and policy makers working on current foreign relations problems. In my work on Cold War Argentina — and in months spent reading tens of thousands of documents — that archival descriptor (and its absence in places) became extremely important to my understanding Argentine government approaches to Africa, how racism infused foreign policy for decades, and how Argentine authorities “divided” Africa by race for a range of purposes. Algeria, for example, did not fall under that arbitrary and discriminatory descriptor. Nigeria did. It was a clear first signal of many explaining why the Argentine government differentiated between the two nations, in awarding nuclear sector contracts for example. Algerians, according to the discriminatory rubric, were competent. Nigerians were not. In unstated codes underscored by the archival descriptor “X,” racism infused policy in a way that was never openly stated in public by Argentine politicians or diplomats.

In the mid-1990s, I spent several months conducting research at the Archive of the Organization of American States (OAS), a group Canada joined in 1990. I worked closely with a Jamaican-US American archivist who told me poignant stories of the discrimination faced by African-Caribbean OAS employees on the part of diplomats from Spanish speaking countries that self-identified as white.

One day, he told me he had something to show me. In a sub-basement, he led me to fifteen enormous cardboard boxes. Each was sealed with packing tape. He asked me to open one, which I did. It was brimming with unopened letters to the OAS secretary general João Baena Soares. The archivist cut open a second box, then one of the letters at random. It was from somebody in Sweden furious at the OAS mishandling of the violent 1991 coup d’état in Haiti, and its fiercely repressive aftermath. As the Haitian crisis worsened, in conjunction with the United Nations, the OAS sent the International Civilian Mission in Haiti to investigate reports of massive human rights violations. As a shaken Canadian diplomat told me in 1994, the mission failed miserably as violence spiraled out of control.

The archivist commented that a frustrated Baena Soares had received thousands of such condemnatory letters from around the world. At one point, he demanded to see the archivist, then shouted at him to stop producing the letters; he wanted to see no more of that critical correspondence. Shaken and not certain what to do about the flow of mail, the archivist quietly filled unmarked boxes with unopened incoming letters. He was convinced, he told me, that Baena Soares’ behaviour (and the resulting anonymous “cataloguing” of the material) was discriminatory; the secretary general got away with his dismissal of international criticism because, in keeping with two centuries of racist tropes regarding Haiti, Latin American diplomats viewed that country in prejudiced, racialized terms as a “Black” republic. Had it been Mexico or Chile, the archivist argued, the correspondence could never have been ignored with such impunity.

What became of the correspondence? Fearing for his job, the archivist would not let me see more. I made repeated requests for access. For several years the letters remained in the unmarked boxes, a secret monument of sorts to OAS discriminatory behaviour toward Haiti. After that, they vanished.

As archivists move forward on re-description, how do we hold on to the significance of the original racist meaning of these kinds of archives? How do we make sure that a discriminatory record is preserved?