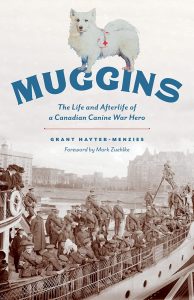 In 2011, War Horse hit screens around the world. Telling the story of a British teenager’s horse being purchased by the military for service in the First World War, the film grossed over $175 million worldwide. Based on a 1982 novel, the story has also been successfully adapted to the stage and is probably the best known medium through which people have learned about the use of animals during the war. Estimates vary, but according to the Imperial War Museums over 16 million animals served between 1914 and 1918, being used for transportation, communication, and companionship. That number doesn’t include the animals that were put to work as part of the war effort on the home front, as many communities used dogs as part of their war fundraising efforts. That people around the world were so willing to make animals an active part of a conflict in which they had no culpability raises many questions about the ethics and morality surrounding human-animal relationships.

One such case was that of Muggins, a dog in Victoria, British Columbia who raised thousands of dollars for a number of charities, including the Red Cross, during the First World War. A purebred Spitz, Muggins became a popular fixture of the Victoria waterfront as he canvassed wearing tins in which people would place their donations. He also helped cheer up wounded soldiers at Esquimalt Military Hospital and saw soldiers off as they departed the city on their way to Europe. His story, wonderfully told by Grant Hayter-Menzies in Muggins: The Life and Afterlife of a Canadian War Hero, is not only one of joy and happiness, however, as the circumstances of his death could be evidence of being overworked. What on the surface might appear to be a community-based story of a beloved dog in fact sheds a light on the complicated, and often fraught, history of how animals have been used by human beings and how people view their environment.

In this episode of the History Slam, I talk with Grant Hayter-Menzies about his book and the story of Muggins. We chat about how Grant approaches his biographies of animals (7:25) and Muggins’ career as a prominent fundraiser (12:10). We also discuss the agency of animals in their relationships with people (18:45) and whether the story is one of animals or human beings (27:58). In addition to Muggins, Grant has written biographies of other notable animals, which you can find on his website.