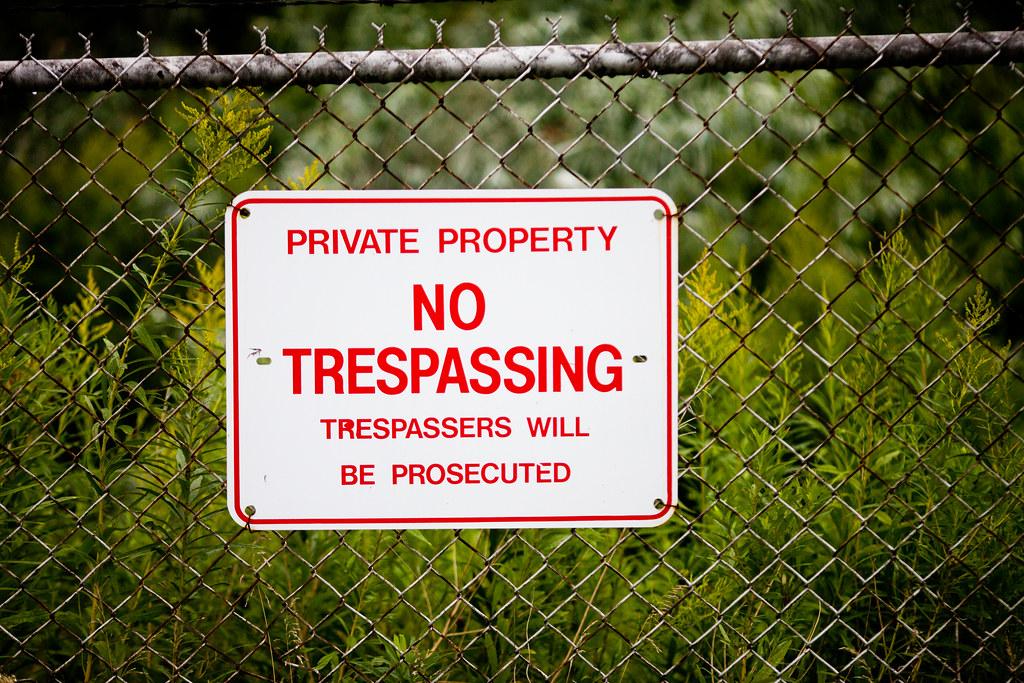 Recently the government of Saskatchewan strengthened existing trespassing law to the benefit of farmers and to the detriment of Indigenous people. The new laws took effect on Jan. 1, 2022. Under previous legislation, land owners had an obligation to put up posting if they wanted to limit access to their land. Now it is the responsibility of “trespassers” to ensure they are not on the wrong land, by obtaining permission from landowners to use their land for activities such as hunting, fishing, or hiking. The Federation of Sovereign Indigenous Nations has objected to the new laws, on the grounds that they violate treaty rights, which allow Indigenous people to live off the land. The fact that these laws were passed in the wake of the 2016 Colten Boushie shooting makes them all the more egregious and sends the message that the Saskatchewan government condones Gerald Stanley’s right to protect his private property.

Indigenous advocates have pointed out the irony of charging Indigenous hunters with trespassing upon land that was taken away from them. Converting previously accessible “public” land to strictly controlled private property has a parallel in the history of enclosure and resistance to it in England. Revisiting this history can help us rethink notions of “private property” and who the land belongs to. It also allows us to reflect on how private property rights became much stronger in Canada than in the United Kingdom, where rights of way (England) and right to roam (Scotland) customs and laws prevent rural landholders from restricting access for recreation.

The English Village Before Enclosure

The pre-enclosure English village comprised the lord of the manor, tenant farmers with different leases, cottagers or commoners – defined as small owners or occupiers with enough land and common rights to feed themselves – and squatters, who lived upon the land but had no ownership.[i] In theory, going back to the Norman Conquest, the lord of the manor owned the land and commoners farmed it for him. But in practice, common rights meant that the villagers jointly “owned the commons,” or, more accurately, the rights to the land, though they had no written documents encoding those rights. A person who owned or rented a cottage had the right of common that attached to the cottage. These rights included the right to farm the commons, use the pasture, glean grain after the harvest (collecting grain that had fallen), and gather turf or furze for fuel. They were part of customary law, which was recognized in the eighteenth-century courts.[ii]

The purpose of enclosure was to consolidate farms into more efficient units and bring the commons and waste lands, such as woods, bogs, fens, and moors, into cultivation. In the sixteenth and seventeenth centuries, the process of enclosure was underway, but it was done by voluntary agreement among the large landowners in a particular jurisdiction. In the eighteenth century, parliament increasingly took over the process, passing acts that enclosed large areas of land (the process was initiated by a petition from a large landowner). The state’s interest in enclosure sped up and greatly extended the process. By 1820 most of English rural land was enclosed. Enclosure was controversial throughout the eighteenth century.

The English government was strongly biased in favour of enclosure. The ruling class had come to the view that enclosure improved agriculture. The men appointed to carry out the work of enclosure, commissioners, decided how the land was organized after enclosure, setting aside land for the lord of the manor, the owner of the tithe, and new roads. Small farmers and commoners had no voice in any of these decisions. If they had documented claims to common rights, such as the right to graze a cow, commissioners would give them a small plot of land. Non-documented or customary claims were rejected. Commissioners had immense power, yet were not impartial civil servants, but were nominated by the person petitioning for enclosure, i.e., the major landowner in the district.

For the enclosing landlord, the land he obtained was more valuable than any rights he may have had. A large tenant farmer made on average a profit of 20% on his investment in enclosure, and his rents went up by 13%. For everyone else, small farmers, commoners, and squatters, enclosure was a loss.

An enclosure scheme required investment. The expenses of enclosure were very heavy, sometimes as high as £5 an acre. Most small owners had to mortgage their land to pay for their share of enclosure costs and many had to sell. The plots given to commoners who owned their cottage were generally too small to be of use. Most commoners who rented their cottage could not document their claims to using the land and received no compensation. Many small owners, commoners and squatters were reduced to day labourer status, emigrated to America, or moved to industrial towns.

In the post-enclosure world, land was concentrated in a few hands. Large tenant farmers hired landless wage labourers (former commoners) to do the work of farming. Commoners experienced enclosure as a catastrophe. Not only did they lose land, but they also lost their community and way of life. As Jeanette Neeson has illustrated, enclosure proletarianized the English peasantry, making rural labourers fully dependent on their employers.

Important rights that were lost were the right to cut fuel, gleaning rights, and cow and pasture rights. Neeson makes it clear these rights were valuable. In some places, a man could cut nearly enough fuel in a week to warm his family all the year. The ashes could be sold as fertilizer. Gleaning provided families with bread and typically represented six to seven weeks of wages. The loss of common rights meant commoners had to buy everything from the market: fuel, grain, milk and cheese. Agricultural wages were falling at the end of the eighteenth century, and they remained among the lowest wages of any occupation throughout the 1800s. But the loss was not just economic, and it affected multiple generations. As the peasantry was proletarianized, the children of commoners lost a sense of belonging and a way of life.[iii]

Small farmers and commoners did not accept enclosure without question. Resistance to the policy took many different forms. Using legal means was one way to oppose enclosure. Sending a counter-petition to parliament was possible in theory, but quite difficult in practice. The petition had to go to London, and only some of the more prosperous small owners had the necessary resources to make this happen. Furthermore, parliament was likely to ignore the petition unless an influential landowner, who knew how to get parliament’s attention, had signed it.

Another legal way to resist was by appeal to quarter sessions, local courts that were held four times a year. For small proprietors, recourse to law was easier than appealing to parliament, but it was still difficult. Even if a man’s claim was attended to, he could still be treated unjustly when the land was redistributed after enclosure, and given land that was of poor quality or in an inconvenient location.

Resistance also took the form of print. The eighteenth century was the age of the political pamphlet, and pamphleteers engaged in heated debate over the merits of enclosure. Even pamphleteers who supported enclosure, such as Arthur Young (1741-1820), denounced the measures used by the governing class to implement the change. Suggestions included holding public meetings to discuss the merits of enclosure and hear objections, having commissioners be elected by the commoners, and prohibiting enclosures that did not allow at least one acre of land to each commoner.

The poor were strongly opposed to enclosure. Their discontent can be gleaned from the pamphlets, as well as popular ballads, but is most strongly visible in the destructive actions they took to voice their grievances. Protesters would destroy the posts and rails set up by commissioners to designate the new land organization. In the most extreme cases, the government had to send in troops to quell riots and enforce enclosure.

The act of trespass also became a widespread way to resist the erosion of common rights. Human and animal bodies trespassed on enclosed land in an effort to reassert preexisting rights and land use. As trespassing acquired deep symbolic significance, enclosing landowners became increasingly intolerant of all forms of trespass. To convict someone of trespass, the law required evidence of damage, but damage was difficult and onerous to prove. Increasingly landowners felt the very act of being out of place, on their property, was menacing enough to require penalties. Trespassing laws were strengthened in the nineteenth century and this emboldened landowners to prosecute trespassers.[iv]

The process of stripping the English peasantry of their rights to the land has close parallels with the appropriation of Indigenous land and surveys used in the creation of private property in the North American colonies. Creating private property out of these ancestral lands, and working to prohibit traditional rights of hunting, fishing, trapping, and gathering derive from practices of dispossession that were perfected on English soil. What makes the current practice of expanding private property rights in Saskatchewan all the more frustrating is that these rights now far exceed those held by rural landowners in Britain. Late nineteenth and twentieth-century campaigns succeeded in preserving some commons, allowing walkers to maintain traditional rights of way that now crisscross the English and Welsh countryside, and in Scotland the more expansive right to roam across the land. At the very least, Treaties Four and Six should preserve the right for Indigenous people in Saskatchewan to roam, hunt, fish and gather across their territories.

Robin Ganev is Assistant Professor in the Department of History at the University of Regina where she has taught since 2006. She specializes in eighteenth-century British Social history, particularly the history of popular ballads and popular protest. She also teaches courses on early modern and modern Britain, the history of the British Empire, and Russian history. Her recent work has focused on opposition to commodity taxation in the eighteenth century.

One thought on “Making Private Property in Rural Britain and Canada”