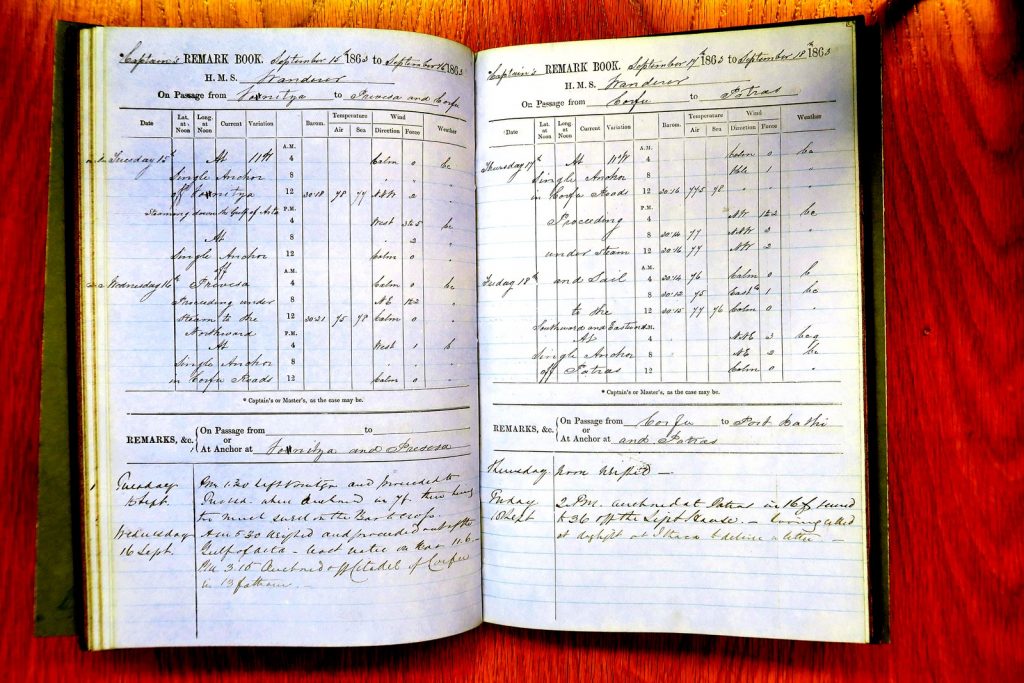 [T]hose log books give the wind and weather every hour… spread over a great extent of ocean. What better data could a patient meteorological philosopher desire? – Francis Beaufort to Richard Lovell Edgeworth, 1809[1]

Captains of nautical vessels have been keeping logbooks for centuries, for a variety of purposes. In the early modern period, captains described their travels in detail because their accounts would serve as concrete guides for later voyages. Logbooks also provided governments with economic and social information about the regions visited and could even become popular entertainment. Beginning in the 18th century, European navies recorded detailed weather observations on their voyages. The Royal Navy, especially, became heavily involved in meteorological and other scientific research.

These observations have proven to be invaluable today: they are an essential part of the effort to understand and combat humanity’s greatest threat, the climate emergency. Historians can contribute to that fight.

To understand how the Earth’s climate is changing, scientists develop computer models using historical data. The data come from a variety of sources. Air bubbles in layers of ice provide information about atmosphere composition and air temperature at the time the ice was formed. Tree rings show which years were cold and dry and which were warm and wet. Ocean sediments keep a record of the ocean’s chemical composition at different times in the past. These sources provide extremely valuable information about the earth’s climate thousands or millions of years in the past.

For more recent time periods, however, ships’ logbooks are one of the best sources of climate data. In 1853, the first International Meteorological Conference was held in Brussels; the result of the conference was the adoption by European navies of a standardized logbook format and recording methods. As a result, nautical logbooks from the latter half of the 19th century are full of meticulously kept records of barometric pressure, wind direction, water temperature, currents, and other measurements.  The standardized logbooks were set up for observations to be taken every two hours, so the books have a very granular level of detail. Navies of the 19th and 20th centuries visited most parts of the world’s oceans, so the geographical coverage of the data is also immense.

The difficulty is that computers can’t interpret the handwritten records, so the transcription must be done by humans. Several projects in the past few years have succeeded in harnessing the enthusiasm and dedication of volunteers to transcribe this massive data set from thousands of logbooks. The data are added to the International Comprehensive Ocean-Atmosphere Data Set (ICOADS), first developed in the 1980s. NOAA, the American National Oceanic and Atmospheric Administration, is leading a project called Old Weather, which has transcribed hundreds of logbooks from American vessels in the Second World War. A newer project is Weather Rescue at Sea, which focuses on Royal Navy logbooks from the 1860s, a period where fewer records exist. 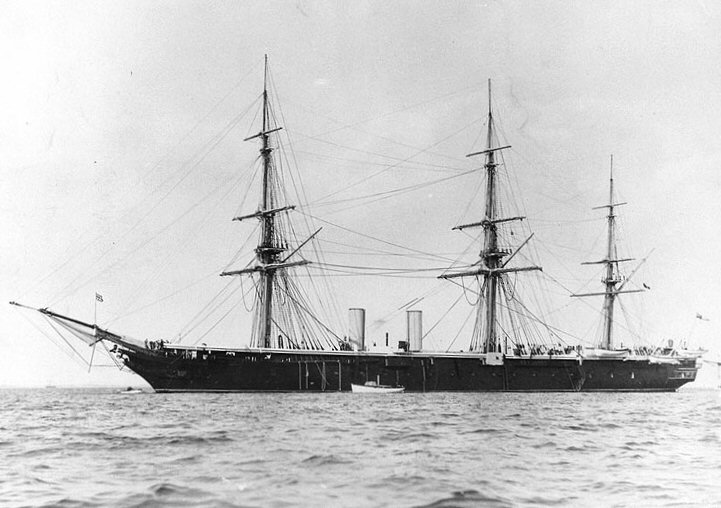 I’ve spent several hours in the past few weeks transcribing wind direction data for Weather Rescue at Sea. The challenge of deciphering the information combined with the knowledge that I’m contributing to science makes the data entry surprisingly enjoyable. The pages are presented one double-page spread at a time, so each “task” only takes a minute or two to complete. Transcribers don’t get to see one page after another from the same book – I might transcribe a page from a vessel at anchor in Portsmouth Harbour in 1862, followed by one from a vessel travelling along the coast of the Congo to Loango Bay in 1864. Although I thereby lose any sense of what a single ship’s voyage might have been like, I really like seeing the snapshots of the careers of different ships. It gives a vivid impression of the truly global extent of the British Empire and its navy.

The data recovered through projects like this are used to improve computer models and understand different aspects of climate change. For example, scientists may predict how emissions will affect climate in the future or calculate the extent to which extreme weather events are influenced by anthropogenic climate change. This latter type of study, called “extreme event attribution”, involves running a model that does not include the effects of greenhouse gas emissions and comparing the results to a model that does include these effects (ie, a real-world model). The scientists can then calculate how much more likely the extreme event was to happen in the real, emissions-influenced world. For example, Friederike Otto and other researchers used climate modelling to determine that anthropogenic climate change made a severe heatwave in Argentina in December 2013 about five times more likely.

The logbooks are a fascinating window into the state of European scientific endeavour in the 19th century, and at the same time they provide concrete and extremely valuable information for the scientists of today. The climate emergency has been caused in large part by expansionist, colonial, capitalist policies, including those of the British Empire. In this case, these same policies, and the geographical vastness of the empire, provide an important tool to understand and combat the crisis.

Emily Manson (@egmanson) holds an MSc in Scottish History from the University of Edinburgh. She works in historical consulting in Ottawa, Ontario.

Report of the 1853 Brussels conference