Editors Note: There are two parts to this post.  Part 1 is Karlee Sapoznik’s piece on Forced Marriage.  Part 2 is a summary of the launch and upcoming events for one of our partners, the Alliance Against Modern Slavery.

When we think of slavery, the institution of marriage rarely comes to mind. However, the denial of basic human rights and the enslavement of women and girls continue on a widespread scale, often centering on marriage.

Since the post World War II era, forced marriage has been prohibited under the Universal Declaration of Human Rights (1948), forbidden in dozens of international treaties recognizing the right to free and full consent in marriage, and specific forms of forced marriage have been defined as “slavery.”

(i) A woman, without the right to refuse, is promised or given in marriage on payment of a consideration in money or in kind; (ii) The husband of a woman, his family, or his clan, has the right to transfer her to another person for value received or otherwise; or (iii) A woman on the death of her husband is liable to be inherited by another person.

In February 2008, the Special Court for Sierra Leone found that the systematic, widespread forced impregnation, torture, rape, abduction, mutilation, forced labour and sexual slavery experienced by women and girls as “bush wives” during the conflict in Sierra Leone constituted a new crime against humanity: that of “forced marriage.” 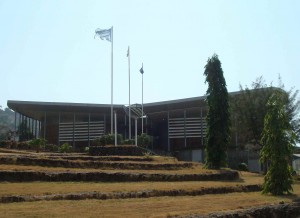 Groundbreaking research is also being conducted on forced marriage in non-conflict situations. Further, historians of slavery are now recognizing the extent to which slavery was rape, involving violent non-consensual conjugal arrangements. Data from the 35,000 slave voyages documented in the Transatlantic Slave Trade Database and from other sources reveals that African women – more than any other group – peopled the Americas based on violence and non-consensual sexual relations.

The 37-volume manuscript diary of Thomas Thistlewood (1721–1786) detailing his sexual conquests of slave women by location, time, name, date, age, African origins and frequency is well known. Douglas Hall’s In Miserable Slavery (1989) includes extensive excerpts from the Jamaican planter’s diary kept from 1750 to 1786. Based on the latter, Trevor Burnard has estimated that Thistlewood had sex 3,852 times with 138 slave women in thirty-seven years, including dozens of entries with one slave woman in particular named Phibbah whose son Jon was raised as his heir. Between 1751 and 1754 alone, Thistlewood recorded 265 “encounters” with over 45 slaves. He also documented the rape of female slaves by other white men. 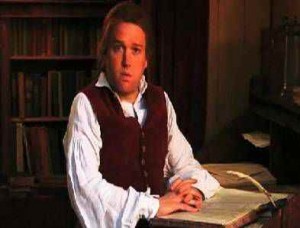 Since the early 1990s, forced and servile marriages have increasingly come to the attention of numerous states. Canada is no exception. Every year, dozens of Canadian women and girls, and occasionally men and boys, are forced into marriages.

A 2005 report entitled “Who’s in charge here?: effective implementation of Canada’s international obligations with respect to the rights of children” by Canada’s Senate Standing Committee on Human Rights found that Canada has fallen behind other countries in meeting its international obligations, especially those with direct impact on children’s rights, including an action plan to combat forced and servile marriages.

While in some nations, governments have taken the leading role, implementing legislation focused on curtailing these practices, others, like Canada, have relied on nongovernmental organizations, especially women’s groups and legal aid organizations. Scholarly research in Canada is in its first generation, and in many ways an exercise in documenting cases involving longstanding as well as diasporic communities.

Tomorrow, Tuesday, March 8, 2011 is International Women’s Day. It is appropriate that Canadian documentary filmmaker Azra Rashid has chosen this date to screen and raise funds for her documentary Unveiling the Abuse. All are welcome to attend the event from 7:00pm-9:00pm at The Centre for Women at the University of Toronto, 563 Spadina Ave, Room 100, North Borden Building, Toronto, Ontario, M5S 2J7.

Unveiling the Abuse is about Canadian women who are being forced into marriages by their families under the guise of the age-old tradition of “arranged” marriage. The documentary also looks at whether Canada’s multicultural policies render women vulnerable to abuse at the hands of their family in the name of culture and tradition.

– Unveiling the Abuse – a documentary about forced marriages

On January 28-29, 2011, Active History participated in the launch of the Alliance Against Modern Slavery, which brought together international experts, government officials, law enforcement personnel, survivors of slavery and more to York University’s campus for a freedom concert and conference.

An estimated 270 people attended the Slavery in the 21st Century Conference from 9am to 5:30pm in York University’s Founders Assembly Hall. The seats were full to capacity, and those in attendance heard presentations by NGOs, activists, law enforcement and government officials doing work to end modern-day slavery in local and global communities.

AAMS is pleased to be participating in a number of upcoming events, including the Mississauga Library System’s ‘History Minds’ series, co-hosted with ActiveHistory.ca.

Other upcoming events include:

Tickets are now on sale for the first public showcase of “The Enslavement and Liberation of  Oksana G” workshop presentations of Act I in advance of its world premiere in a future season.  Sung by a cast of 16 in multiple roles in Ukranian, Russian and English, Oksana G. is written by Governor General’s Award-winning playwright and filmmaker Colleen Murphy and SOCAN Young Composer-award winning composer Aaron Gervais. For more information, please visit http://www.tapestrynewopera.com/2011/02/07/oksana-g-workshop-presentations-march-9-10/

The launch concert and conference organized by AAMS both received a considerable amount of media attention, including stories in the following online local, provincial and national publications:

One thought on “Forced Marriage: An under recognized, poorly understood form of enslavement”