From its early embrace as a recreational activity upon its arrival in the 1800s to hosting a world champion at a race downtown in the 1990s to a community of folks working diligently to build up and maintain an infrastructure making commuting here safe and enjoyable for everyone year-round, Winnipeg has a long history with the bicycle. But how do these things all connect?

At the WRENCH (Winnipeg Repair Education N’ Cycling Hub), we envision a world where everyone is empowered to experience their community by bicycle. The WRENCH operates the largest and best equipped community bike shop in western Canada. It is an international leader in community bike programming. Since 2010, the WRENCH has utilized volunteer labour and bike parts reclaimed from the waste stream to create community bike programming aimed at educating youth, empowering volunteers, and providing people with affordable and sustainable active transportation options.

Partnering with the Winnipeg Foundation Centennial Institute and the City of Winnipeg Archives, the WRENCH is creating an archive of activities that have normalised and supported cycling as a method of transportation in Winnipeg.

Together, we want to know:

Wouldn’t it be great if there was a space where the collective history and knowledge of the local cycling community, in its myriad forms, could be stored for future generations to access? 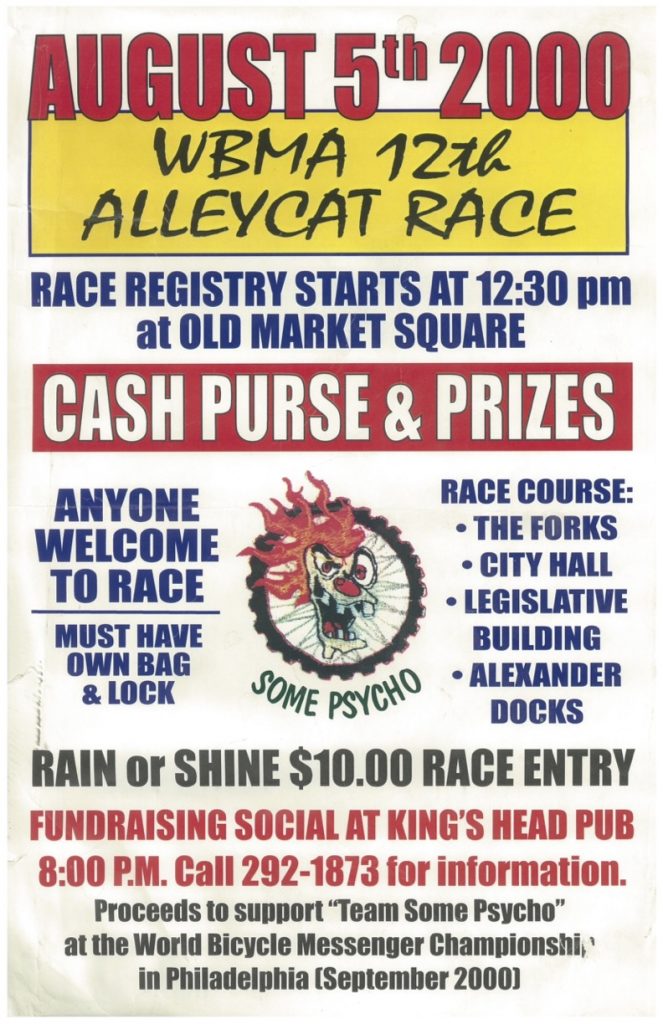 That’s where this project comes in. We are reaching out to the greater public to help compile any and all documents that show how cycling as a means of transportation in Winnipeg has been historically developed and supported. This includes aspects of cycling culture, infrastructure, utility, sport, industry, business, fashion, and style. It also includes cycling competitions and social gatherings or clubs, bike building and repair, education, advocacy and organising, writing, art, volunteering, and community bike shops. This archive also seeks to include activities of groups based in Winnipeg who may travel outside the city as a part of their purpose, such as for racing and competitive groups. 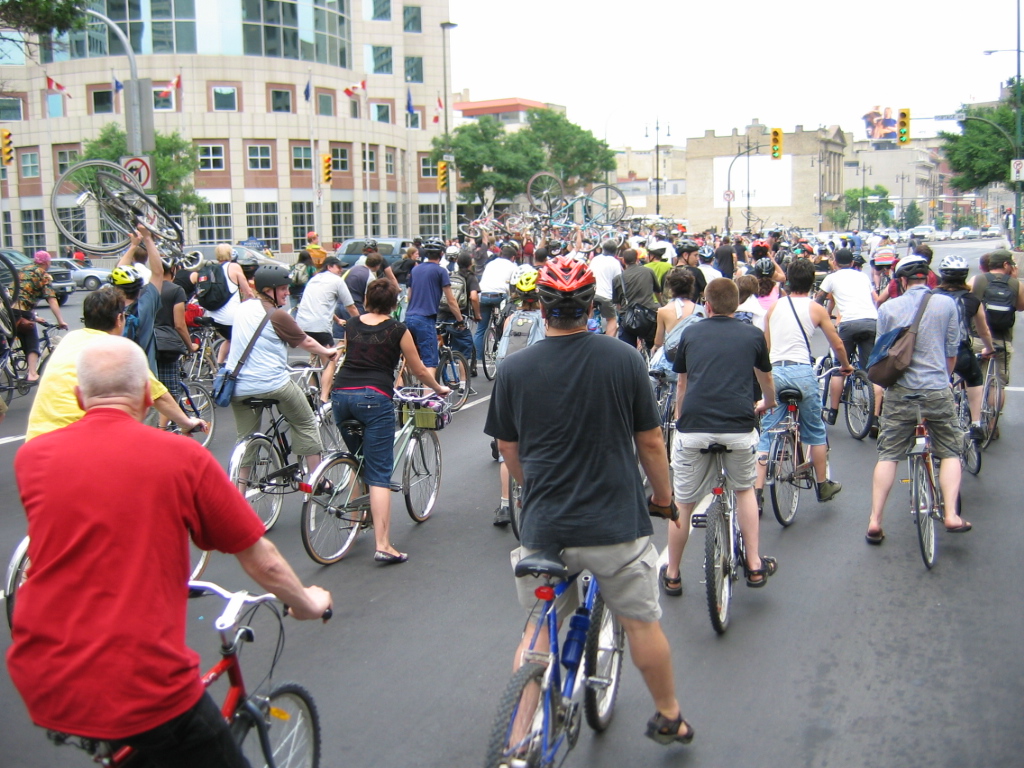 Early on in the project, we’ve heard from people who hope to donate their submissions to the archive. These donations run the gamut. Material commemorating events like the World Naked Bike Ride and photos and video of the now-infamous 2006 Critical Mass rides that resulted in confrontations with the police have been received. We have also collected over twenty years of posters from the local Alleycat/courier-racing scene, too. Numerous documents from the early days of organizations like Bike to the Future and Bike to Work Week Winnipeg, which were born out of the aftermath of the Critical Mass events, have also been submitted. 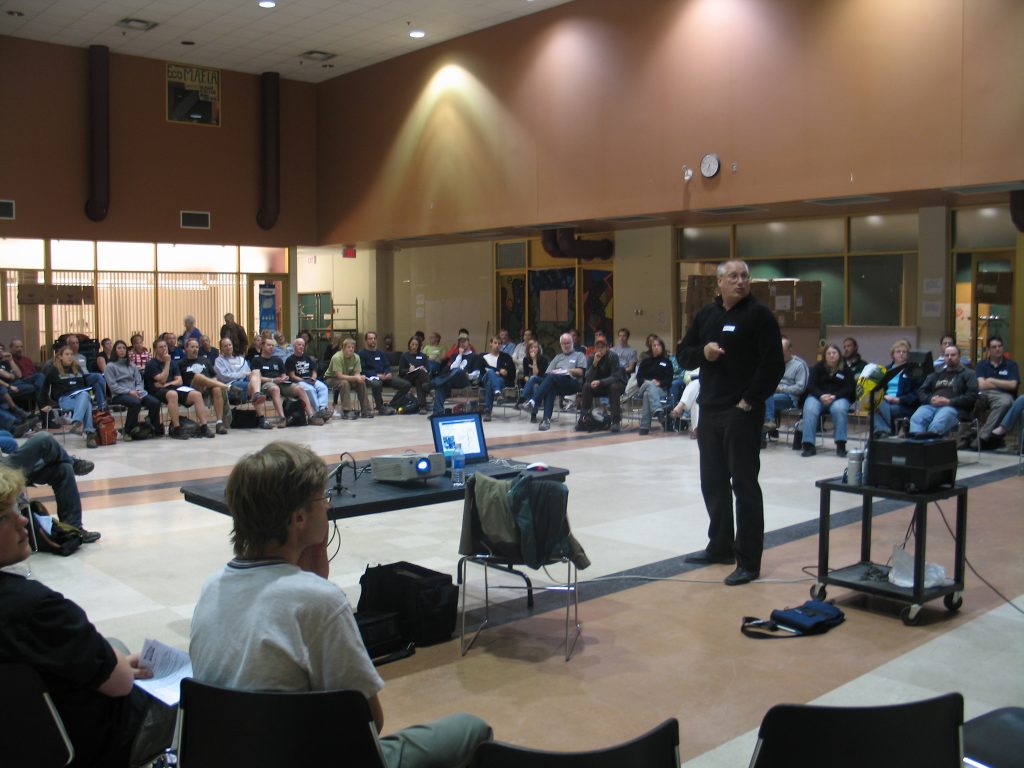 The inaugural participatory meeting for Bike to the Future in September 2006. Photograph by Buck Doyle.

Through this archive, we hope to honour the significant efforts—and happenstance contributions—that have been made to serve current and future cycling activities. Its items will help provide context, perspective, and opportunities for evaluation and growth.

Anyone interested in submitting can check out our criteria and how to submit at thewrench.ca/archive-project or email archiveproject@thewrench.ca.The WRENCH will be sharing relevant documents and storytelling on our social media platforms as material is submitted. We hope to wrap this project up by the end of March 2022.

Jon Benson has worked on & off with the WRENCH on various projects since 2015. Prior to his time at the WRENCH, he raced on the Manitoba Provincial Cycling Team as a teenager and couriered on the streets of Winnipeg for a couple of years after that. Needless to say, he likes bikes.