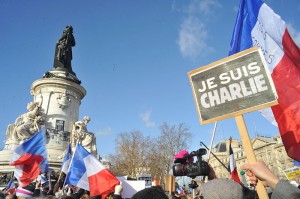 Paris Rally in Support of the Victims of the Charlie Hebdo Shootings, 11 Jan 2015

One of the courses I teach at Huron University College is called “Current Crises in Historical Context,” wherein we use the tools of historical analysis to try to shed light on the origins of some of the crises confronting the world. This year we are looking at topics such as the Russian annexation of the Crimea, the Palestinian-Israeli conflict, and Global Warming.

With this course in mind, and particularly as an historian of modern France, I have been thinking a lot about the historical context of the Charlie Hebdo shootings in Paris on 7 January, and the murder of four customers at a Jewish grocery two days later. This seems to me to be a case that cries out for some historical analysis. Typical of such instances, while “History” can teach us a great deal, the answers it provides are complex and defy simple explanations for these violent outbursts.

The most obvious historical context to the shootings is the history of French colonialism generally and French Algeria particularly. The Kouachi brothers, were Algerian-French citizens whose families had migrated to France during the Algerian War for Independence, an exceptionally gruesome conflict that left hundreds of thousands and perhaps as many as a million – roughly ten per cent of the population of Algeria –dead. Surely if one is to understand the bitterness against France that the brothers clearly felt, one must begin with France’s brutal reaction to the Algerian desire for independence, which included the pervasive use of torture and the collective punishment of the civilian population for the sins (from a French perspective) of the nationalist Front de Libération Nationale.

Nor did things get much better for those Algerians who, like the Kouachi family, sought refuge in France from the horrors of Algeria. In October 1961, the Paris police, under the direction of Maurice Papon, who would later be convicted of crimes against humanity for his enthusiastic participation in the Holocaust, and who had learned how to deal with North African resistance as a torturer in French Algeria, massacred roughly two hundred pro-Algerian Independence demonstrators in downtown Paris. Many of the dead were savagely beaten and then forced into the River Seine where they drowned.

Sadly, while this was certainly the worst and most brutal incident in the history of Algerian immigrants in France, it is also indicative of the violent relationship with the state that North Africans living there continue to have. Most recently, in October and November 2005, a wave of civil unrest in the predominantly North African suburbs of Paris and other major French cities occurred after the deaths of two boys fleeing the police in the Paris suburb of Clichy-sous-Bois. Their deaths led to hundreds of people being injured and the arrest of nearly three thousand predominantly North African rioters.

Amedy Coulibaly, meanwhile, who murdered a French police officer the day after the Charlie Hebdo attack and then executed four Jewish customers at a grocery a day later, was not of Algerian but Malian descent. While Mali’s independence was achieved with less bloodshed than Algeria’s, the history of French colonialism there was only slightly less vicious. As Bertrand Taithe’s recent book, The Killer Trail, illustrates, for example, the “Voulet-Chanoine” Mission traveled through Mali and the so-called “French Soudan” in the late nineteenth century and left a trail of death and destruction in its wake. Essentially, without the manpower to conquer or administer the interior of West Africa by more peaceable means, French authorities instead relied on a reign of terror to cow potential resistance. The racist attitudes of French officialdom manifested in both widespread violence and criminal indifference to the sufferings of the Indigenous population. This was in evidence again during the Great Depression when a famine killed as many as twenty-five per cent of the people of parts of the French Soudan.

The obvious dissatisfaction in France among young Muslims of North and West African descent results from more than a history of colonial violence and a fractious relationship with French police. Rates of unemployment in predominantly North African neighbourhoods are as high as forty per cent in some cases, while the national average is ten per cent. These statistics are the result of a pervasive anti-Muslim and anti-North African prejudice among many French citizens who exclude “les Arabes” as the French typically call them from the benefits of French society through practices such as requiring photographs to be submitted with job applications, allowing for easy identification and exclusion of “undesirables” from employment.

So the disillusionment of the perpetrators of the violence is explicable, although this by no means excuses their actions. But how did they latch on to Jihadism?

This too has a long and convoluted history. One would need to begin at least with the teachings of Muhammad ibn Abd-al-Wahhab and the emergence on the Arabian peninsula of the austere fundamentalist version of Sunni Islam now known as Wahhabism in the early to mid-18th Century.

Other topics that would require investigation include how Wahhabism became the official state religion of Saudi Arabia, which in many ways led to a series of events that end with our present day worries about global terrorism. In pursuing this line of questioning, we would need to ask how Saudi Arabia became so wealthy and influential, using that newfound power to spread Wahhabism through the funding of madrassas around the “Muslim world”, perhaps most notably in Pakistan. Likewise we would need to think about how it was that in much of the Muslim World during the era of western colonialism, a reinvigorated Islam provided a rallying point around which subjugated peoples could resist their colonial masters. With new life, we need to consider why this politicized version of Islam served as a focal point for resistance not just to western colonialism but also, eventually, to many of the secular but dictatorial and horribly corrupt post-colonial states in the Muslim and Arab Worlds, where Islamist organizations such as the Muslim Brotherhood provided the most effective opposition to regimes such as Hosni Mubarak’s Egyptian dictatorship. The fact that the western powers, particularly during the Cold War when they saw such dictators as useful anti-communist allies, supported these tyrants is also highly relevant, as it, alongside the history of western colonialism, helps to explain why so many in these parts of the world view westerners as hypocrites at best and as their oppressors at worst.

Cold War politics are relevant in other ways. We also need to think about how it is that Afghanistan came to be invaded by the Soviet Union leading the United States to join hands with the Saudis, the prophets of Wahhabism, to foment Islamist resistance to the Soviet occupation. Out of that resistance grew an organization known as al-Qaeda, or “The Base”, which subsequently turned on both its former American and Saudi paymasters in the wake of the first Persian Gulf War and opened the most recent era of global terrorism with the bombing of the World Trade Centre in 1993. Likewise, given the Kouachis pledged allegiance to “Al-Qaeda in the Arabian Peninsula” it is important to understand how Al-Qaeda became active and powerful in Yemen; similarly, since Coulibaly claimed to be acting on its behalf we must also ponder how and why the Islamic State rose out of the ashes of the US-led 2003 invasion of Iraq and the collapse of the Assad dictatorship in Syria. All of this and more is relevant to understanding global Jihadism and its appeal to disenfranchised young Muslims like the Kouachis and Coulibaly today. 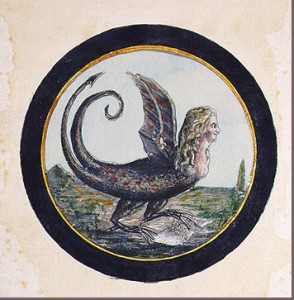 But what about Charlie Hebdo? Does history help us explain the actions and choices it took, making itself a target for Jihadists? Unsurprisingly, I believe the answer is once again yes. Charlie Hebdo, and the Mohamed cartoons it printed come from at least two important French political and cultural traditions. The first, is that the French press and French cartoonists in particular, have a long history of provocative dissent, stretching at least as far back as the “ancien regime” of Louis XVI, when such satirists savaged the monarchy, focusing in particular on the figure of Marie Antoinette, and helped to spark and then radicalize the French Revolution. Certainly too, it is a legacy of the French Revolution that many journalists see themselves as the guardians of the hard-fought fruits of 1789, such as the Freedom of Speech. They push the limits of those rights accordingly. Moreover, it is perhaps unsurprising given the secularist tradition begat by the Revolution, that Charlie Hebdo’s satirists chose to poke their thumbs in the eye of a religious group, given that roughly 110 years ago their predecessors would have been gleefully doing the same to the Catholic Church as French republicans fought to separate Church and State.

Less honourably, however, one can also see Charlie Hebdo’s cartoons as belonging to a French tradition of xenophobia and intolerance for minorities that cuts, at least to some extent, across left-right divides. Indeed, during the Revolution itself, the National Assembly refused in 1790 to recognize or seat a delegation of “Free People of Colour” from Haiti headed by Vincent Ogé. One can also recall the Dreyfus Affair when many former leftists including socialists and former members of the Paris Commune, joined hands with arch-Conservatives in an outpouring of the vilest anti-Semitism imaginable at the turn of the 19th century. Similarly, in the 1920s, the first large influx of North African immigration to France caused a great deal of anxiety for everyone ranging from Socialists to fascists and gave rise to official and unofficial discrimination. More recently, many observers are no doubt aware that the neo-fascist Front National panders to xenophobia, but they may have forgotten that the Socialist Party’s candidate for President in 2007, Ségolène Royal, similarly swam in these murky waters when she advocated for measures to raise the “French” birthrate and reduce immigration. So the offensive racial stereotypes evinced in some of Charlie Hebdo’s cartoons had many precedents, as did the lack of sensitivity shown to Muslim sensibilities in publishing images of the Prophet Mohamed.

So where does this leave us? As an historian I believe firmly that we must be attuned to, and appreciate, complexity. There are no easy explanations for an act such as the mass murder of journalists and Jewish civilians that occurred January 7-9 in France. Hopefully, by appreciating the tangled mess of History from which such a tragedy emerges, we can remember to be suspicious of the simple analyses offered by demagogues like Front National leader Marine Le Pen, the commentators on Fox News, or for that matter by the Jihadis themselves. And possibly, we can at least aspire to learn from our past mistakes and thereby not create future generations of Cherif and Said Kouachis and Amedy Coulibalys.