“Where does the body end and ‘non-human nature’ begin? When we recognize that human bodies are directly affected by their environments, we are forced to acknowledge that humans are not simply agents of environmental change, but objects of that change” – Linda Nash, Inescpable Ecologies

Last week I was surprised to hear about the toxic leak of nitrous oxide at Vale’s Copper Cliff Mine in my hometown of Sudbury, Ontario. Residents near the mine were told to leave or stay inside with their windows and doors shut until the toxic leak had cleared. Air quality readings showed levels of nitrous oxide that were about fifteen to twenty times higher than usual. A high-ranking mine employee told the CBC that the leak posed “no risk to the community,” although exposure to nitrous oxide is known to cause respiratory issues and it can be lethal in high doses. I wonder if after the gas had dissipated, and the residents and workers returned to their regular activities in the area, if they were completely safe from exposure? And what about the150 kilotonnes of sulphur dioxide that Vale’s Copper Cliff mine continues to release every year, despite its promise to reduce emissions? Is Sudbury a safe place to live today, even if it is a little greener? 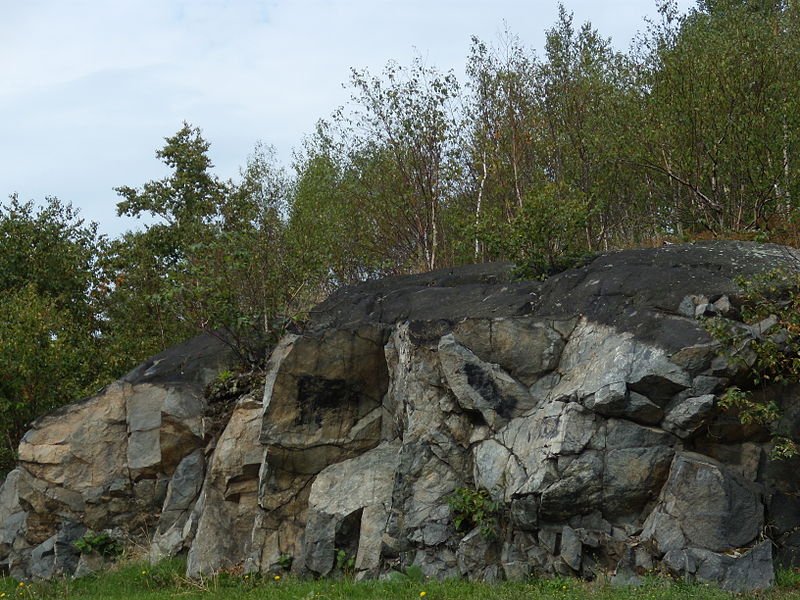 Growing up in Sudbury, I didn’t think much of the industrial landscape that surrounded me. A
mining town with its black rocks, stunted trees, slag hills, and iconic Superstack, Sudbury was home. It was not until I began to venture outside of the Sudbury region that I realized something was very unnerving about my hometown. Trees growing in other cities, like Ottawa or Toronto were much taller and healthier. There were also several different species of trees besides birch or spruce lining the forests along the highways just outside of Sudbury. Rocks outside of town were any colour but black, and as far as I could tell, there were no slag hills, orange streams, or green-ish tailings ponds at our family’s cottage, about a 40 minute drive away. These other environments that I visited were not pristine because most ecosystems have been manipulated by humans. But why was Sudbury so different?

Sudbury’s unique landscape evolved after a century of mining activity. The process of smelting ore released sulphur into the atmosphere, which later combined with water vapor to create sulphuric acid, the recipe for acid rain. Vegetation throughout the region was decimated by the acid rain, along with logging practices that were used to provide fuel for the infamous outdoor roastbeds (an early smelting technique). The open bed roasting only added to the environmental degradation during Sudbury’s early history. The lack of vegetation ultimately led to the erosion of the soils and the exposure of bedrock. The bedrock became black and charred as a result of pollutants and acid rain. Birch and blueberries were some of the only species that could thrive in the highly acidic soil and they are prevalent in the area to this day.

Settlers arrived in the Sudbury region in the late nineteenth century, following the construction of the CPR railway in 1883. The Anishinaabe were displaced from the area as a result of the colonization of their land and the establishment of the forest and mining industries that would later become the cornerstones of the northern Ontario economy. After the Second World War, many immigrant families came to Sudbury to work in the mines and settled in communities close to where they worked, such as Copper Cliff, Creighton, the Donovan, Garson, Coniston and Gatchell.

Since the 1970s, the Sudbury environment went through a significant re-greening process. With the help of private-sector businesses and government organizations, scientists and residents figured out how to grow grass, and later trees, on top of the slag hills. They also worked at rehabilitating the lakes and forests in the region. One local mining company, Vale (formerly INCO), even partnered with Laurentian University to establish the Living With Lakes Centre, an interdisciplinary research center that monitors and protects the region’s aquatic ecosystems. The re-greeneners rehabilitated ecosystems that were so toxic it was almost unfathomable that non-human life could exist in some places. And with their innovative work over several decades, more wildlife began to return to the forests, fish started living in the lakes and rivers, and vegetation reappeared in places that were once barren. 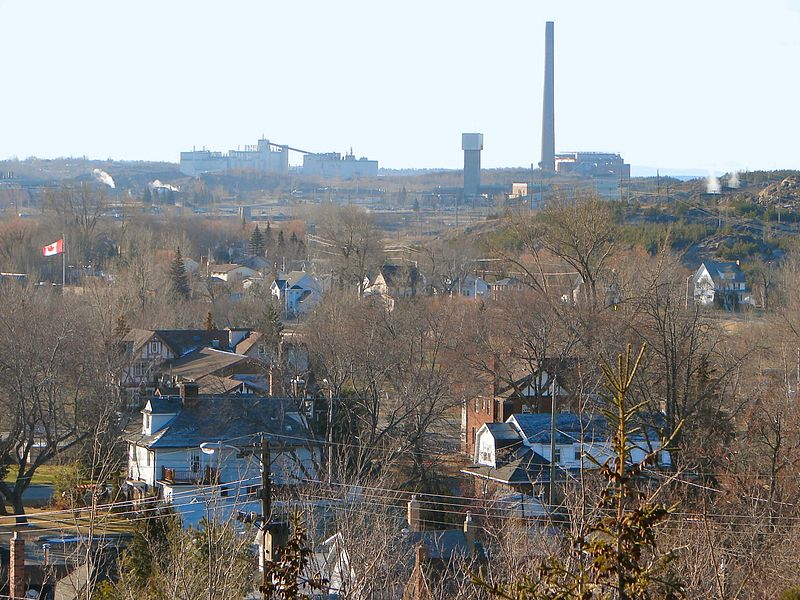 The community of Copper Cliff, Ontario, with Superstack in background. Source: Wikipedia.

It’s important to acknowledge how much progress has been made with the environmental rehabilitation of Sudbury. Because of the re-greening, most of the industrial legacy of the extraction, transportation, and processing of mineral resources in the Sudbury region is invisible. Today, Sudbury tourism encourages visitors to come and enjoy its “scenic sights” and nature trails. But does re-greening erase all of the pollutants that have accumulated in the food chain, the soil, the water, and even in human bodies, after almost a century of mining? How does Sudbury’s industrial history and manipulated environment play out in the bodies of residents, specifically miners and their families?

Mining inevitably results in environmental degradation and disruption to affected ecosystems. Human bodies are not immune to these disruptions and the environmental effects of mining reach places that are far from mining sites with the contamination of soils, water, and food with toxic heavy metals. Take for instance, the plight of Zambian villagers who who live miles away from Africa’s largest copper mine. Studies have shown that Sudbury has higher than normal cases of asthma, colon and lung cancer, and arthritis. Long-term exposure to nickel and other heavy metals can cause several forms of cancer (lung, mouth, and throat), lung fibrosis, kidney and cardio-vascular diseases, and skin allergies.

In our modern age of capitalist development, we live in “inescapable ecologies.” When we place the body as the focus of historical inquiry, we learn that humans are part of the industrial environment just as much as vegetation, climate, animals, and other non-human actors. We would like to think that our skin is a barrier that separates us from our environment, yet skin is a porous organ that, along with our lungs and our digestive systems, cannot completely protect us from exposure to toxins. Over time, toxins can bioaccumulate in our environment, food chain, and in our bodies. For instance, research has shown that the environmental changes we’ve created have led to a rapid rise in neurological disease worldwide. Studies about the Sudbury environment have focused on the environmental impacts of mining on ecosystems and wildlife, yet surprisingly none have looked at its effect on humans.

This post is intended to highlight the work being done as part of a project that seeks to uncover the human impact of mining. I am excited to be part of a SSHRC-funded project that is led by Stacey Zembrzycki and studies the relationship between mining, the environment, and humans, specifically immigrant communities in Sudbury. Mining Immigrant Bodies (MIB) is a cross-cultural and intergenerational oral history project that focuses on the different experiences of postwar immigrant miners and their families to uncover the visible and invisible effects that pollutants have had on their bodies. MIB hopes to shed light on the changes in health that immigrant families might have experienced by working in this toxic industry. 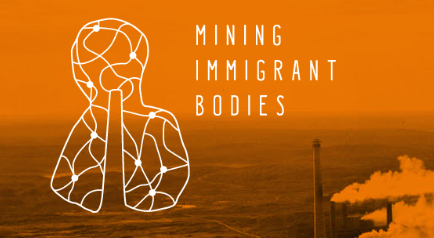 Working on MIB has helped me realize that we need to consider histories of colonization and capitalist development along with histories of health and disease if we are to study the environment, particularly industrialized landscapes. Right now, MIB is doing archival research and conducting multi-generational oral histories with immigrant families. It is expected that MIB will record the life stories of immigrant workers and their families to uncover a lived experience of place. The project will draw on the life stories of workers and their families to understand how environmental degradation due to mining activities has affected their experiences, health, and well-being.

If you were an immigrant miner during the postwar period or the wife or child of an immigrant miner and you lived, worked, or played in Copper Cliff, Coniston, Gatchell or the Donovan, we would love to speak to you about your experiences. Share your story with MIB or visit our Facebook Page.

Kaleigh Bradley is a PhD Candidate in Indigenous and Environmental History at York University, and an editor at ActiveHistory.ca.

Linda Nash. Inescapable Ecologies: A History of Environment, Disease, and Knowledge. Berkeley and Los Angeles: The University of California Press, 2006.