By now the story of Canada’s secret archive has made the news. I will take the time in this post to elaborate more on what I found and why I think it matters to everyone.

This began during my search for documents pertaining to wiretapping in the Cold War. My early research finds made news in December 2016 and January 2017. The discovery of P.C. 3486 and the PICNIC wiretapping program led to a search for more material. The early indications were that this wiretapping went on for decades and that a paper trail had to exist. The RCMP paid rent to Bell for the wiretapping, so where were the financial records, the transcripts of calls, the warrants that were issued, etc.? To my dismay, a thorough search at Library and Archives Canada (LAC) involving the aid of the Information Commissioner’s office led to nothing. Where were these records?

I decided to try something different. I filed Access to Information (ATI) requests to every institution that I could think of that may still have material. This included: the Privy Council Office (PCO), RCMP, CSIS, National Defence, Department of Justice, Communications Security Establishment (CSE) and Global Affairs. Some preliminary searches came up negative, some places never replied. In most cases I asked the Commissioner’s office to intervene to expedite the search.

In the course of the search I learned more, such as that Global Affairs had some sort of facility in Saskatchewan that contained historical documents, enough that an archivist was needed. Some institutions like CSE wanted me to take other documents in lieu of abandoning my request because they thought it so broad that it would impede their function (something I assumed could only occur if they had too many documents); other institutions asked for a year extension because they had too much, and PCO told me they initially found 147 boxes of material. That’s usually enough material (if most of it is research rich) to give someone a decade worth of work.

One of the biggest problems I faced was that institutions wanted more specifics on what I was looking for. I told them my general research direction but as part of my request for “wiretapping files” from the Cold War, I also asked for the names of files in these institutions possession that pertained to my subject: in essence I wanted a list. If I had that, I could be specific, but no one wanted to provide one, except PCO which asked for more time but the time extensions became unreasonable. PCO then told me they actually had 1.6 million documents pertaining to my research. It was at that point I decided the public needed to know how bad this situation was.

After receiving the PCO’s letter, I wondered if this was some sort of secret archive. Could it be considered secret if I was told by the government that it had 1.6 million documents? My answer is: if it isn’t a secret archive, where’s the “finding aid,” i.e. the list of what’s in there? When historical documents are kept outside of the public archives, archivists are working outside the public archives, no one in the general public is permitted to know the contents, and there’s a separate system that has been developed for storing and sorting this information, what else can it be called other than a secret archive or archives? 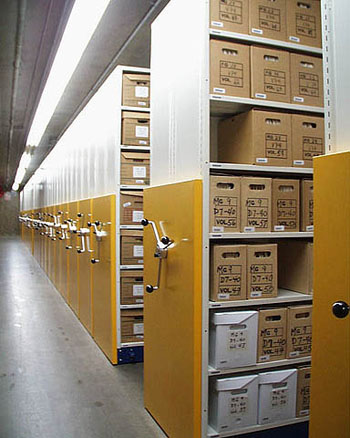 I’m still not sure why I was given this information (the 1.6 million document figure): only PCO can answer that. The usual reply would be that “your request is too broad, narrow it down,” or some such refrain. I can only speculate that the previous CBC attention to my research may have influenced the institution’s decision to try and say something to the effect of “look we have a lot and we can’t do this” and to be specific about why, perhaps not recognizing that a historian would not only be upset about delays and not getting access as much as the fact that an institution outside of the archives would be in possession of all this historical material.

Given PCO’s response when I asked about the secret order back in the fall of 2016, which was that the existence of the document couldn’t be confirmed or denied, I’m guessing that had I not been to the CBC over that incident, I may have had a similar response this time around too. My guess is they did not understand the importance of this and that speaks to a bigger problem about what the government thinks of history.  But as I said, I can’t definitively offer an answer on this. Revealing that there is lots of material is not the equivalent of making something “public,” because the contents and many details about what is held, how much and where are all still unknown. All we know is that we’re dealing in the millions of documents.

It’s also worth noting that I didn’t ask for anything current. I wanted material older than 30 years, and in some instances to help the staff searching, I even stated I would take material pre-CSIS, i.e. before 1984. There are also millions of documents that don’t pertain to my research but pertain to a host of other topics. What else is in these collections? It’s also worth pointing out that I don’t blame ATIP staff for any of this. They were doing their job helping me and found themselves in this situation of having to process and handle all this archival material likely because of a mix of secrecy, hoarding, and government neglect. Secrecy led to material being hidden, inertia and neglect took over, and secrecy protected neglect and the inertia.  The reasons why this situation exists are ultimately not important right now, because the end result is the same: a massive amount of material exists outside of where it should be.

While people can debate about when material should be made public, what is much more difficult to debate is where material should be. If a file is particularly sensitive it could be kept classified for a longer period of time, and more security can be created to protect files at the archives, but at least if it’s in the archives people know it actually exists. The legacy that the current government has inherited and maintained to date is much more Orwellian and anti-democratic in that by keeping documents secluded and “off the books” so to speak, they are hiding history. A nation’s history is central to people understanding themselves and is a critical component to a healthy democracy. If citizens have no right to see their history and access it, what does that mean for citizen access and accountability in the present? What kind of governments hide their history from their people?

These are the hallmarks of totalitarian regimes not democracies. The existence of these secret archives that the state has created, either out of secrecy or neglect–or both–speaks loudly. Particularly in the year of Canada’s 150th, we see a government claiming to “celebrate” Canada’s history, while at the same time all the documents that are either inconvenient to the government’s view of history are hidden, or the government doesn’t care enough about history to treat these documents as they should be treated and turn them over to the general public.

Either way, the result is a fragmented history, one in which gaps in the historical record have become too common and it speaks to successive governments that have either neglected our past or sought to control it to preserve its image of the country as it sees fit. Whatever the reasons the results are the same and are intolerable. It is a situation that every historian of every political stripe should oppose as well as all academics. The archives are not just a place for historians. They are a place for all academics to do research, a place for the public and the country to learn and discover themselves – warts and all. They are reflective of what the country has been and is today. What has happened with all this hoarding is a perversion of that, and of the laws that are supposed to exist to protect citizen access to government documents and preserve the country’s history.

Take a moment and sign the petition I launched below which calls on the government to return historical material to LAC where it rightfully belongs, and to reform both the Access to Information Act and Library and Archives Canada Act to ensure this doesn’t continue. For the ATI Act to work it requires that institutions are transparent about what they hold. Among other changes, the Information Commissioner needs more power to acquire documents when government is not being transparent and the archivist needs more power to acquire documents rather than the current system which relies on side deals with institutions. They have clearly used this system to their own benefit and not the benefit of the people. When a law that is supposed to provide citizens with access to documents is being used to help hide them (ex. “be specific in what you want out of 1.6 million documents you can’t see”) and a law that establishes Canada’s national archives is being used to quietly justify secret archives, we have a serious problem. The LAC Act anticipates the direct transfer of material from government departments, institutions and agencies to the National Archivist and, therefore, the practice of holding back such transfers thwarts the spirit and letter of the Act and undermines the role of LAC as a central repository for the documentary heritage of Canada.

I’m hoping that this government fixes this mess and finds itself on the right side of history. They should understand, as previous governments did not, that history doesn’t belong to governments, it belongs to Canadians. It’s your history and you have a right to access it. 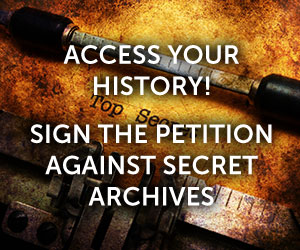 Dennis Molinaro teaches history at Trent University and is the author of An Exceptional Law: Section 98 and the Emergency State, 1919-1936 (UTP, 2017). The original version of this post appeared on his blog, The Surveillance Citizen.