This is the sixth of several posts marking the 75th anniversary of D-Day and the end of the Second World War as part of a partnership between Active History and the Juno Beach Centre. If you would like to contribute, contact series coordinator Alex Fitzgerald-Black at alex@junobeach.org.

On 6 June 1944, the units of the 3rd Canadian Infantry Division successfully completed one of the most challenging military operations of the Second World War: building the bridgehead on Juno Beach from which allied troops could gain a foothold on continental Europe. As historian Marc Milner recently noted, in the days following the 3rd Canadian Infantry Division’s deployment, the division took heavy casualties but succeeded in paralyzing a counterattack by the 12th SS Panzer Division (Hitler Youth). They did this with very little battle experience and only the training conveyed to them before the invasion. Under these circumstances, the quality of their training was a critical factor in making the Canadian troops effective when they arrived on Juno Beach. Though it was certainly not perfect, the training these soldiers received was not as bad as historians have suggested in the decades following the conflict. 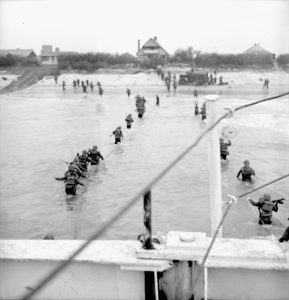 Despite the presence of certain deficiencies at the beginning of the war, training methods changed over the course of the war. Like the British army, in 1940 the Canadian staff decided to centralize their training under the Director of Military Training. From that point on, recruits in the infantry received two months of training common to all arms at a Basic Training Centre. After another two months of specialized training at an Advance Training Centre, infantry soldiers were integrated into overseas units as reinforcements. Beginning in November 1943, recruits had to spend another four weeks at the 1st Training Brigade Group in order to receive collective training up to the battalion level. Upon arriving in England, the troops received an additional two weeks of refresher training before they joined their new units.

The 3rd Division’s preparation was influenced by the evolving tactical doctrine of the British Commonwealth’s armed forces.  In 1941, the Canadian Army introduced Battle Drill into its training program, extending this training in the summer of 1942 to the Overseas Training Program. It was structured around a method of teaching basic tactics in such a way that emphasized the use of fire and movement. Its fundamental objective was cultivating in infantry soldiers a tactical sense from which they could make quick decisions and rapidly adapt to changing conditions on the battlefield. In practice, its goals were to strengthen soldiers’ physical capacities, showing them multiple ways to use the ground, maximizing their use of small arms, while also fostering a culture of teamwork. This new method of instruction marked a fundamental turning point in the training of the 3rd Canadian Infantry Division, preparing them for the fighting that awaited in Normandy.

In anticipation of the assault, over the summer of 1943 through to May 1944, the 3rd Infantry Division also undertook combined operations training. The training comprised four distinct phases. The first four-week phase began in July and focused on preliminary instruction. The soldiers studied the principles of combined operations involving embarking and disembarking, scaling obstacles and clearing mine fields. The second phase was only two weeks. Each of the three Infantry brigades of the 3rd Division took basic training in landing assaults at the Combined Operation training centres at Inveraray and Castle Toward in Scotland. The third phase, in the autumn of 1943, consisted of training for brigade assaults in collaboration with the “J” Force, the units of the Royal Navy and Allied navies that were responsible for landing the Canadian troops in Normandy. Over the final phase, at the beginning of May, the 3rd Division practiced its role in the invasion alongside “J” Force during exercise FABIUS III. The exercise demonstrated that the battalions were ready to complete the role they had been assigned for the European invasion. 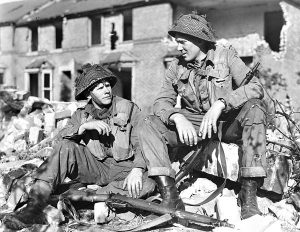 If the Canadian Army made important advances, it is important to recognize that the 3rd Infantry Division was not without weaknesses. We must recognize that the pedagogical advances, such as the Battle Drill, were put in place despite reluctance from some commanding officers. The latitude given by the Canadian General Staff to its commanding officers meant that the dissemination of these new methods was slow and that some of them were unenthusiastic about its implementation. Additionally, the emphasis on combined operations training in the months before the invasion was made at the expense of other types of formation, such as armoured and infantry cooperation. These two reasons help explain some of the critiques historians have made of the 3rd Canadian Infantry Division in Normandy. Despite these weaknesses, however, the changes to training made in the years leading up to D-Day were more than satisfactory.

Caroline D’Amours is a historian at Parks Canada.