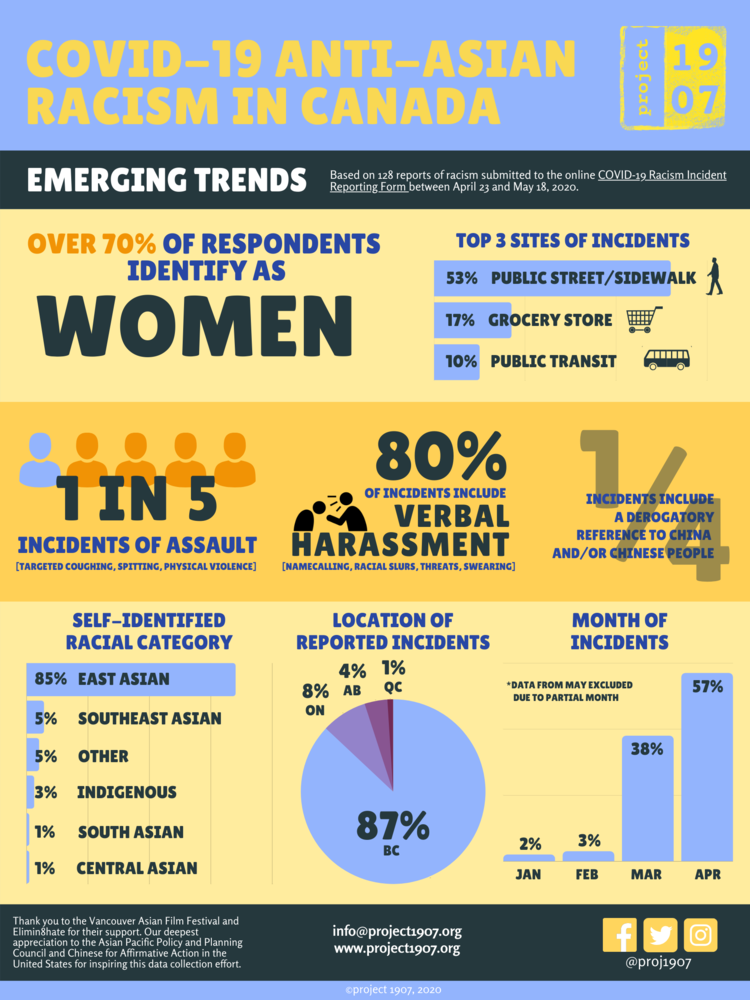 This post by Avvy Go is part of the “(In)Security in the Time of COVID-19” series. Read the rest of the series here.

It would be wrong to think of anti-Asian racism in general and anti-Chinese racism in particular, as something that only happens during COVID-19, or that only occurs on an individual level.

Like all forms of racism, anti-Asian racism has a long history in Canada.  It is deeply embedded in our institutions, laws and policies.

Despite their long history in Canada, and their contributions to the building of the Canadian Pacific Railroad and Canadian society, Chinese Canadians were subjected to over 60 years of legislated racism in the form of the Chinese Head Tax and Exclusion Act and other discriminatory laws. After having been in Canada for over 150 years, Chinese Canadians are still perceived as foreigners.

Even the idea that Chinese brings diseases to Canada is nothing new. This stereotype started long before the coronavirus was known to us. The 1885 Royal Commission on Chinese Immigration described Chinatowns as “hotbed[s] of diseases”. The portrayal of Chinese Canadians and other East Asian Canadians as “yellow peril” resurfaced again in 2003 during the SARS crisis.

Racism is structural and systemic in nature. It is also the toughest to overcome because we Canadians want to think of ourselves as open and welcoming.  We have a hard time accepting the fact that when it comes to racial inequality, we are no better than our neighbours to the south.

Acknowledging systemic racism and understanding what it does and looks like is the first step toward effective advocacy for racial justice and ultimately reconciliation.

COVID-19 exacerbates pre-existing racism and discrimination.  We have all heard about the devastating impact of COVID on migrant workers, and the higher infection rates among certain racialized groups (in particular, amongst Black, Indigenous and South Asian communities). Another area where the pandemic widens racial gaps is in employment.

The Statistics Canada Labour Force Survey released in August, 2020 showed that there have been unprecedented increases in unemployment due to the COVID-19 economic shutdown, particularly among racialized communities. The rates of joblessness are significantly above average for South Asian, Arab, and Black communities. The Report also found that South Asian and Chinese Canadians experienced much higher increases in unemployment from July 2019 to July 2020, compared to other groups.

At the Chinese & Southeast Asian Legal Clinic (CSALC), we started to see the impact of COVID-19 in January of this year, before Canada had its first reported case of the coronavirus, before WHO declared a global pandemic, and before the COVID-19 was given its name.

Months before the lock down, due to anti-Chinese racism, many Canadians stopped going to Chinese-run supermarkets and restaurants. Online and social media posts began to amplify false rumours about how and where the virus was spread across the GTA, targeting Chinese-run businesses in particular. 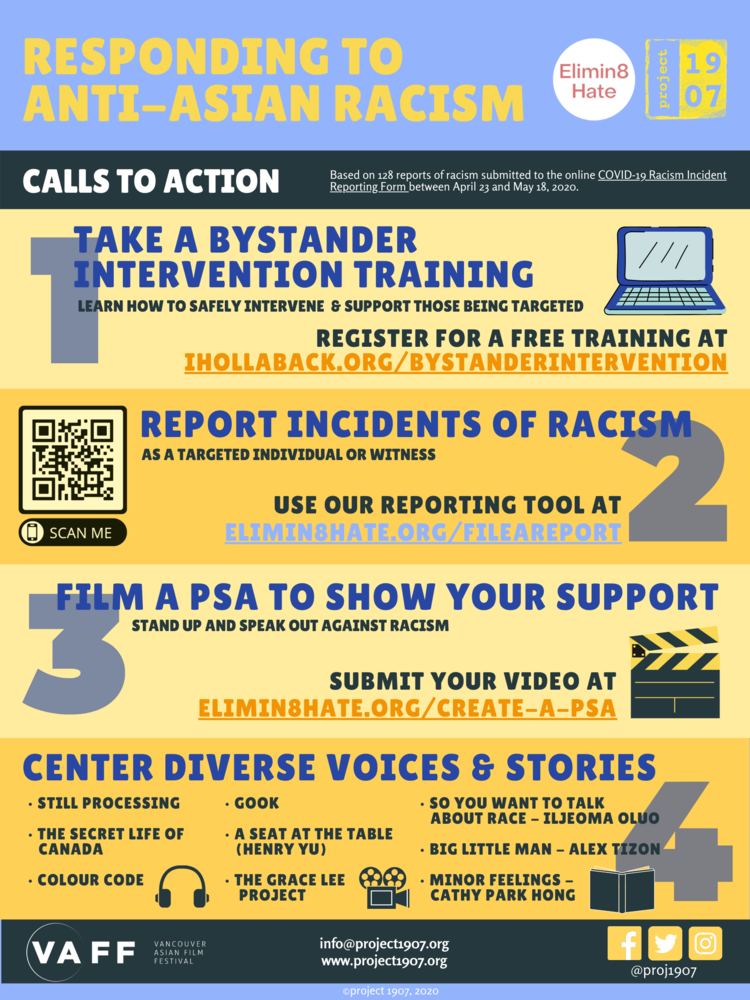 During the second week of January, over 10,000 parents living in York Region signed an online petition calling on all school boards to ban Chinese students from attending. York Region did not even have a single reported case of coronavirus at that time.

Since January 2020, Chinese Canadians and others, who have been thought to look Chinese (including Indigenous people), have been experiencing verbal and physical attacks in person and through social media across Canada. These include death threats and hate mail received by business owners and advocates alike.

As of December 2020, a combined number of over 600 incidents have been reported to an online reporting tool hosted by Chinese Canadian National Council Toronto Chapter and to a site hosted by Project 1907 in Vancouver.

Since the pandemic, the all too common racist attitude towards Chinese and East Asians has been captured in countless online videos, including one about the attack on an employee at the TNT supermarket in Mississauga. They were also reflected in several public opinion polls, including one conducted by Chinese Canadian National Council for Social Justice (CCNC-SJ) in April 2020 with over 1000 respondents from Toronto, Vancouver and Montreal in English and French to assess the perception of Canadians towards Chinese/Asian. Disturbingly, 14% of Canadians either believe that all Chinese and ALL Asians carried the virus, or they are unsure if we ALL carry the virus. Another 40% do not feel safe sitting beside Chinese on public transit.

To counter the rise of Anti-Asian racism, CCNC-SJ launched the Stop the Spread campaign, with a view to raising public awareness around the stigmatization of Chinese Canadians and other Asian Canadians while calling on all Canadians to stop the spread of racism during the pandemic and beyond.

With the development of vaccines, there is hope that the pandemic will soon be over. But the virus of racism will likely go on, ravaging the lives of people of colour and Indigenous peoples in Canada and beyond.

While scientists may be able to cure COVID-19 with a dose or two of the vaccine, combating racism takes a lot more concerted efforts from all of us.

We each have our role to play.  If you would like to be part of the movement for positive change, supporting community organizations engaged in anti-racism work such as CCNC-SJ, CSALC and Colour of Poverty Colour of Change, and educating yourself about the history of racism in Canada and its present day impact on all racialized communities is a good place to start.

COVID-19 should serve as a wakeup call that the survival of humanity depends on all of us working together, caring for and supporting each other, especially those who are the most marginalized and disadvantaged. Let’s start rebuilding for a better world now.

Avvy Go is the Clinic Director of the Chinese & Southeast Asian Legal Clinic, and a steering committee member of the Colour of Poverty Colour of Change Network. Email her at goa@lao.on.ca.