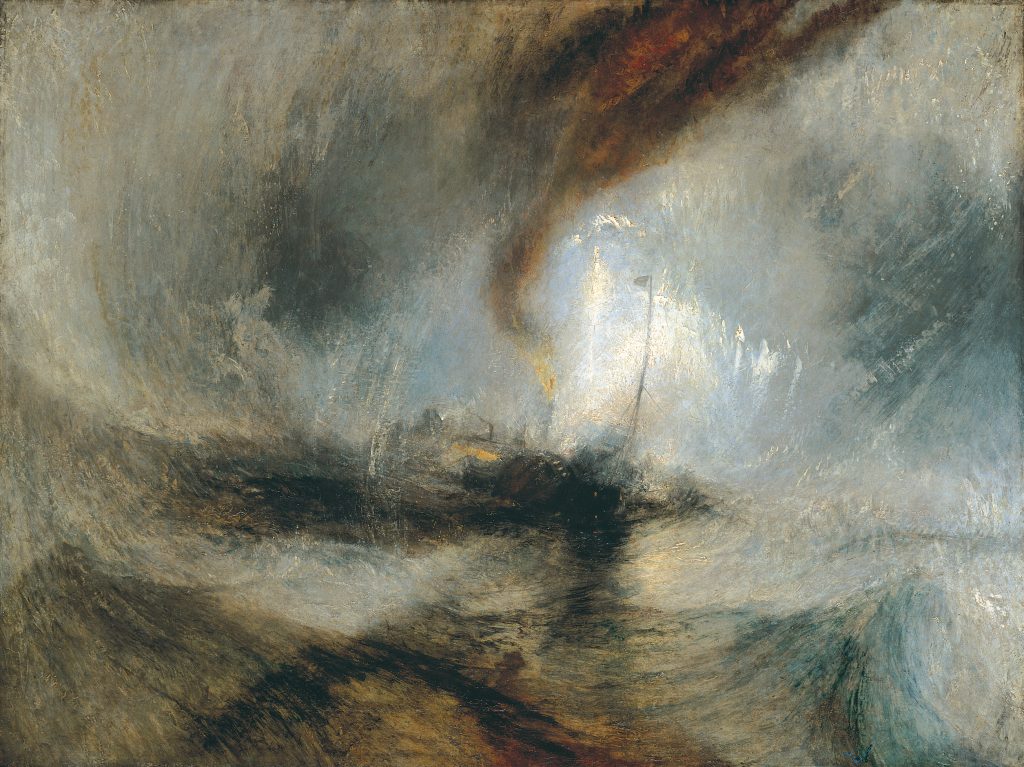 This is the tenth post in the series Historians Confront the Climate Emergency, hosted by ActiveHistory.ca, NiCHE (Network in Canadian History & Environment), Historical Climatology, and Climate History Network.

The next Ice Age is behind schedule. Now for the bad news: the infernal and, for many in the northern hemisphere, eye-opening summer of 2021 has shown that global warming’s effects are reaching critical levels sooner than expected. Worsening drought and extreme weather events afflict the hotter parts of the globe, already sorely tried. The rapidly warming Arctic, devastating fires and floods in places like British Columbia, Siberia, or the Rhine Valley, and a stray hurricane over Newfoundland suggest that the “cool blue north” isn’t quite what it used to be (you may remember that Jesse Winchester first sang those words in 1977…).

Using uncharacteristically blunt language, experts confirm this impression of acceleration. And over the past decade or two, they have added an order of magnitude to the uncertainty: no longer does the worsening seem linear (“one additional degree will cause more such-and-such”), conjuring up situations that while alarming, at least present a threat that is directly proportionate to the amount of carbon (etc.) in the atmosphere – and to human action or inaction. Rather, the warning now is “such-and-such may happen regardless,” or even “all hell may break loose,” as sudden, irreversible shifts and catastrophic chain reactions within the Earth System become more likely.

For it seems that we humans (some of us much more than others, of course, historically and presently) and the other species we have dragged into this are closer than ever to truly formidable tipping points. The destabilization of the oceanic system picturesquely known in English as AMOC (Atlantic Meridional Overturning Circulation), is only the latest of these to attract attention. Dying coral reefs, rapidly melting ice in high latitudes or altitudes, methane suddenly unleashed from permafrost and ocean sediments, are some of the others. Imagine: a prospect even more worrisome than the climate deteriorating a step, a degree at a time. Amok indeed.

Short of such extreme scenarios and their associated dystopias (imperialistic deserts, drowned cities…), getting some sort of handle on warming in a few short years promises not a quick return to friendlier conditions, but an unprecedently difficult climatic future. In its recent report, to me all the more ominous in that it dwells so little as yet on the suffering the current and coming geophysical changes will cause, the Intergovernmental Panel on Climate Change laconically speaks of “commitment”: “unavoidable future climate change resulting from inertia in the geophysical and socio-economic systems.”

In 2018, a group of Earth System specialists already specified what this might mean. The best that can be hoped for, they argued, is “stabilization in a range of intermediate temperature rises,” well beyond the range seen over the Holocene’s dozen millennia. This for centuries and centuries to come, the time it takes for anthropogenic carbon, half of it accumulated since 1990 (!) to leave the atmosphere. Here it is, the future the past summer portends. A future of avoiding the worst. At best.

Yet all this, too, is in the process of becoming old news. I repeat it here in part as a kind of mantra, as a way of summoning up, momentarily, a crisis so enormous that it continuously repels our gaze. Even – especially? – now that it has begun to loom over our present. But I include my amateur climate bulletin also by way of describing this moment’s specific combination of certainty and uncertainty. And of pointing to a further possible tipping point that would see many – too many – of our contemporaries proceed from inertia to resignation, without passing go, without coalescing sufficiently to move or remove the people and the systems that are so powerfully arrayed against rapid climate action.

“The new challenge”, remarked journalist David S. Wallace just the other day about climate writing in general, “[…] is to capture the feeling of our predicament, along with its facts: not merely to convince people, but to galvanize them out of despair or fatalism.” If that is what needs to be done, historians hardly seem likely galvanizers. At least as historians: think of E.P. Thompson, who 40 years ago threw himself into the campaign against the nuclear arms race, putting aside his astounding historical work – although he did forge “exterminism” during this period, a notion that remains useful, even though warheads no longer top the list of threats to humanity. Short of dropping our own astounding work, and after having given hard thought to our personal contribution, both to climate change and to the struggle to reign it in, there remains the question: what historical narratives for this apprehended future?

In 2003, François Hartog attributed to a weakening sense of progress in Western societies (a destabilized temporal AMOC?) the rise of what he called “presentism”. In the later twentieth century, he argued, an increasingly “opaque and threatening” future encouraged Westerners to adopt a precautionary attitude, along the lines of philosopher Hans Jonas’s “imperative of responsibility”, making avoidance of future harm the supreme criterion of present action. When looking backward, they waxed commemorative, making the past resurface in the present in the form of heritage or memories of historical injustices. Hartog concluded a touch regretfully that “today, enlightenment has its source in the present, and in the present alone” and that his fellow historians, at least those who continued to view the past “from afar,” faced marginalization.

“Presentism” has been much debated, up to and including environmental historian Grégory Quenet’s recent suggestion that the climate emergency has jolted us out of it. However that may be, it seems useful in this context to recall what goes without saying for environmental historians and their readers: that a precautionary approach to the future, reflecting in this case ecological and climatic concerns, necessarily influences one’s approach to the past. That applies most obviously to environmental history’s eminently precautionary mission of fostering ecological – and increasingly, interspecies – consciousness, in an attempt to chip away at humans’ sense of entitlement. In its more combative form, environmental history can nourish activism more directly, while still avoiding the search for heroic ancestors, another, problematic form of presentism.

A recent, stimulating example comes to mind: Jean-Baptiste Fressoz and Fabien Locher’s Les révoltes du ciel (2020). The study explores some five centuries of discourse and initiatives on climate change in Europe (often France) and other places variously appropriated by Europeans. Aside from demonstrating that climate change has long been a preoccupation in a surprising range of contexts, the authors show how tenaciously, over the centuries, a supposedly beneficial effect on climate was used to justify European colonization (including in New France, my specialty).[1] There and elsewhere, controlling nature was intimately bound up with controlling humans and hence with power and inequality. Which enables the authors to argue that however unprecedented our current situation, climate change is a political phenomenon, past, present, and future.

That observation reads like a call to arms. What is particularly galvanizing about work of this sort – about nature, ironically – is its insistence on denaturalizing present conditions. If such is history’s main purpose – to show the seemingly inevitable as contingent, opening a space for alternatives and political struggle to attain them – perhaps a broader range of histories, beyond the environmental, qualify as precautionary. I’m thinking more specifically of counterfactual history: less of the experimental, playful, what-would-have-happened-if-Hitler-had-been-admitted-to-art-school variety, than of one more broadly interested in historical actors’ options, perceived or not, and in roads not taken.

Implicit in much historical reasoning, the approach surfaces not just in counterfactual history per se, but also in historians’ critique of often national teleology, for example, and cultural history’s insistence on individual subjects’ views of the world and of the future. A recent survey of history in this vein sees as a sign of uncertain times a kind of counterfactual sensibility that has emerged over the last few years.

A history giving more thought to futures past depicts our predecessors or near-contemporaries exploiting their maneuvering room, weighing their options as they see them, and dealing with contingency. Precautionary, it keeps open this space for action in the future. It offers encouragement, as the climatic chickens come home to roost.

Thomas Wien teaches the history of New France and the French Atlantic World at the Université de Montréal, including the course on “Crises et catastrophes” that has inspired this post. He is currently editing for publication an account of the cooper J.P. Reichart’s visit to Canada (1723-4).