The “Europe of Nations and Freedom”: 11 extreme right parties. leftfutures.org

Studies on the European ultra-nationalist right are not exactly rare. Over the last couple of decades, many a tree has been felled and much ink has been spilled on the extreme right in our day and age and its connections (or lack thereof) with the fascist movements and parties of old. But despite the abundance of works on that topic, the ideological nature of the ultra-nationalist right, its medium-to-long-term plans, and its very location on the extreme right of the political spectrum are still subject to controversy. While not engaging directly with the debates surrounding the essence of fascism, this post focuses on some major genealogical links between several far right European parties and central facets of pre-1945 fascism.

First of all, it should be noted that the all too easy equation of the contemporary nationalist right with fascism has been rightly qualified by many eminent specialists, including Robert Paxton, whose seminal Anatomy of Fascism (2004) has opened up fresh perspectives on the subject. In the penultimate chapter, Paxton wonders whether fascism could ever come back, and arrives at the conclusion that,

[i]n the unstable new world created by the demise of Soviet communism … movements abound that sound all too much like fascism. If we understand the revival of an updated fascism as the appearance of some functional equivalent and not as an exact repetition, recurrence is possible. But we must understand it by an intelligent comparison of how it works and not by superficial attention to external symbols.[1]

While historians are generally skeptical when it comes to historical cycles, ideologies do not emerge solely as a result of contingencies. If history does not repeat itself in the exact same way, historical actors often identify themselves in relation to their great ancestors. Thus, the recurrence of neo-fascist or ultra-nationalist parties is not due to a scientifically predictable historical cycle, but to self-fulfilling prophecies. Fascist or, rather, neo-and-approximo-fascist ideas are not staging a comeback because they are part of a cycle, but because their agents are (more or less consciously) working towards their return. In addition, some European media, intellectuals, and politicians have played a part in warning their audiences of the imminent “return of the 1930s” or of descendants of Hitler and Mussolini.[2] 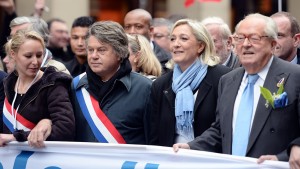 In terms of political taxonomy, the far right, whether one calls it “extreme,” “nationalist,” “monarchist,” or “ultra” has always been a slippery fish. This is easily explained by its ideological elasticity. Indeed, unlike the Marxist Left or classical liberalism, no equivalent to The Communist Manifesto or On Liberty exists. Granted, political programs, like the Italian Fascists’ 1919 Manifesto, or the Nazis’ 1920 25-Point Programme provide a synthetic picture of what early fascism stood for. However, fascism’s elastic nature makes it difficult to identify its basic tenets.

To Paxton, the best way to overcome this challenge consists of studying fascism as a dynamic phenomenon that can be divided up into five stages: “the creation of movements, … their rooting in the political system, … their seizure of power, … the exercise of power, … the long duration, during which the fascist regime chooses either radicalization or entropy.”[3] Whereas all the variants of fascism share core features, such as ultra-nationalism, anti-communism, or the cult of the leader, some of those stages privilege some themes over others. For instance, while the first two stages tend to emphasize anti-liberalism, the “exercise of power” stage usually sees the fascists moderate their views on the market economy and strike alliances with big business. Consequently, fascism’s inherent flexibility makes it an undead political phenomenon: a tradition few political organisations claim as their inspiration, but one that could easily re-emerge. More specifically, most of the ideas it promotes are adaptable in our day and age. Racism and/or anti-Semitism, anti-socialism/communism, anti-liberalism, ultra-nationalism, ultra-militarism, cults of personality, totalitarian tendencies, and calls for the primacy of the community over the individual are definitely not defunct. 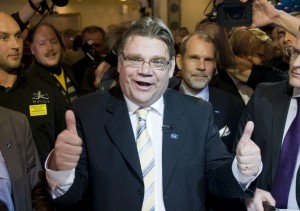 This brings us to the present. The early 21st century is certainly not a carbon copy of the 1920s/30s, and paramilitary groups are not running amok in the streets of Paris, Rome, Berlin, or London. Timo Soini (the Finns Party leader), Marine Le Pen (the head of the French National Front), or their counterparts in other countries have, of course, never openly called for the total extermination of one or several groups of people. Also, none of those parties seem to seriously plan to establish dictatorships.

However, the circumstances in which the European ultra-nationalist right thrives, as well as its rhetoric and some of its core ideas, are reminiscent of the fascist parties of the interwar period. Here Paxton’s advice to look beyond external symbols and to refrain from expecting a re-enactment of the 1930s-40s is particularly valid. Unlike their predecessors, the current far-right parties are more feminized – which does not mean they are not macho or sexist – and have tried (more or less successfully) to stifle racism among some of their rank-and-file members, as the only truly taboo aspects of fascism in Europe today are its racism (and, especially in the case of the Nazi variety, its genocidal drive – Paxton’s fifth stage) and its totalitarian agenda. For instance, anti-communism and anti-liberalism are deemed acceptable in most liberal democracies. The projected Memorial to the Victims of Communism (which does not discern between totalitarian communism and communism as an umbrella term for a broad range of ideas) in Ottawa has enjoyed surprising levels of support from within the Canadian political class. As to criticisms of the market economy and of its human and environmental effects, they rarely cause outrage in the media or in society in general. 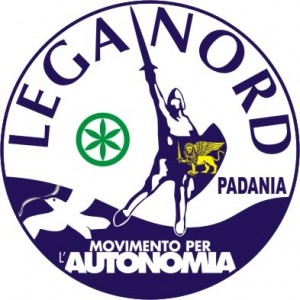 European far-right parties definitely fall in with the fascist anticommunist and anti-liberal tradition. On the one hand, they all reject the view that the social question should prevail over the national one. On the other hand, the extreme right staunchly opposes the European Union’s liberal values and policies. The European parliament’s “Europe of Nations and Freedom” parliamentary group (which is composed, among others, of the French National Front, the Austrian Freedom Party, and the Italian Northern League) advocates an exit from the Eurozone and a restoration of national sovereignty to each EU country. In that regard the opposition to the abolition of trade barriers, paired with the rejection of immigration and of the perceived adulteration of national identities, is connected to another aspect of fascism: irredentism. Derived from the Italian irredento (“unredeemed”), irredentism can be defined as the will, usually based on historical or ethnic-religious grounds, to (re)integrate a territory into its alleged “parent” nation. Post-World War One Italy’s demands for more lands east of Trieste exemplifies perfectly this notion of irredentism. In present-day Europe, this type of irredentism is almost invalid, as few borders are being contested. That being said, that notion has not completely disappeared but has mutated: instead of pining after lost territory, the extreme right now warns against what it views as unredeemed identity and power. Like their fascist forefathers, they point the finger at the other, whoever he/she is perceived to be (Muslim, Arab, gay, etc.) as well as to a foreign “dictate,” one that is no longer the result of a peace treaty (like the 1919 Treaty of Versailles), but that of the EU government, metonymically referred to as “Brussels.” Instead of being tangible, then, this type of irredentism is essentially value-based.

Thus the main differences between classical fascism and the current extreme right stem from the contextual gap that separates the 21st-century world from that of the interwar period, which was plagued by the consequences of the First World War. In that regard, one major difference is how the parties in question interact with one another. While no fascist “International” has ever existed, except for the short-lived attempt to create such an organisation in the Swiss town of Montreux in 1934, the emergence of the EU has facilitated the creation of the “Europe of Nations and Freedom” parliamentary group. Nonetheless, partnerships of that type are marriages of convenience and result from a context of relative peace on the continent.

Europe is currently seeing the reproduction of a pattern, one that involves different actors, methods, styles, and timelines. When it comes to pure ideology, one just has to scratch the surface to notice striking similarities between the interwar fascist parties and the increasingly popular extreme right in today’s Europe. From a rhetorical viewpoint, these parties reject the label “extreme right,” a stance that is reminiscent of what José Antonio Primo de Rivera, the founder of the Spanish Phalanx, used to say on the matter: “[r]ights, lefts, these are words of little significance.”[5] In addition, it should also be noted that most of these parties, which are also mass movements, have also attracted neo-Nazi elements and have had trouble concealing some of their members’ avowed xenophobia and racism. In the Paxtonian model, the European extreme right might be seen to sit at  “stage 2”. It imitates its interwar predecessors, albeit by different means, by resorting to “politics of cultural despair”–in other words, by harnessing the fear of national decadence–scapegoating immigrants, condemning the disengagement of the state, and appropriating, in eclectic ways, ideas of social justice traditionally belonging to the moderate left.[6]

[4] Memorial to the Victims of Communism, Tribute to Liberty,, accessed November 12, 2015.

[6] See Fritz Stern, The Politics of Cultural Despair: a study in the rise of the Germanic ideology (Garden City: Doubleday, 1965).

One thought on “The European Extreme Right Yesterday and Today”