When the Conservative government under Doug Ford came into power in June 2018, they immediately began rolling back curriculum revisions by the Ontario Ministry of Education. Two subject areas affected by these actions were the new sexual education curriculum and the addition of increased Indigenous content to the social studies, history, geography and civics curricula. Although parents, educators, and students alike rallied against the cancellation of the sex ed curriculum (which has, in part, been reinstated), there has been less sustained public outroar against the cancelling of consultation sessions with Indigenous people (see Christou and Crawley for notable exceptions). 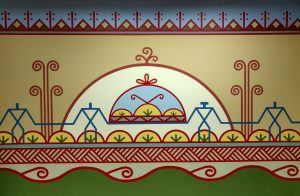 As a non-Indigenous allied scholar working in the field of Indigenous history, I found this lack of sustained criticism alarming as the cancellation of these sessions went against the recommendations of the Truth and Reconciliation Commission, undid the work of the Ontario Ministry of Education to establish respectful relationships with Indigenous communities, and hindered the ability of both Indigenous and non-Indigenous students to see themselves in the curriculum and understand their roles in the process of reconciliation.

Through an analysis of Ontario Ministry of Education programs and policies, this post will argue that while the Ministry has been learning from their previous initiatives, this decision curtailed their efforts at the cusp of the most forward and inclusive plan to create meaningful Indigenous education directives based on consultations with Indigenous people.

For decades, the Ontario Ministry of Education has been in the process of creating curriculum more sensitive to Canada’s multicultural society. Building from the report, The Development of a Policy on Race and Ethnocultural Equality (1987), the Ministry advocated a province wide equality policy ensuring that minority populations would have equal access to education in Ontario. After roundtable discussions with ministry staff and school boards, local school boards were tasked with creating and implementing their own equality plans by September 1995. Although these plans were to include community consultations and “partnership activities with local communities, including Aboriginal groups and other education partners,”[i] this process was problematic as many Indigenous people – as outlined in the Royal Commission on Aboriginal Peoples (RCAP, 1996) and the TRC final report – did not see the addition of Indigenous content and understandings to the school system as an issue of multiculturalism. These reports articulate that Indigenous people want to ensure that their understanding of their place in Canada is taught in Canadian schools and classrooms, teaching non-Indigenous students Indigenous worldviews and content so that they may better understand the effects colonization has had on Indigenous peoples. Further, this would ensure that Indigenous students able to see themselves reflected in what is taught in the dominant education system.

Before the TRC, the Ontario Ministry of Education tried to add Indigenous content to the Ontario curriculum. These initiatives, however were based on emphasizing multiculturalism and did not necessarily require the inclusion of Indigenous content. In their 2009 report, Equality and Inclusive Education in Ontario Schools, the Ministry only highlighted three school boards for their Indigenous education initiatives, two of which used consultations and partnerships with Indigenous people and communities. In their updated report in 2014, these three programs were again included with the addition of a fourth program started by the York Catholic District School Board. Further, in 2009, the Ministry produced the Aboriginal Perspectives curriculum and tool kit.  According to the toolkit’s introduction, its creation came after reviewing existing curriculum and recognizing that new lesson plans were needed to foster a strong sense of identity and positive self-image for Indigenous students.[ii] Through my own analyzing of the toolkit, these lesson plans were created by identifying and forcing Indigenous content into existing Ministry of Education learning objectives and paradigms.[iii]

As noted in RCAP and analyses of education practices in Canada, programs and initiatives like these provide little room for non-Indigenous students to learn about and understand Indigenous cultures, worldviews, and how Indigenous people view their place within Canada. This approach also meant that although Indigenous students may see content they can identify with, it is delivered within a colonial system that values non-Indigenous/western ways of knowing over their own. Further, since these programs and lessons are developed with a Canadian multicultural framework in mind, they are presented alongside or in competition with other cultural traditions. In this way, although Ontario is the traditional territories of many Indigenous nations, some school boards, especially in urban centers, can sideline Indigenous content in favour of other cultural communities. These leaves many of Ontario’s Indigenous and non-Indigenous students unaware of the Indigenous histories where they reside (also see Paradkar 2019a and 2019b).[v]

In 2013, the Ontario Ministry of Education overhauled both the elementary Social Studies and grades nine and ten Canadian and World Studies curricula. After the conclusion of the TRC, these curricula were further revised in 2018 (see 2018a and 2018b). Although these revisions gave educators more ideas on where they could teach Indigenous content in elementary and secondary schools, with more Indigenous content being added, an understandings of Indigenous worldviews were not included as holistically.

By looking at the curricula, one can see that the disconnect between covering Indigenous content and responding to Indigenous worldviews stems from the Ministry’s use of federally and provincially approved definitions of Indigenous people in curriculum and policy[vi]. Many of the definitions used in the curricula are found in the Indian Act and Canadian Constitution, which frames Indigenous people as part or under the authority of the Canadian state[vii]. Although 32 new definitions relating to Indigenous peoples and their history at the hands of the Canadian state were added to the revised elementary Social Studies and grade nine and ten Canadian and World Studies curricula, the majority of the definitions were repeated in the 2018 curriculum. Therefore, the 74 Indigenous expectations and guiding questions identified at the elementary level, and the 11 Civics, 13 Geography, and 39 History expectations and guiding questions found in grades nine and ten, lack the depth and discursive ability to teach Indigenous issues and worldviews beyond the colonial definitions already imposed by the Canadian state.[viii]

For example, in many of the expectations and examples provided in the 2013 curricula, Indigenous people are likened to political advocacy groups that oppose the extraction of resources. This presentation is in contrast to Indigenous people being recognized as the original inhabitants of the land with worldviews that tie them spiritually to a particular place in an interconnected relationship with the lands and “resources”  being extracted. This approach misses the fact that, through treaties, Indigenous people can and do exist as political actors outside of the Canadian system.[x]

Understanding Indigenous worldviews as being outside the Canadian state’s definitions is a key element for understanding and working with Indigenous people when developing curriculum for both Indigenous and non-Indigenous students. For this to happen, the Ontario government needs to follow the recommendations of RCAP and the TRC and ensure continuous consultations with Indigenous people and communities, allowing them to lead educators on the critical issues surrounding the teaching of colonization and the process of reconciliation in Ontario schools.

The lack of continued public protest against its cancellation revel that meaningful reconciliation in Ontario may be further away than many had thought. Reconciliation and respect cannot be achieved by simply adding more content. Recently, in two Toronto Star opinion pieces, Indigenous and non-Indigenous editors reviewed the Ford government’s Indigenous education plans and concluded that it is void of both Indigenous voices and a mandate for reconciliation (See Talaga and Cohn).

Evan J. Habkirk is a sessional instructor at the University of Western Ontario and Wilfrid Laurier University. His current research explores residential schools, public history and education, and Indigenous military, militarism, and warriorship from the War of 1812 to the First World War.
The research for this post was conducted over 2013 to 2019 when he was serving as a board member, co-chair of the Six Nations subcommittee, and vice chair of education subcommittee of the Great War Centenary Association Brantford, Brant County and Six Nations (www.doingourbit.ca) and as a research assistant to Dr. Janice Forsyth’s “More than Sports and Games” and “Crossing the Red Line” projects at the University of Western Ontario exploring Indigenous sport and health in the residential school system (crossingtheredline.ca)
He would like to thank the many teachers, educators, students, Six Nations community members, and the editors from Active History who helped him frame his ideas for this post.

[i] Policy/Program Memorandum 119, issued 13 July 1993, as cited in Government of Ontario (Ministry of Education), Equality and Inclusive Education in Ontario Schools: Guidelines for Policy Development and Implementation (Toronto: Queens Printer, 2009), 77.

[v] This can be seen in document Equality and Inclusive Education in Ontario Schools: Guidelines for Policy Development and Implementation (Toronto: Queens Printer, 2014), in which 11 programs from Ontario school boards were highlighted for their approach to inclusive education. Of these 11 programs, only four were highlighted for their Indigenous education initiatives while the 7 other highlighted programs were dedicated to other aspects related to equitable and inclusive education. Of these 7 programs, 5 were offered in school boards in the Greater Toronto Area while to other 2 programs were located in Ottawa and Eastern Ontario and the City of Windsor and Essex County (See pages 21, 23, 26-27, 29, 31, 32, and 34).

[vi] For example, the 2013 and 2018 Social Sciences and History and Geography curricula for elementary schools and 2013 and 2018 Canadian and World Studies curricula for Secondary Schools define Indigenous groups and communities as “bands” as “Defined by the by the Indian Act, in part as ‘a body of Indians…for whose use and benefits on the common lands…have been set apart’. Each band has a governing band council, usually consisting of a chief and several councilors…Today, many of bands prefer to be called First Nations.” Further, all of these curricula define the term “First Nations” as “the term used to refer to the original inhabitants of Canada, except the Inuit. A term that came into common usage in the 1970s to replace the word ‘Indian’, which many found offensive. The term ‘First Nation’ has been adopted to replace the word ‘band’ in the names of communities.” See The Ontario Curriculum Social Science Grades 1 and 6 and History Grades 7 and 8 (Toronto: Queens Printer, 2013 and 2018) and The Ontario Curriculum Canadian and World Studies Grades 9 and 10 (Toronto: Queens Printer, 2013 and 2018)

[vii] See The Ontario Curriculum Social Science Grades 1 and 6 and History Grades 7 and 8 and The Ontario Curriculum Canadian and World Studies Grades 9 and 10 (2013), 171-183. The 2013 curricula for elementary level School Social Science, History, and Geography and grades nine and ten Canadian and World Studies contain glossaries of approximately 240 words, with just over 20 words pertaining to Indigenous peoples. In their 2018 revised versions, these curricula’s glossaries grew to include over 280 words, with approximately 70 words pertaining to Indigenous people. Although 12 of these new words include Indigenous ideas of how they want their communities taught to Ontario’s students, the reminder of the definitions still define Indigenous people as part of and/or under the Canadian state.