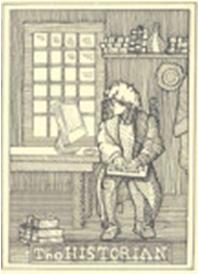 The Internet is finally beginning to penetrate historical practice.  At the recent North American Society for Sports History (NASSH) Conference, held May 24-26, 2013 at Saint Mary’s University, Douglas Booth and Gary Osmond provided a fascinating primer on the impact digital history is starting to exert on a field like the study of international sports history.  The Internet itself, Booth pointed out, is — in fact– “an infinitely expanding, partially mediated archive.” Exploring the World Wide Web, however, can be frightening, especially for recognized experts, because it “disturbs previous certainties.” 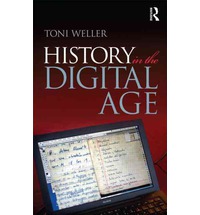 Digital history, according to Toni Weller, author of History in the Digital Age (2013), is the use of digital media and tools for historical practice, presentation, analysis, and research. Early work in digital history focused on creating digital archives, CD-ROMs, online presentations, time-lines, audio files, and virtual worlds. More recent digital history projects demonstrate the potential of creativity, collaboration, mapping data, and technical innovation, all of which are aspects of Web 2.0

Current and future initiatives seek to fully utilize the Internet to create dynamic sites of history-making, inquiry and discussion. History blogs like www.activehistory.ca are essentially first generation initiatives in that direction.

Digital history experts Daniel Cohen and Roy Rosenzweig of George Mason University have identified the initial sources of the skepticism. The inaugural issue of Wired magazine from the spring of 1993, for example, predicted  an overly optimistic digital future.  Management consultant Lewis J. Perleman foresaw an “inevitable” “hyperlearning revolution” that would displace the thousand-year-old “technology” of the classroom, which has “as much utility in today’s modern economy of advanced information technology as the Conestoga wagon or the blacksmith shop.”

Historians and history teachers had reason to feel threatened. John Browning, future Executive Editor of Wired UK, explained how “books once hoarded in subterranean stacks will be scanned into computers and made available to anyone, anywhere, almost instantly, over high-speed networks.” Wired publisher Louis Rossetto went even further, linking the digital revolution to “social changes so profound that their only parallel is probably the discovery of fire.“

Techno-skeptics saw a very different future. Debating Wired Executive Editor Kevin Kelly in the May 1994 issue of Harper’s, literary critic Sven Birkerts implored readers to “refuse” the lure of “the electronic hive.” The new media, he warned, pose a dire threat to the search for “wisdom” and “depth”—”the struggle for which has for millennia been central to the very idea of culture.”

Today’s students are digital natives and generally far more savvy than their professors. No longer does it suffice for a history teacher to present an overhead and have students take notes. Museums cannot count on traditional “static” exhibits to attract visitors. Digital history applications, whether they are virtual exhibits or online learning programs, transcend the traditional textbook and provide users with dynamic animations and authentic sources and experiences.

Most teaching websites offer resources (especially primary sources) and advice on how to do digital history. Yet creating interactive learning exercises remains a significant challenge. One approach is to provide exercises—in the form of  mysteries—that have no right answer and where the learning comes through the exploration.

Who Killed William Robinson? Race, Justice and Settling the Land, developed in 1996,  presented students with the problem of solving the murder of William Robinson, an African American who was killed on Salt Spring Island in British Columbia in 1868. It has morphed into the Great Unsolved Mysteries Series, consisting of 12 “cold cases” designed to turn students into real-life historians. While challenging, they now appear dated because they tend to be static and traditional in their use of virtual archives.

University professors, at the undergraduate level,  are gradually coming to accept digital history. But this begs the question: what evidence do we have that students learn better from digital history?

Few studies have scientifically documented computer-user behaviours, particularly in history education. Much of what is available comes from international/US studies which present descriptive results of small-scale investigations with online applications and webquests. Building on pioneering research in virtual history, Stéphane Lévesque of the University of Ottawa spent a decade researching how Canadian students learn from and can improve their learning experience with digital history environments.

In a funded study by the Canadian Council on Learning (2007-2008), Lévesque investigated the role and impact of a digital history program, The Virtual Historian, on students’ historical learning and literacy. What this study suggested was that digital history – with all its animated objects and dynamic scaffolds – is not a substitute for classroom teaching. Many students continue to crave and need student-teacher interaction and instruction – and for sound reasons. Learning is, according to Levesque,  far too complex and multifaceted to be reduced to gaming and web animations.

Still, digital history provides students with important learning tools, resources and thought processes that 21st century teachers can no longer ignore. Working with Adam Friedman of Wake Forest University in North Carolina, Levesque has embarked upon in a comparative Canada-US study of high school student learning with technology aiming to uncover the particular ways in which Canadian and American teachers and students can learn in technology- connected settings.

Historians and teachers are starting to cast a wider net.  Instead of limiting their research to written sources including newspapers, sporting records and official documents, they are tackling history as represented in digital forms, material culture, and museums. The growing relationship between  Wikipedia and history demonstrates the expansion of the field  beyond its traditional parameters.

The study of history is now becoming  far more integrated with digital history, cultural history and public history through connections unlocked by the digital revolution.  All of this is making possible more dynamic, topical, interactive engagement in studying not only contemporary society but the past.

Academics remain remarkably reticent to engage in digital history, just as many are openly disdainful of the social media. A close observer of Digital History, Richard Rinehart, expressed the principal reservation of academics in this priceless line: “Digital sources last five years or forever, whatever comes first.” That speaks to the need for new professional standards to ensure the proper preservation of electronic historical intelligence. Fears of academic history being bastardized in the form of a “mash-up,” however, are really just an extension of the ongoing and ever-present struggle against the popularizers.

Professional historians need to get involved as arbiters of what distinguishes good digital history from the bad variety. It’s high time academics broke out of their comfort zones and moved beyond using the Internet as a tool to actually embracing digital history. Rich research opportunities are being missed and an expanding archive of digital history remains to be discovered.

An earlier version of this post appeared on Paul W. Bennett’s Educatter’s Blog.