Last week, the Saskatchewan government (led by Brad Wall and the Saskatchewan Party) reset a course direction that had veered off target. That course redirection affects who – along with what – is allowed to purchase Saskatchewan farmland. A Canadian citizen? Come on down. A Canadian-owned corporation engaged in the business of farming? Saskatchewan agriculture is open for business. 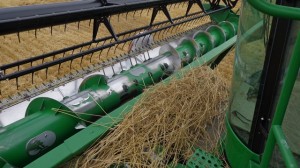 The new direction, which moves to once again restrict investment firms and pension funds from buying Saskatchewan farmland, has enormous effects on the agriculture industry. Saskatchewan land prices, by world standards, are extraordinarily cheap, yet production value remains high. When combined with future world population forecasts, large-scale investment firms and private investors are betting that farmland will remain a safe place to hold and grow their money. A cash crop, so to speak. And they want in.

That same board approved the sale of 115,000 acres to Canada Pension Plan Investment Board (CPPIB) in 2013. Immediately, their decision raised hackles. When Skyline Agriculture Financial Corp, a foreign-backed player allegedly looking to finance as much as $1 billion in farmland purchases over the next decade came knocking, the Farm Land Security Board obviously had second thoughts. Skyland’s bid was denied at the end of January 2015.

Not everyone lauds this move. National Post writer Jesse Kline asks: Whither fiscal conservatism? Is Premier Brad Wall a meek liberal sheep, hiding in conservative wolf clothing? This protectionist stance, Kline argues, is ridiculous. Unchecked investment in a truly open market is a fiscal conservative hallmark. Farmers need to “deal with the same market forces as any other business.”

But as a historian, I’m deeply concerned with Kline’s assessment.

The northern Great Plains, which became western Canada, experienced an unprecedented cultural, social, and economic change with the coming of thousands upon thousands of agricultural settlers at the turn of the twentieth century and for twenty years thereafter. As problematic as that colonial story is, it remains the bedrock of today’s rural western Canadian life: agriculture and farming, and the vicissitudes of its ups and downs, are the story of the land.

And it was land that started it: the pull of the land. Land I can own. Land – the foundation of wealth.

What pulled those thousands upon thousands of immigrants to live in sod houses on the prairie or pick endless roots along the forest edge was the lure of their own land. Coming from Europe (north, east, central, and south) where hundreds of years of land ownership had concentrated large parcels of land into the hands of the wealthy few meant that those who farmed for a living did so at the whim of their landlord. It was difficult – well nigh impossible – to do much more than slave for another’s wealth.

In recent years, the romanticized story of the pioneer overcoming all odds has been beaten back, and rightly so, by contrasting stories of Aboriginal dispossession and displacement. Nonetheless, it would be wrong to forget the enormous human energy, captured in hope, determination, and sheer willpower, that brought so many thousands to western Canada.

It was their determination to have a better life, to have their own land and build their own family fortunes that brought them to Canada.

Ironic then, isn’t it, that it is the same drive for wealth, for maximizing returns, that pushes land prices up higher and higher and higher. With an acre selling for $10,000 equivalent in Britain, the paltry $500 or $1000 or even $1500 dollars for exceptional Saskatchewan farmland seems cheap. Jesse Kline says, it’s not fair that a Regina owner can sell his house for market value to whoever wants to buy it, including foreign investors, but a Regina-area farmer with a similar house that happens to anchor a 160-acre quarter section of prime farmland is restricted, with prices ‘artificially’ depressed by the restrictions on foreign ownership.

The winners, according to Kline in this open market scenario, are the investment firms looking to maximize investment dividends, retiring farmers, real estate agents, and agricultural product suppliers, who rub their hands in glee at the thought of ever-larger commercial farms on an increasingly grand scale.

The losers are the farmers. How many bad crop years – drought, flood, pests, low agricultural prices, disasters – would it take before the tenant farmers who make cash-rent deals with investment firms go under? This is not an unreal scenario. Economic collapse and farm foreclosure happened in all of the previous drought disaster cycles.

Or, if an increasing amount of western Canadian farmland becomes owned by non-resident, non-farming entities, and the farmers are (at best) leaseholders and tenants, how long will it be before they once again long for ‘land I can own’? Where is the line between serf and self-made farmer?

It’s on a boat, on a three week journey to a new land, cutting all ties and running.

Merle Massie is a writer and historian, and a SSHRC postdoctoral fellow in the Department of Geography at the University of Ottawa. Find her blog at: http://merlemassie.wordpress.com.

2 thoughts on “Saskatchewan Farmland: A Bargain?”