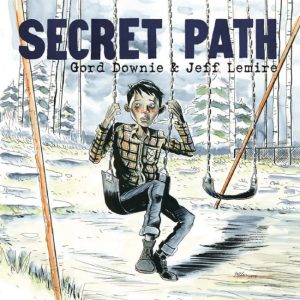 Despite growing up near St. Paul’s Indian Residential School in North Vancouver, I did not learn about residential schools as a child. I did not learn about Chanie Wenjack (misnamed “Charlie” by his teachers), a 12-year-old Anishinaabe boy who ran away from the Cecilia Jeffery Indian Residential School in Kenora, Ontario in October 1966. It was not until I moved to Ontario and started teaching in a classroom at Trent University dedicated to Wenjack’s memory that I, as a settler, first heard his harrowing story: he died of exposure while trying to walk the 600 kilometers from the school to his home in Ogoki Post in northern Ontario. It seems fitting, then, that this past Sunday, October 23 (the 50th anniversary of his death) I attended a packed event in Trent’s Wenjack Theatre to watch CBC’s livestream of The Secret Path, Gord Downie’s new multimedia project about Chanie Wenjack.

Like many people, I had high hopes for the solo record, graphic novel, and short animated film that comprise the project. As a historian of education and as someone with a family member navigating the ongoing legacy of residential schools, I was excited that Downie was using his star power to raise awareness about the legacy of Indian Residential Schools in Canada. After reviewing the project, however, I share Hayden King’s concerns about Downie’s use of Wenjack and the history of residential schools to offer a narrow and settler-curated vision of reconciliation. In this review, I offer a critical analysis of the strengths and limitations of The Secret Path to promote further dialogue about popular representations of residential school history and their role in reconciliation.

The project has several strengths. Building on the recommendations of the TRC, The Secret Path is primarily concerned with raising awareness about residential schools and generating money to support Indigenous peoples in the healing process. The project started three years ago when Downie’s brother first came across Wenjack’s story and relayed it to Gord, who was immediately taken to Chanie Wenjack. Downie quickly wrote a series of poems that became the basis for the project. The idea was to use Downie’s caché as a celebrity to shine a brighter light on the horrific history of residential schools to support the work of the TRC. Then, last year, Downie was diagnosed with terminal brain cancer. Faced with his own mortality, Downie decided to channel his energy into finishing the project and doing right by Wenjack, including working with his family, especially his sister Pearl, to raise money to aid reconciliation efforts. And while looking to celebrities to champion social causes can be risky, there is no denying that Downie’s popularity in “White Canada,” to use his words, will surely expose new audiences to the legacy of residential schooling.

The Secret Path also highlights student resistance in residential schools. Media coverage usually focuses on the abuse in schools, and rightly so, but this can perpetuate a view of Indigenous peoples as helpless victims. In showing how Wenjack and two of his fellow students actively plotted to run away from the school, The Secret Path provides a rare representation of student agency. For example, the song “Swing Set,” and the corresponding illustrations, narrate the ingenuity of students as they organized their escape: “Over the rise on the lawn/Someone dragging someone/The kid looking me in the eye/Teacher not looking at anyone… Now?/Not yet/ Now?!/ Now. Yes” The song ends with sounds of geese flying and corresponds to images of Wenjack fleeing the school and starting on his journey home. Representing such “bad behaviour” as an act of resistance unsettles traditional views of Indigenous peoples as victims and might stimulate more interest in the various tactics and strategies that students (and parents) consistently used to register their resistance to residential schooling.

Despite these positive aspects, The Secret Path contains three key problematic features that should be challenged. While the project sheds light on student resistance, it also invokes sexual abuse as the primary reason for that resistance. People familiar with archival records and oral testimonies related to residential schooling will know that students successfully ran away, and even burned down schools, for a whole host of reasons, from being prohibited from speaking their language to being served inadequate food, being refused visits by parents and guardians, and being punished severely with the strap or a whip, to name only a few. And while Wenjack reportedly mentioned to a student before running away that he was sexually abused in the school, The Secret Path’s singular focus on that abuse allows the reader to be repulsed by the priest’s “touching” but not necessarily by the wider matrix of student grievances or by the very nature of residential schooling itself. Just as critics of the new film The Birth of a Nation are calling on filmmakers to move beyond the “slave-rape” narrative as the only justification for slave rebellion – the very system of slavery warrants that resistance – residential school stories need to acknowledge the rampant sexual abuse in schools without reducing student experience, and student resistance, to that single issue.

The Secret Path also disconnects Wenjack’s story and the history of residential schools generally from the wider processes of colonialism and capitalism in Canada. The narrative begins with Wenjack already in school and thus avoids addressing why the residential school system was started in the first place: to separate Indigenous children from their parents and divorce them from lifeways that rooted them in the land and to train Indigenous children to join the ranks of Canada’s emerging capitalist settler society. The story is silent on the state’s role. Accounts of residential schools that fail to show how the state deliberately used the residential school system to facilitate colonial dispossession and capitalist accumulation for over 100 years do not offer the systemic critique that is required for social transformation and meaningful reconciliation today.

Perhaps most troubling is that The Secret Path uses Wenjack’s story to offer a narrow vision of reconciliation. The project’s message about reconciliation is delivered by metaphor. Towards the end of the story, a raven approaches Wenjack while he walks along the railroad tracks recounting his horrific experiences at the school. The raven suggests that Wenjack exact his revenge by haunting Canadians, and the bird offers him a scary Halloween mask with which to carry out the task: “A way to get back/And haunt them. haunt them. haunt them.” But Wenjack refuses. Instead of revenge, he chooses reconciliation and resigns himself to death in hopes of being reunited with his family. The raven, which is traditionally a figure of darkness but can also be a knowledge keeper and messenger, is inspired by Wenjack’s resolve. The story concludes as the raven flies away with an image of the boy’s dead body beside the railroad tracks in its eye, symbolically carrying Wenjack’s journey forward for future generations. This “one track” solution offers a narrow vision of reconciliation that favours martyrdom over restitution. 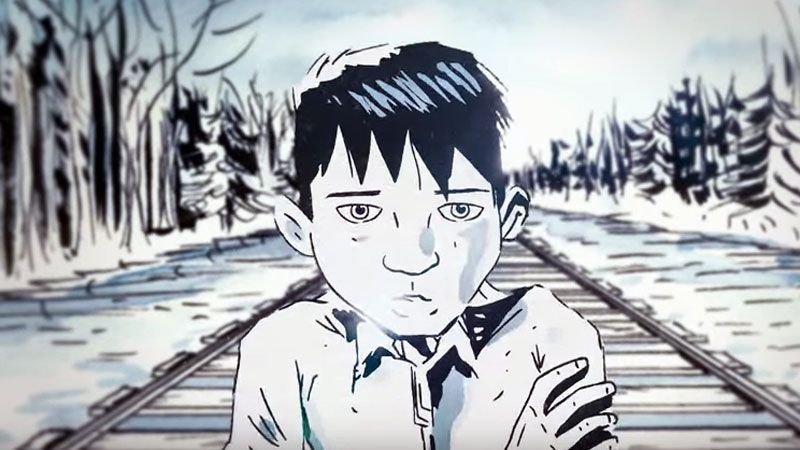 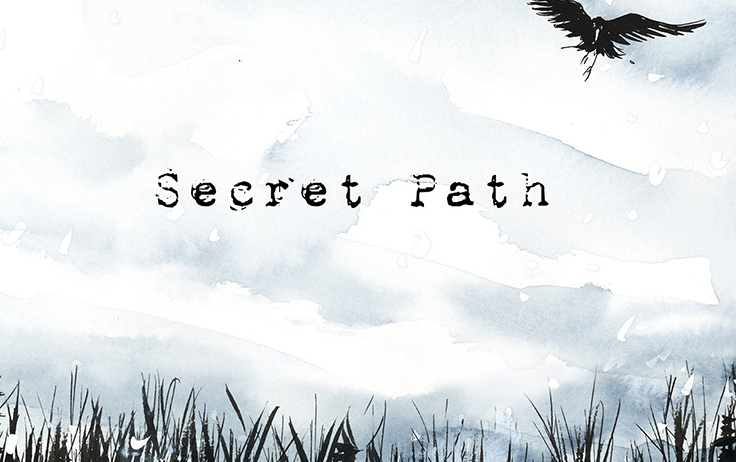 The project’s conclusion is all the more concerning when considered in the context of Downie’s recent comments about reconciliation. In an exclusive interview with CBC’s Peter Mansbridge, Downie critiqued Canada’s overly nationalistic culture and argued that the country’s last 150 years “aren’t as much worth celebrating as we think…” For a major celebrity to criticize Canada in such a way is admittedly rare and, I think, had many people excited for The Secret Path. Yet, Downie finished his thought on a more alarming note that received less attention: “…but the new 150 years can be years of building a nation….imagine they [Indigenous peoples] were a part of us [Canada] and we them, how incredibly cool that would make us.” Thus, instead of unsettling Canada, Downie’s dream is to use reconciliation as a new kind of assimilation to reconstitute the nation. Such a vision will no doubt be embraced by “White Canada,” and its state representatives of all stripes, as a much preferable path to one of supporting Indigenous resurgence, returning land, and committing to decolonization.

In the end, The Secret Path is an important project but one that demands closer scrutiny. As a result of initiatives like Downie’s, and the new Heritage Minute, Joseph Boyden’s book, and A Tribe Called Red’s references to Wenjack on their Halluci Nation record, Chanie Wenjack is no longer a “stranger;” more people will grow up knowing his name and story and that is a good thing. Nevertheless, we also need to confront The Secret Path and its use of Wenjack and the residential school story to promote a settler-controlled vision of reconciliation that is entirely compatible with assimilation, continued colonialism, and renewed Canadian nation-building.

Sean Carleton is a SSHRC and Honorary Grant Notley Memorial Postdoctoral Fellow in the Department of History and Classics at the University of Alberta. His research examines the history of colonialism, capitalism, and the rise of state schooling in Western Canada.