The City of Cambridge Archives Board invites you to join them on Saturday October 22, 2011 for History on the Grand, a one day local history symposium being held at Cambridge’s City Hall in Downtown Cambridge Ontario. END_OF_DOCUMENT_TOKEN_TO_BE_REPLACED

Today, we feature our sixth book review by somebody from outside of academia of a book written by a professional historian. Amnesty International volunteer, activist and fieldworker Gord Barnes, from Regina, SK, reviews Ken Leyton-Brown’s The Practice of Execution in Canada. Please read the full review HERE.

As always, if you’re interested in reviewing a book for ActiveHistory.ca please send us an email at info (at) activehistory.ca. 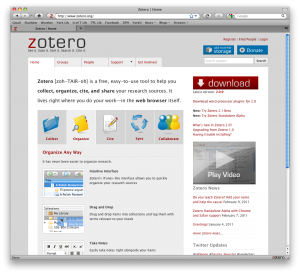 This is part of the ongoing ‘step-by-step‘ series which aims to guide users through online research tools and teaching aids. For Monday, stay tuned to a discussion about Twitter in the classroom.

In this post, I’ll explain to students how to install Zotero on their home computers. As a teaching assistant, I’ve found this to be the most useful technological skill that I’ve taught undergraduates – many have confirmed this by noting how they now use it. The explicit inspiration for this comes from William Turkel’s ‘Going Digital in Two Hours,’ a fantastic workshop that he ran for York University’s Graduate Programme in History last year. Kudos to him!

Why Zotero? In short, it will properly format footnotes/citations (critical if you’re taking courses amongst several disciplines) and keep a research database in the ‘cloud’ (i.e. you can log in on any computer and it’s all there). For graduate students and faculty working on large documents, it can also streamline referencing and make sure that you have perfect footnotes.

END_OF_DOCUMENT_TOKEN_TO_BE_REPLACED

The Government of Hungary faced widespread international criticism last December, after it introduced legislation that curtailed press freedoms. The outcry came from all corners of Europe and North America, and Budapest had little choice but to bow to European Union pressure and amend the ominous law. But journalists, political analysts and foreign politicians paid far less attention to an announcement by Bence Rétvári, the secretary of state at the Ministry of Justice, when he noted that his government would enact legislation leading to the removal and possible destruction of original archival documents currently stored at the Historical Archives of Hungarian State Security (ÁBTL).

END_OF_DOCUMENT_TOKEN_TO_BE_REPLACED These revolutions belong to their respective peoples and nations and no one else; yet, they are being championed as proof of the inevitable march of history — aided by technology — toward progress. END_OF_DOCUMENT_TOKEN_TO_BE_REPLACED 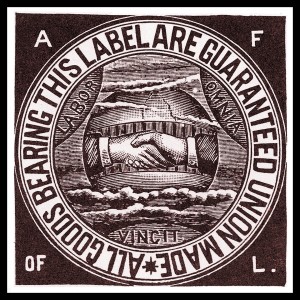 END_OF_DOCUMENT_TOKEN_TO_BE_REPLACED

The Rockefeller Archive Center (RAC) invites proposals for a week-long workshop on “Philanthropy and the Environment” to be held in May 2011 at its location in Sleepy Hollow, NY. Proposals are invited from scholars from across a variety of disciplines and in various stages of their career, from post-comp grad students to junior or senior scholars. Participants will be given an opportunity to engage in a number of activities, including working with archival staff to identify relevant document collections, use of environmental collections held by the RAC, and engaging with other scholars across a number of disciplines that are interested in environmental issues. All expenses, including travel, lodging and meals will be covered by the RAC. A brief proposal of no more than 1000 words is due by 15 March 2011. Please see the link below for further details on the program. 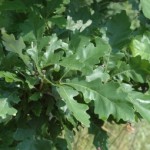 A man wakes up somewhere near Little Missouri National Grassland, North Dakota – except, he didn’t call it that back then.  He looks at his wife, admires the curve of her hips and her soft belly, a half-moon pushing against her buffalo robe.  “Wife,” he says, “We’ve got this river flint.  I am travelling northeast to trade.”  Maybe he wanted some miskwaabik (copper) from around Lake Superior.  Hard to say. END_OF_DOCUMENT_TOKEN_TO_BE_REPLACED 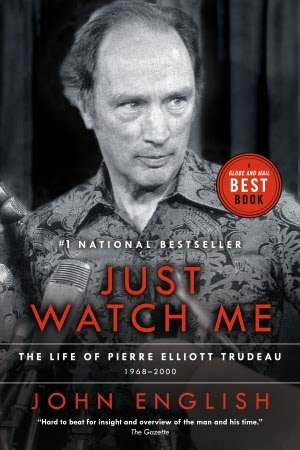 Today we are publishing our fifth review by someone outside of academia of a book written by a professional historian. Public relations consultant and blogger, Kurt Heinrich, reviews English’s second bibliography of Trudeau. Read the full review HERE.

If you would like to review a book for ActiveHistory.ca please send us an email: info (at) activehistory.ca

I have just completed a dissertation on the history of the Lower River Lea and West Ham on the eastern edge of London in the late nineteenth and early twentieth centuries. During years of research and writing I’ve looked at a wide range of sources from this time period including government documents, newspapers, photographs, maps, oral history interviews, civil engineer’s records and public health reports. Together these sources allowed me to know this area very well, but until today I’ve never seen film footage of the landscape from the late-nineteenth century.

Through pure serendipity I decided to write a post about historical films on the internet two days after the British Film Institute (BFI) uploaded a fifty-five second clip to their YouTube Channel of the launching of the HMS Albion from the Thames Ironworks Shipyard in West Ham. The HMS Ablion was one of the last battleships built on the Thames. This film records a major tragedy, as the launch created wave that capsized a jetty killing almost forty onlookers (it is not easy to figure out exactly where this takes place watching the film). While I knew about this tragedy, I was more captivated by this very short footage of the landscape I’ve been studying for more than five years. The abundance of smoke and smokestacks, the scale of the warship built near the mouth of the Lea and the huge piles of coal in the right of the frame all add to my existing knowledge of this space. This moving image, even of limited quality and length, is different from all the other sources I’ve consulted; it seems to bring history to life.