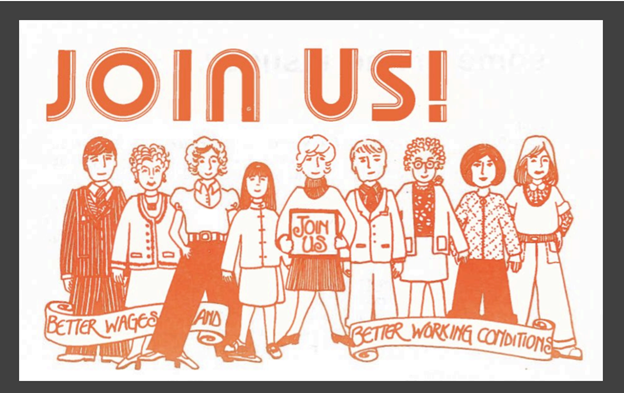 We live in polarized times. After preaching for years that “the world needed more Canada” because of our “exceptional” ability to politely navigate the politics of diversity, Canadians no longer seem immune to the forces of division and dissatisfaction that have led to Brexit, to Trumpism, or to a myriad of other worrying signs of incivility stalking the globe. The lines of division go beyond where one stands on issues of reproductive choice, gun control, vaccine safety, or climate change. Socioeconomic disparities have been increasing over the past twenty years and with this growing disparities in the access to levers of power across Canadian society. These inequities are exacerbated by Indigeneity, race, ethnicity, disability, and sexual and gender identity. Growing disenfranchisement driven by these inequalities has deepened social and political polarization between those who advocate for greater state intervention to address them and those who argue for smaller government and more personal responsibility for solving them. In short, the “Age of Fracture,” as Daniel Rodgers once called the late 20th century, seems even more so in the 21st century. Understanding the contemporary historical origins of these fault lines has never been more important.

The upcoming online conference “Between Postwar and Present Day” (May 6-8, 2021) seeks to do just that by bringing together more than 80 graduate students, public historians, and scholars across 25 sessions to explore both the emerging scholarship as well as the lacuna within the field of Canadian contemporary history. The conference includes a range of public events: a roundtable with journalists Ian Hanomansing and Susan Delacourt; a conversation with Abenaki documentary maker and activist Alanis Obomsawin; and two important plenaries that assess the current state of the field and consider what new sources (media, oral histories, non-state archives, digital archive projects), methods (Historical GIS, digital history, community-based research), and interpretive frameworks (spatial, mobility, and transnational “turns”) developed over the last two decades might provide for (re)conceptualizing and guiding future studies of late 20th century Canada. In addition, the conference features two important panels that examine neoliberal conceptualizations of the period, as well as new methodologies to tease out themes and frameworks that might guide approaches to research and teaching the history of late 20th century Canada.

Once infamously described as a period in which nothing happened, short of bad fashion and even worse music, historians now see the 20th century’s last three decades, beginning with the 1970s, as one of the most crucial eras of social, political, economic and even cultural transformation in modern history. Any brief examination of the events of the 1970-2000 period illustrates that it is a particularly rich period for analysis and understanding of contemporary Canada. Over these three decades, Canadians experienced the same fundamental social, political, economic, and cultural realignments going on across the world. For one, this was the period in which Canada fully “came of age” with the repatriation of Constitution, while the passage of the Charter of Rights and Freedoms provided hard-won platforms for Indigenous peoples, women, queer communities, people with disabilities, and immigrants and refugees to have a greater influence on politics and society. While legal battles over Charter rights were influential, so too was social movement activism on a wide array of fronts, including environmental activism, queer liberation and anti/alter-globalization movements; many of these movements had strong transnational connections. At the same time, increasing global neoliberalism led to austerity budgets, trade liberalization, deregulation, and the reconceptualization of the nation’s social safety net. Culturally, Indigenous politics rooted in international decolonization movements, tensions between Quebec and Canada, Canada and the United States and challenges to Canada’s recently redefined identity as an inclusive and multicultural nation made “Canadian identity” an increasingly contested imaginary.

And yet despite the growing scholarship, much of the 1970-2000 period remains what Nils Gilman has called a “historiographical no man’s land.” Sadly, this seems particularly true in the Canadian case. While there is a strong understanding of what might be broadly termed the postwar period in Canadian history (1945-1973), including most recently “the long Sixties” (1957-1973), much of the subsequent period remains under-examined. Recently the authors of the Canadian Historical Review forum on “Reconsidering 1969” universally argued that Canadian historians need to move on from such conceptualizations if they hope to build a broader understanding of the nation’s contemporary history. Most of the literature concerning late 20th century Canada remains presentist in its orientation: little of it is rooted in traditional (or even non-traditional) deep archival research, and much of it is isolated by disciplinary approaches and subject matter. In short, Canadians do not yet have a mature and comprehensive historical overview of the period that readily connects with approaches, interpretations, and methodologies that characterize the growing international literature on the era.

Though it is too early to say what the impacts of the conference will be, it is useful to highlight some of the important themes and interpretive and methodological insights that will guide its proceedings.  Many of the presenters we highlight below have also appeared in pages of Active History.

The first theme, which is woven through multiple panels (21 total papers) concerns the radical transformation of understandings of sex and gender based on grassroots feminist and women’s activism and the rainbow panopoly of LGBTQ social movements. For example, the panels on maternal health emphasize that the current focus on changes to the Criminal Code in 1969 fails to account for the sustained fight for reproductive justice that took place over the next two decades. Similarly, the limited scholarship on the Royal Commission on the Status of Women has tended to focus on its origins in the 1960s, but overlooks the fact that it did not report until 1970, with many of its landmark recommendations not achieved until the new century. More importantly, several panels focus on recent challenges the liberal feminist understandings of Second Wave feminism from intersectional feminist and racial frameworks. This is also true of the panel on Queering the 1970s, which aims to deconstruct traditional narratives of the rise of gay liberation that have promoted the histories of white, middle-class, able-bodied gay men, and seeks to explore key themes that have been sidelined or erased.

A second highlighted theme considers transformations of conservative politics and parties. In eleven papers and two panels, presenters examine the resurgence of the political right during the 1970s and 1980s. Several panels examine attempts by progressive Tories to maintain their relevance in an increasingly neo-liberal/Liberal era. Others reveal how “big tent” Toryism faced challenges from below, with the rise of the religious right intent on challenging and even turning back the social and cultural liberalization or “permissiveness” of the period. Still others presentations demonstrate how populist and religious conservative movements connected with national and transnational networks when positioning themselves as “protectors” of Canadian traditions and values.

A third key theme is the burgeoning focus on the politics of energy and the environment (9 papers and 2 panels) that has so defined the history of Canada’s last half century. Various presentations examine the responses of Canadian governments, energy producers, and publics to the parallel oil shocks of the 1970s and the rise of environmental movements. Here too, many of these papers draw interpretive insights from the transnational “turn” to better understand national debates. Transnational perspectives are particularly useful when examining energy and environmentalism in the Arctic, not only at the level of nation-states, but also of the Indigenous peoples of the circumpolar north.

This online conference is freely accessible and will appeal broadly to any folks interested in the history of this transformative era. To register for the conference, visit our website and for regular updates, follow us on twitter at @BetweenPostwar. Insights from the conference will appear in Active History, NiCHE, and in a forthcoming edited collection supported by the Wilson Institute for Canadian History with McGill-Queen’s University Press.

One thought on “Between Postwar & Present Day: The Possibilities and Perils of Contemporary History”