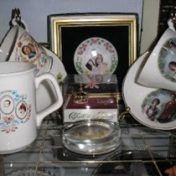 Gillian Leitch I have always collected things.  I think it is a part of what has made me a good researcher, the desire to see and have many examples of something that interests me and from which I can create a larger narrative. Certainly, as a historian I have collected documents, information and knowledge about my research interests of immigration,… Read more »

This is the eleventh and final post in a series, “History En Vélo,” about cycling and thinking historically, shared with NiCHE. By Peter Cox I used to ride. I used to ride, a lot. I rode as a kid, cherishing the possibility of exploring on my own. I rode for fun, just because I could. I rode as a teenager to escape… Read more » 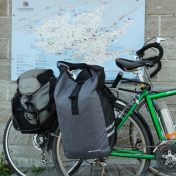 This is the tenth in a series, “History En Vélo,” about cycling and thinking historically, shared with NiCHE. By Jacqueline Scott It was one of the most important stagecoach routes in the early 1800s. Then, travelling the Toronto-Kingston-Montreal route took about a week. We had a weekend to cycle roughly 300 kilometres, covering the Toronto to Kingston portion of the trail. Biking… Read more »

By Michael Egan This is the ninth in a series, “History En Vélo,” about cycling and thinking historically, shared with NiCHE. Hang the anachronism: I liked the alliteration. The sentiment remains, however. I would prefer not to superimpose Herman Melville’s scrivener’s rejection of the world he inhabits while inhabiting that world as metaphor for the bicycle’s place in twenty-first-century petrocultured environments. I… Read more »

By Erin Gallagher-Cohoon PMTC Co-Organizer’s note: Unlike me, Erin has not yet had the opportunity to publish the initial piece of writing that inspired and was inspired by the Pandemic Methodologies Twitter Conference. We felt that this series was the right place to begin that process and ensure that her thoughts, writing, and emotions had a place. The unconventional, beautiful… Read more »

This is the sixth post in the Pandemic Methodologies series. See the introductory post for more information. By Johanna Lewis and Daniel Murchison  Introductions We are part of academia’s COVID generation – ours is a cohort of scholars whose graduate studies coincided with the global pandemic. COVID has produced many challenges, at micro and macro levels, and textured how we practice… Read more » 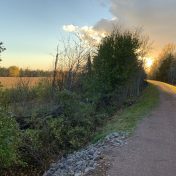 This is the eighth in a series, “History En Vélo,” about cycling and thinking historically, shared with NiCHE. By Josh MacFadyen I’m not sure I belong in this series on cycling and its connections to academic thinking. I am nothing more than a stubborn bike commuter. I’m not a racer, club member, gearhead, or aficionado of any kind. I don’t care if… Read more »

This is the fifth post in the Pandemic Methodologies series. See the introductory post for more information. By Victoria Seta Cosby Being back on campus is like being in an alternate universe where everything is the same and yet somehow different. Everything feels familiar while also being simultaneously much more sinister and dangerous. Teaching on campus has always carried some pressures, but… Read more » 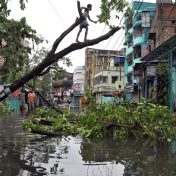 This is the twelfth and final post in the series Historians Confront the Climate Emergency, hosted by ActiveHistory.ca, NiCHE (Network in Canadian History & Environment), Historical Climatology, and Climate History Network. By Vinita Damodaran In May 2020, Cyclone Amphan battered the east coast of Bangladesh and India, especially Kolkata and the Sundarbans, leaving hundreds of people dead and causing damage of over $13… Read more »

This is the fourth post in the Pandemic Methodologies series. See the introductory post for more information. By Emily Kaliel  At the beginning of September, I sat down to plan out my fall term schedule and goals. Knowing that my current capacity (as both a history graduate student and as a human) is absolutely diminished by almost two years of a… Read more »