By Aaron Boyes and Sean Graham You know what they say about decades – in like a lamb, out like a lion. 2019 has been, at times, a slog. From a remarkably contentious federal election campaign, to impeachment, to climate change, to violence, consuming news this year has rarely left us with an overwhelming feeling of optimism. That’s why stories… Read more »

By Aaron Boyes & Sean Graham Every time you open a new tab you are bombarded with “Best [TV, sports, news, etc.] Moments of 2018!” At this time of year, it’s unavoidable. While some lists are appropriate – such as the worst sports ?blunders of the year, or best dressed of the year – others require some more time to… Read more »

By Aaron Boyes and Sean Graham Over the past month I have had, and overheard, many conversations with friends, family members, and coworkers about the year 2016, and the overwhelming consensus is that this has been an unusually bad year. Numerous events occurred that shocked the public, such as the outbreak of the Zika virus; the Brexit vote and its… Read more »

By Aaron Boyes and Sean Graham Joshua Feuerstein is someone that we had never heard of until he posted a video to Facebook claiming that Starbucks “hated Jesus” because they took Christmas off their red cups. This launched a wave of articles and responses discussing the so-called War on Christmas. What nobody seemed to notice, or at least care about,… Read more »

By Aaron Boyes and Sean Graham Another year has passed, and with that more lists discussing the most important people/events of 2014 will soon be appearing on websites, in magazines, and on personal blogs. For us, however, we will once again be using historical hindsight to discuss, and debate, the most important/influential events of 100 years ago. We have identified… Read more »

By Aaron Boyes and Sean Graham Each year, websites and magazines come out with year in review articles that attempt to summarize the year and highlight the major events of the previous 12 months. While these can be entertaining, they are fraught with peril as it is difficult to determine what, moving forward, will prove to be influential. If you… Read more »

While many writers will be surrendering their soapboxes to reflection and summation — perhaps as the basis for trying to predict where it seems we’re headed — I’d like to offer a different sort of historically-minded meditation: a brief you are here assessment informed by two somewhat interconnected statements that recently caught my attention. 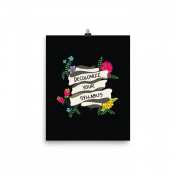