“One way of making education more holistic is to get outside the classroom and off the campus. It interrupts the programming that twelve years of classroom conditioning automatically call up; the change in environment changes everything. The class becomes a social unit; students become more fully rounded human beings not just people who either know the answer or don’t know it. Inside the classroom, it’s one kind of student that dominates; outside, it’s another. Tying course content to the world outside offers a real-world site for asking theoretical questions; it answers students’ need to feel that their education is good for something other than a grade point average.  And it begins to address the problem of the student who has no conception of what is possible after graduation…” – From A Life in School by Jane Tompkins, Duke University, Addison Wesley Longman, 1996 (from Service Learning website at St. Francis Xavier University)

Since joining the Active History CHA group a year ago I have been wrestling with the concept of what it means to be an “active historian”. While the teaching of history is an evident tool of engagement for the historian, and has been the subject here of some wonderful posts about the many diverse and fascinating projects currently on the go, I am still left with a familiar question I have had since my days as an idealistic undergraduate history student; how to mesh our sense of civic engagement/political activism/social responsibility with our interests and skills as aspiring/professional historians and, for those of us who want and actually get teaching positions, future educators? END_OF_DOCUMENT_TOKEN_TO_BE_REPLACED

4)) Digest of this week’s blog posts

END_OF_DOCUMENT_TOKEN_TO_BE_REPLACED 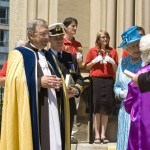 On July 4, American Independence Day, the Queen of Canada, as Prime Minister Stephen Harper called her throughout her recent visit, attended a Sunday morning service at St. James Cathedral in downtown Toronto. Four days after Canada Day, the choice of a service at St. James, one of the most visible manifestations of Toronto’s increasingly atavistic ‘English connection’, was a reminder of the living presence of history.  This was poignantly apparent in Queen Elizabeth’s personal decision (according to Kevin S. MacLeod, Canadian Secretary to the Queen) to present two peals of hand bells to the Chapels Royal of the Mohawks. END_OF_DOCUMENT_TOKEN_TO_BE_REPLACED 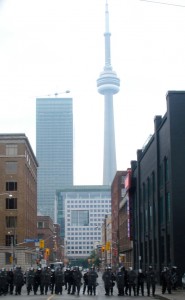 South of Queen Street During CLC Protest (Picture by Author)

This post is a continuation of yesterday’s post by Christine McLaughlin, which looked at the moral economy of the G20 crowds.

As Sean Kheraj noted last week, many commentators seemed surprised about the police violence that gripped Toronto through the G20 weekend. Many of my contemporaries were surprised that Mayor David Miller and most of his counterparts (except for some subsequent rumblings from the provincial NDP and mayoral candidates) expressed their firm and complete support of police actions. “Figures,” many resignedly noted, “politicians always have to support the police.” (To be fair, it was a bit less surprising when the polling numbers were released) Well, no, they don’t, and a brief trip through Toronto’s 20th century past can show us two things: firstly, that police violence and arbitrary use of power has a long history in Toronto. More importantly, however, we see that citizen action can spur meaningful regulatory change. We can do something (for some hopefully helpful suggestions, along with a personal account of the G20, please scroll to the bottom of the post).

END_OF_DOCUMENT_TOKEN_TO_BE_REPLACED 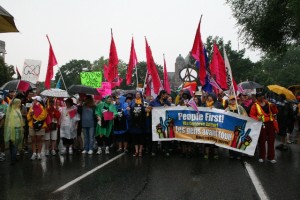 The late British historian E.P. Thompson has undoubtedly made the greatest contribution here.  His 1971 “The Moral Economy of the English Crowd in the Eighteenth Century” explores food riots in eighteenth-century England, suggesting there was indeed a well-thought purpose inspiring rioting English crowds.  Agitating against the free market ideology propagated in Adam Smith’s 1776 Wealth of Nations, rioting crowds sought to protect their “moral economy,” rooted in a tradition of paternalism, protection of the poor, and a just price, from the turn to a profit-driven economic system underway in England at the time. END_OF_DOCUMENT_TOKEN_TO_BE_REPLACED 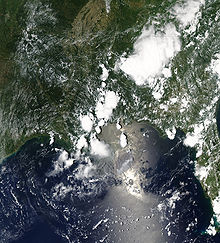 END_OF_DOCUMENT_TOKEN_TO_BE_REPLACED

July 11 2010 marks the 20th anniversary of the Oka Crisis.  The Quebec crisis pitted the Mohawk community of Kanesatake against the Francophone community of Oka over the expansion of a municipal golf course onto Mohawk burial grounds.

After a year of unsuccessful attempts at reaching resolution through the courts, the Mohawk set up barricades and occupied the burial grounds.  The conflict that arose resulted in a 78 day stand-off between the Mohawk, the Sûreté du Québec and the Canadian military.  On July 11th riot police stormed the occupation, resulting in the death of police officer Marcel Lemay.

Remembering this event provides an important opportunity to reflect on how Canada, Canadians and Aboriginal people engage with each other and each other’s past. END_OF_DOCUMENT_TOKEN_TO_BE_REPLACED

END_OF_DOCUMENT_TOKEN_TO_BE_REPLACED 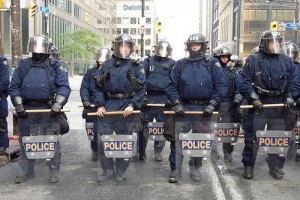 Today is the one-hundred and forty-third anniversary of Canada’s Confederation and the formal birth of the country’s federal political system.

And instead of waving the flag in a perfunctory fashion (yes, I know the Queen is visiting), I’d like to wave it in distress over the present dysfunction in our federal politics by briefly singling out four serious issues in the form of a short reading list.

This is not a review or even a formal examination of the sources mentioned by any means; rather, it is an attempt to share ideas and provoke debate on a day reserved for national reflection that is seldom used to actively further a collective discourse. END_OF_DOCUMENT_TOKEN_TO_BE_REPLACED